"THIS LAW IS VERY UNJUST!" By Teresa Mina, as told to David Bacon 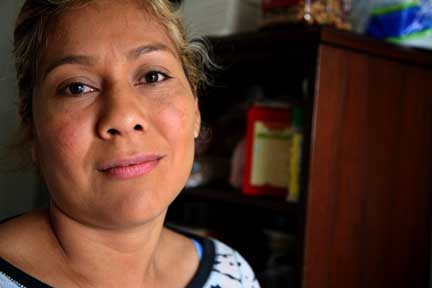 New America Media allows Teresa Mina, a San Francisco janitor and member of Service Employees Union Local 87, to tell her story.  She was fired because the company said she didn't have legal immigration documents. Immigration and Customs Enforcement told her employer to fire 463 workers because they lack legal immigration status. She told her story to David Bacon the day before she returned to Mexico.

These are the kinds of noncitizens who the Obama administration is targeting in "silent raids" of workplaces through increased audits.  As the administration and its "enforcement now, enforcement forever" mentality aims to set another removal record of over 400,000 this year (10% more than President Bush's record in 2008), real people like Teresa Mina will suffer.

Listed below are links to weblogs that reference "THIS LAW IS VERY UNJUST!" By Teresa Mina, as told to David Bacon :