From the Bookshelves: Faces of America by Henry Louis Gates, Jr. 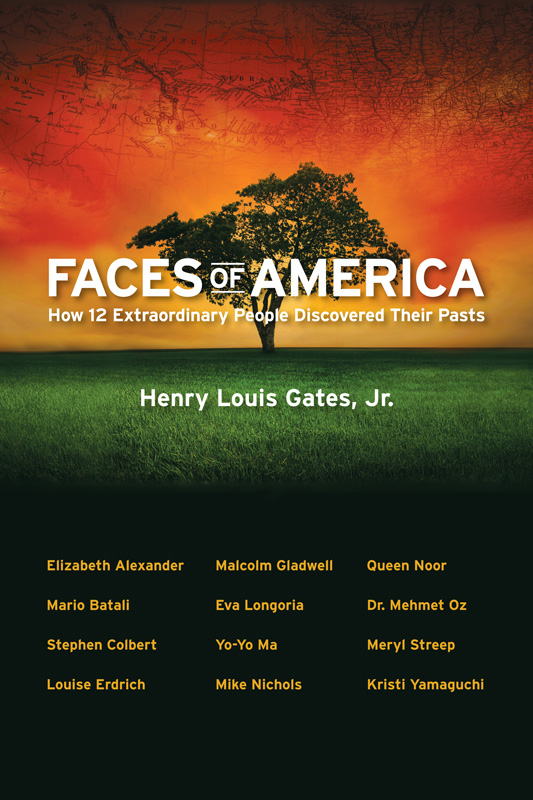 As a nation of immigrants, the American experience is vibrantly defined by the diverse racial, ethnic, cultural, and religious heritage of its people. Perhaps because so many of their ancestors migrated to this country relatively recently, Americans are especially concerned with their family trees, carving out personal histories by combing through documents such as wills and estate records, federal and state censuses, and private family papers, and mining the stories and tales handed down to them by their forebears. Since 2007, the Harvard scholar Henry Louis Gates, Jr., has been helping African Americans find long-buried details about their ancestors by researching their family trees and then, when the paper trail ends, by analyzing their DNA and marrying that information to a wealth of historical data. Now, in Faces of America Gates explores the family trees of twelve of America’s most recognizable and extraordinary citizens, individuals who learn that they are of Asian, English, French, German, Irish, Italian, Jamaican, Jewish, Latino, Native American, Swiss, and Syrian ancestry: Inaugural poet Elizabeth Alexander, chef Mario Batali, comedian and television personality Stephen Colbert, writer Louise Erdrich, writer Malcolm Gladwell, actress Eva Longoria, cellist Yo-Yo Ma, writer and director Mike Nichols, former monarch of Jordan Queen Noor, surgeon and author Dr. Mehmet Oz, actress Meryl Streep, and Olympic gold medalist and figure skater Kristi Yamaguchi. In addition, each of the subjects in Faces of America underwent dense genotyping to trace their genetic ancestry on their father’s line, their mother’s line, and their percentages of European, Asian, Native American, and African ancestry. Faces of America unfolds as a riveting journey into our country’s complex ancestral past. Readers will share in the surprise and delight, the shock and sadness of these twelve individuals themselves as Gates unveils their rich family stories, traced back to their arrival on America’s shores, and beyond, deep into the history of their ancestors’ countries of origin. America, as Gates shows us, is a nation of many historical threads, interwoven and united in the present moment. In this compelling book, Gates demonstrates that where we come from profoundly and fundamentally informs who we are today.

Listed below are links to weblogs that reference From the Bookshelves: Faces of America by Henry Louis Gates, Jr.: