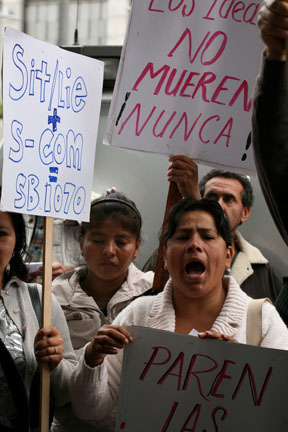 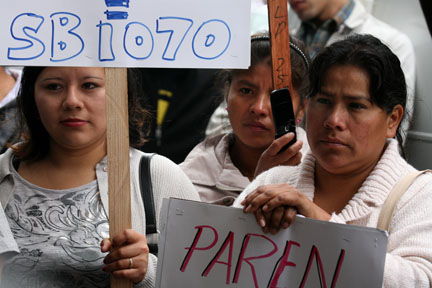 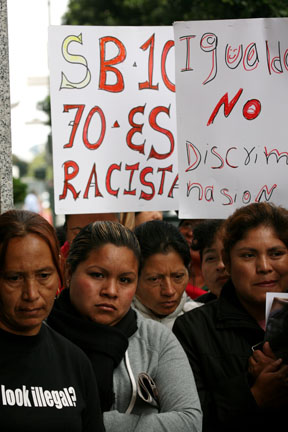 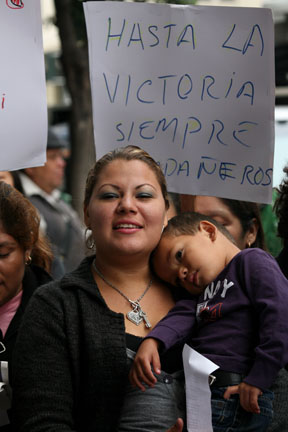 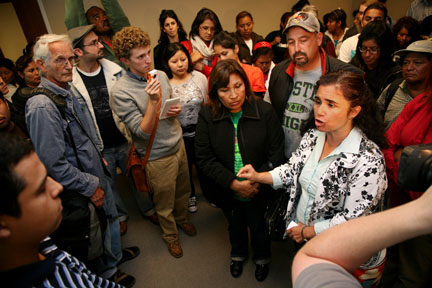 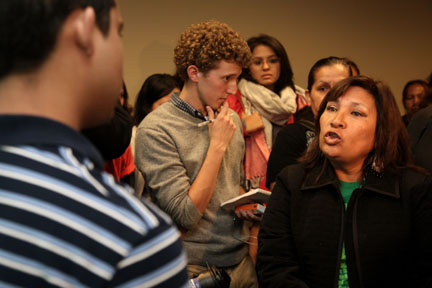 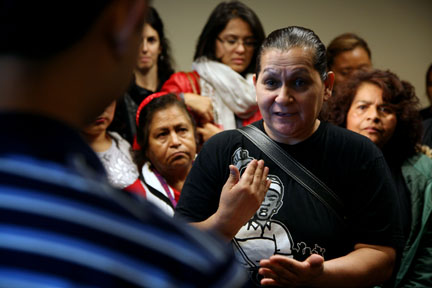 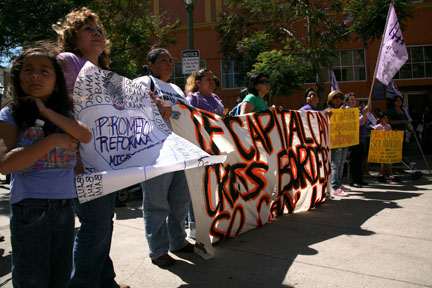 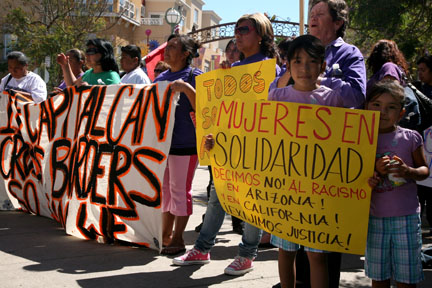 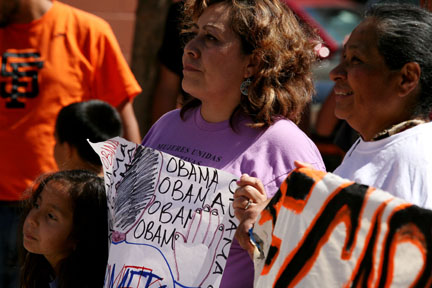 In San Francisco and Oakland, immigrants and community activists protested Arizona's SB 1070, which would require police and local law enforcement to check the immigration status of people they suspect might be undocumented, on the day the law took effect. A day earlier Federal Judge Susan Bolton invalidated much of the law, but demonstrations involving thousands of people took place against the law around the country nevertheless.

In San Francisco demonstrators also protested cooperation between police and immigration agents in arresting people for deportation, in front of the office of California Attorney General Jerry Brown. Brown, a candidate for governor, ruled that San Francisco could not opt out of the Secure Communities program, which mandates such cooperation and would invalidate San Francisco's sanctuary city ordinance. Protestors then went into Brown's office and told one of his assistants about their objections to his action.

Renee Saucedo, an attorney with La Raza Centro Legal and a leader of the protestors, said: "It's no coincidence that Arizona has this outrageous law, because all the proposals from Washington on immigration reform encourage the same criminalization, racial profiling and discrimination. Immigrant communities are demanding an end to these policies and laws, including "Secure Communities" and "E-Verify." We deserve a new direction from Washington, with real change, including legalization and workers' rights."

In many other parts of the country, demonstrations connected the Arizona law to local anti-immigrant measures, and to an increase in enforcement actions by the Federal government. In Mississippi, the Mississippi Immigrants Rights Alliance held a protest inside the state capitol in Jackson, in front of a statue of former Senator Theodore Bilbo. In the era in which African-Americans were beaten and even lynched for demanding voting and civil rights, Bilbo was a leader of the Dixiecrats in Congress. He was notorious for attacking African Americans, Jews, immigrants, Catholics and all progressive people.

A church choir sang "Listen Mr. Bilbo," written by Bob and Adrienne Claiborne in 1946 and popularized by Pete Seeger and the Almanac Singers. The song begins with the verse:

Listen, Mr. Bilbo, listen to me

I'll give you a lesson in history.

Listen and I'll show you that the foreigners you hate

Are the very same people made America great.

Bill Chandler, director of the Alliance, asked: "Is not trying to bring this xenophobic and racist Arizona law into Mississippi playing the Bilbo Card? Is it not their stated intent to intimidate and drive immigrants out of our state, just as their ancestors' intent was to intimidate, terrorize, and drive out African Americans in the last century? And to enforce inequality on those left behind?"