Crime Down in LA, Immigrants to Blame? 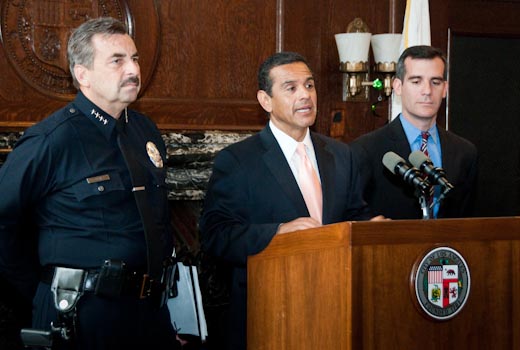 For the eighth year in a row, crime is down in Los Angeles.  This is the case even though the City has suffered the same severe economic downturn that the rest of the nation has.  Click here to see the press conference with Mayor Villaraigosa announcing the latest crime data for LA.

And, as you no doubt are aware, Los Angeles is viewed by many as the immigrant capital of the United States.  So be it for the claim that immigrants bring crime with them.  Arizona, which enacted its new immigration law based on the exagerrated claim by, among others, Governore Jan Brewer, that there was an immigrant "crime wave" in Arizona, appears to have seen a decrease in violent crime in the state (even before its new law goes into effect).

Maybe we should have more immigrants in larger numbers in other cities to decrease the crime rate?

Listed below are links to weblogs that reference Crime Down in LA, Immigrants to Blame?: