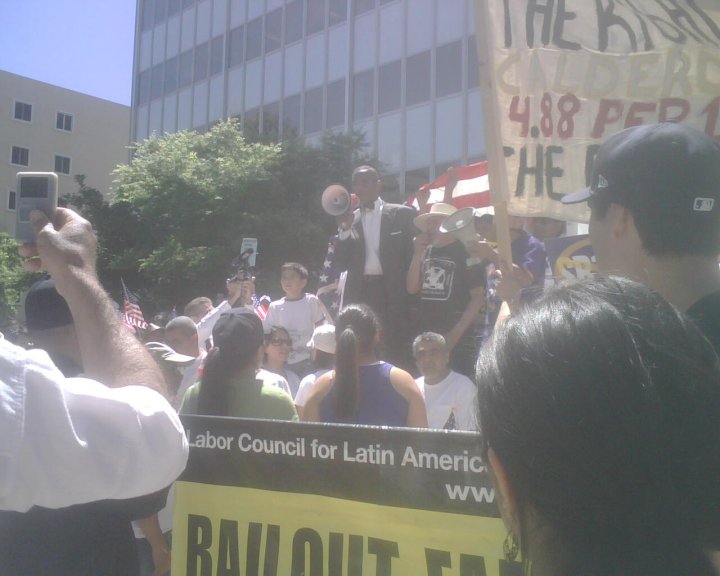 News reports estimate that tens of thousands of demonstrators joined marches and rallies Saturday in cities across the country, protesting Arizona's foray into immigrtaion and calling on Congress to pass an immigration overhaul. In Los Angeles, the crowd was estimated at 50,000-60,000. Protesters numbered 25,000 in Dallas, more than 10,000 in Chicago and Milwaukee, in the thousands in San Francisco and in Washington, D.C. Eventss were held in more than 70 places acress the United States. In Washington, D.C., immigration reform champion Congress member Luis Gutierrez was arrested outside the White House.

Listed below are links to weblogs that reference Immigration Marches Across America: