The Efficacy of the Obama Administration's "Enforcement Now, Enforcement" Forever Approach to Immigration 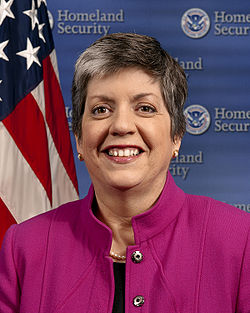 We are in the second year of the Obama admininstration.  Department of Homeland Security Secretary Janet Napolitano has made immigration enforfcement first among her priorities.  Detention has continued.  Deportations are hitting new record levels, and are now at roughly a 1000 a day.  Workplace raids have changed in kind (electronic not physical) but not in impact.

Ken Dilanian for the L.A. Times reports on the claims of immigrant advocates that the Obama administration continues harassing many immigrants for removal who pose no threat – despite the President's promises to target bad actors and help legalize others.  The story offers an example of a recent Ninth Circuit case:  " When the Obama administration went before California's 9th Circuit Court last year seeking to deport a middle-class couple from Nevada, one judge criticized the government's case as `horrific.' Another labeled it the `most senseless result possible.' A third complained of `an extraordinarily bad use of government resources.'"

The argument for the enforcement emphasis of the Obama administration is that we need to secure the borders, demonstrate a federal commitment to enforcing the immigration laws, and calm tensions before bringing comprehensive immigration reform to Congress.  What we have seen is more enforcement, more detentions, more deportations combined with

(1) increased unrest at the state and local levels on immigration (think about what has beeen going on in Arizona over the last few weeks); and

(2) a bit of talk about the possibilitiy of reform (and a few meetings and telephone calls by the President).  To make matters worse, charged rhetoric has created a difficult environment for Latinos in many parts of the country who feel that it is open season on Latinos in the United States.

This is where we are left.  And so long as the Obama administration sits on its hands on immigration reform, this will be where we stay.  Latinos, Asians, and supporters of immigrants generally have lots to think about as the fall 2010 elections approach.

Listed below are links to weblogs that reference The Efficacy of the Obama Administration's "Enforcement Now, Enforcement" Forever Approach to Immigration: