From the Bookshelves: Citizenship and Its Exclusions by Ediberto Román 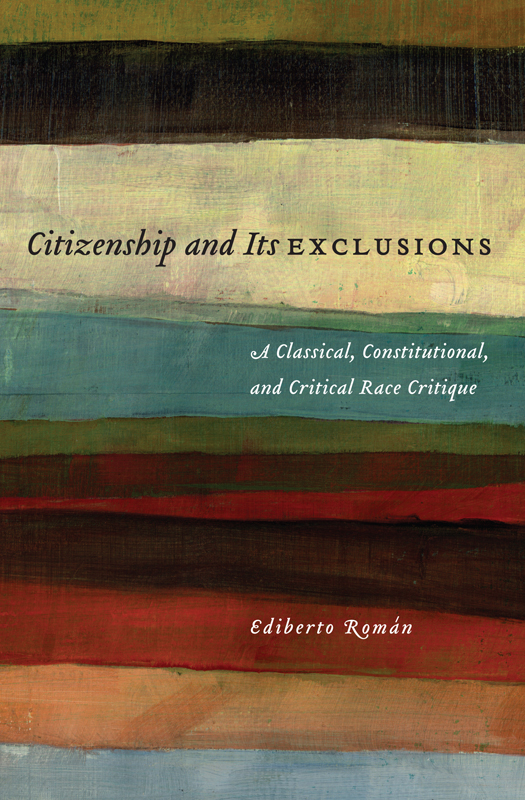 Citizenship is generally viewed as the most desired legal status an individual can attain, invoking the belief that citizens hold full inclusion in a society, and can exercise and be protected by the Constitution. Yet this membership has historically been exclusive and illusive for many, and in Citizenship and Its Exclusions, Ediberto Román offers a sweeping, interdisciplinary analysis of citizenship’s contradictions. Román offers an exploration of citizenship that spans from antiquity to the present, and crosses disciplines from history to political philosophy to law, including constitutional and critical race theories. Beginning with Greek and Roman writings on citizenship, he moves on to late-medieval and Renaissance Europe, then early Modern Western law, and culminates his analysis with an explanation of how past precedents have influenced U.S. law and policy regulating the citizenship status of indigenous and territorial island people, as well as how different levels of membership have created a de facto subordinate citizenship status for many members of American society, often lumped together as the “underclass.”

Listed below are links to weblogs that reference From the Bookshelves: Citizenship and Its Exclusions by Ediberto Román :