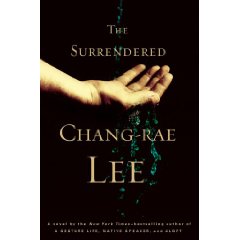 Born in Korea in 1965, Chang-rae Lee immigrated to the United States with his family when he was 3. He graduated from Yale with a degree in English and from the University of Oregon with a MFA in writing. Lee worked as a financial analyst before turning to writing full time. Lee now serves as the director of Princeton's Program in Creative Writing. His first novel, Native Speaker (1995), won the PEN/Hemingway Award and centers around a Korean American industrial spy. In 1999, he published his second novel, A Gesture Life. This elaborated on themes of identity and assimilation through the narrative of an elderly Japanese-American. Lee's 2004 novel Aloft features a disengaged and isolated Italian American suburbanite. His most recent novel is The Surrendered (2010), which is the subject of a New York Times review.

Listed below are links to weblogs that reference Immigrant of the Day: Chang-rae Lee (Korea):