Will (Anti) Immigration be an Issue in the California 2010 Elections? Could Be, Maybe 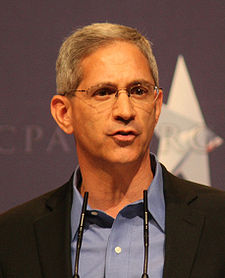 Republican gubernatorial candidate Steve Poizner seems to be trying to capture the far-right of the party in his fight for the Republican nomination for governor with Meg Whiitman.  On immigration, this apparently means a tough-on-immigrants, enforcement-oriented approach.  Poizner reportedly (and here) would consider deploying the National Guard to patrol the California border with Mexico.  For a video in which he emphasizes the so-called national security risks and economic costs (sound familiar?) posed by "illegal immigration," click here.  I am not sure how the National Guard would help but unfortunately that puts Poizner in the mainstream of Republican (and many Democratic) thinkers about immigration.

Former Chapman Law School Dean John Eastman, long an advocate of tough-on-immigrant measures and even questioning the birthright citizenship guaranteed by the 14th Amendment of the U.S. Constitution, may follow a similar course in pursuit of the Republican nomination for Attorney General.  For John's manifesto, including a shot at "criminal aliens," click here.

I would be the first to agree that immigration is an important issue.  But politicians who rant on the evils of "illegal" immigrants should beware.  In 1994, California Governor Pete Wilson hitched his campaign to Proposition 187, an anti-immigrant milestone of the 1990s that a court ruled to be unconstitutional.  Many Latino voters still have not forgotten.  Where is Pete Wilson now?  Retired from politics and an incognito visitor to any Republican gathering.

Can you tell me who this is? 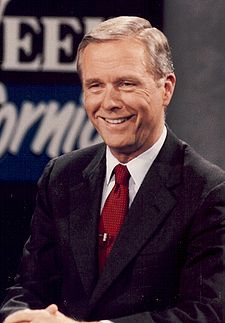 Listed below are links to weblogs that reference Will (Anti) Immigration be an Issue in the California 2010 Elections? Could Be, Maybe: