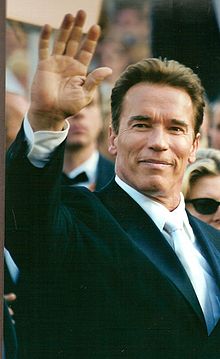 California's budget woes are as well-known as its high profile governor -- and both are often in the news, in these days oftentogether.  The Wonk Room reports that, although "anti-immigrant groups have been eager to blame California’s budget woes on the state’s undocumented immigrants," "yesterday, in an interview with Fox News’ Greta Van Susteren, Gov. Arnold Schwarzenegger (R-CA) denied these accusations. While recognizing that undocumented immigration does pose some costs to the state, Schwarzenegger reiterated that the recession that California is experiencing is the result of a larger economic downturn, not immigration. And while the anti-immigrant crowd is quick to cite California’s economic troubles as a reason to clamp down on immigration, Schwarzenegger supports a more open policy that gives immigrants an opportunity to contribute to the state of California."

Listed below are links to weblogs that reference BREAKING NEWS: Governator Says that Golden State's Budget Woes Not the Fault of Immigrants! :