Johnson on Navarette on Schwarzenegger: On Seeking Federal Assistance for the Costs of Immigration 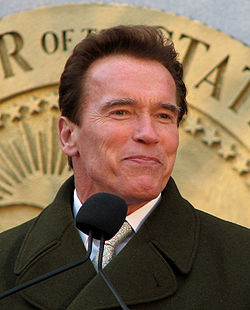 Columnist Ruben Navarette Jr. in a column published widely today chastises California Governor Arnold Schwarzenegger for, in his State of the State speech, overemphasizing the costs of undocumented immigration while ignoring the benefits in seeking more federal support for the state to address the costs of immigration.  Navarette has something of a point but I think that he is somewhat unfair in explaining the reason that the State is seeking federal support.

Until recently, the conventional wisdom has been that federal power over immigration is exclusive, leaving little room for state and local regulation. Nonetheless, in the last few years, a growing number of state and local governments frustrated with the failure of Congress to enact comprehensive immigration reform, and increasingly uneasy over the real and imagined changes brought by new immigrants to their communities, have adopted harsh measures – after deeply divisive public debates that frightened many Latina/os -- that purport to address undocumented immigration and immigrants. Class and race, as well as legitimate concerns, such as the distribution of the costs of immigration, unquestionably have influenced the passage of these measures.

Budget crunches faced by state and local governments have contributed to the support for the immigration measures. Some costs imposed by immigration, such as elementary and secondary school education for undocumented students, for the most part are paid by state and local governments, while the federal government reaps the bulk of tax revenues attributable to immigration and immigrants. This “fiscal disconnect” contributes to local concern with immigration and immigrants. In the past, some states, such as Arizona, New Mexico, and, at times, California, have successfully sought support for the costs of immigration from the federal government. Such efforts are more viable than those devoted to closing the borders, or chasing immigrants out of the city limits.

One recent blue ribbon report recommended that Congress should define the “appropriate spheres of legislative activity for itself and the states.” This would be a helpful step. But, more immediately, Congress could do much to calm immigration tensions at the state and local levels through passing meaningful immigration reform that addresses the true causes of the undocumented migration of workers, and by addressing the fiscal problems directly through assistance to state and local governments impacted by immigration.

In his State of the State speech, Governor Schwarzenegger argues for financial assistance from the federal government to help pay some of the costs of immigration.   This is a much more sensible position than passing anti-immigrant legislation or railing against immigration and immigrants.  We should give credit where credit is due.

Listed below are links to weblogs that reference Johnson on Navarette on Schwarzenegger: On Seeking Federal Assistance for the Costs of Immigration: