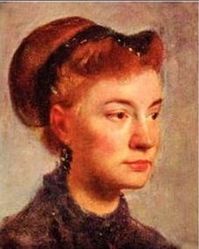 Born in Berlin, Maria Elizabeth Zakrzewska (1829–1902) was a pioneering female doctor in the United States. After studying medicine, she left in 1853 for the United States, where she was graduated at Cleveland medical college. She established the New York infirmary. In 1862, Zakrzewska founded the New England Hospital for Women and Children, the first hospital in Boston. She also broke barriers that hindered women in practicing medicine in the United States, founded hospitals for women, and pioneered the movement that opened the nursing profession to black women. A feminist and abolitionist, she became friends with William Lloyd Garrison, Wendell Phillips and Karl Heinzen.

Listed below are links to weblogs that reference Immgrant of the Day: Maria Elizabeth Zakrzewska (Germany) :