David Bacon Exclusive: May 1 in the Bay Area 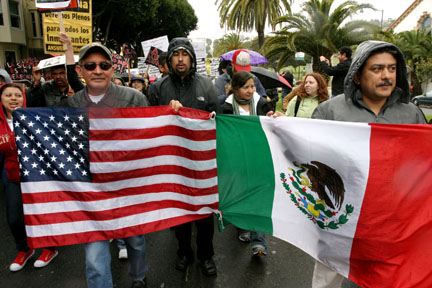 Political commentator and photographer David Bacon submitted this exclusive, with photos, to ImmigrationProf on the May 1 immigration marches in the San Francisco Bay Area:

Hundreds of people rally and march through the streets of San Francisco and Oakland in the rain to celebrate May Day, demand rights and legal status for immigrants, and honor the contributions of working people.

All around the country unions and immigrant rights groups came together to celebrate the international workers' holiday with demonstrations supporting workers' rights, the Employee Free Choice Act, and the rights of immigrants.

In the City of Richmond Mayor Gayle McLaughlin honored local labor leaders, recalling the 125-year history of May Day, which began in the struggle for the eight-hour day in Chicago. "On Saturday May 1st, 1886 rallies were held throughout the United States demanding the implementation of the eight-hour work day," she said. "In Chicago 90,000 people participated. Labor leaders Albert Parsons and his wife Lucy Ella Gonzales Waller Parsons, a woman of mixed African American, Native, Mexican and Caucasian heritage, and their seven children led working families down Michigan Avenue, as hundreds of thousands marched nationwide in the following days.

"But then August Spies, Albert Parsons, Adolph Fisher, George Engel and Louis Lingg, all champions of the eight-hour day, were falsely accused of responsibility for confrontations and casualties in Haymarket Square on May 4, and were executed. It took fifty years for the eight-hour day finally to became law in the Fair Labor Standards Act, passed in 1935 during the New Deal.

"Today we salute those who carry in their hearts the fire that lit up the martyrs of Chicago, and the rank and file who continue the struggle we remember today. I encourage Richmond residents to follow in their footsteps." 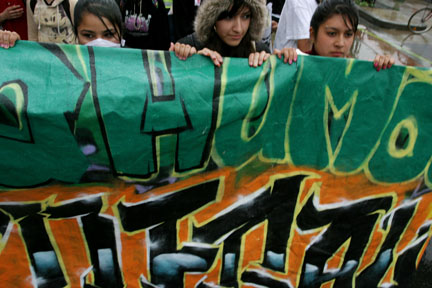 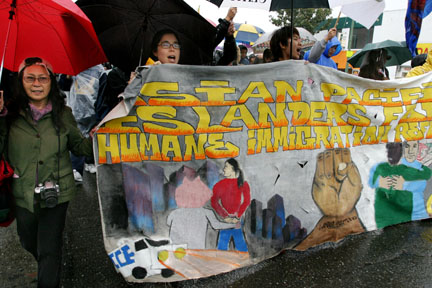 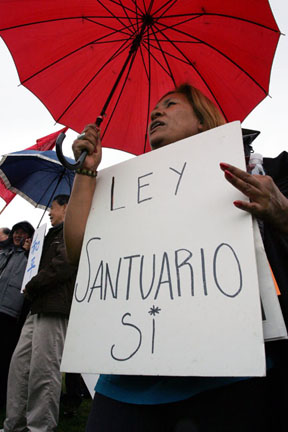 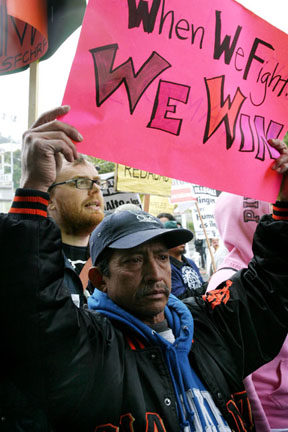 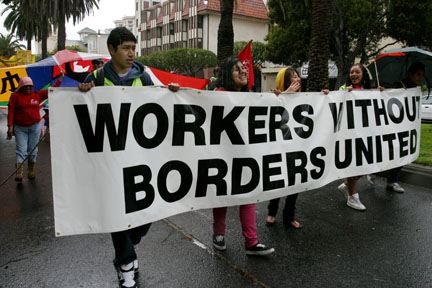 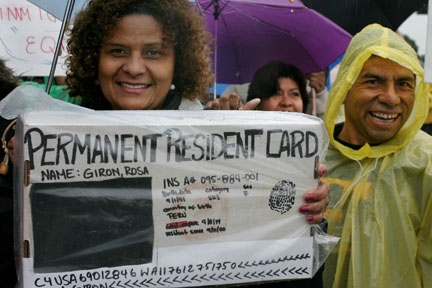 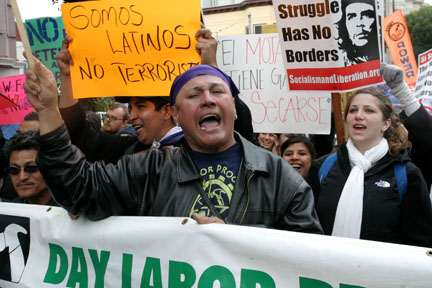 Listed below are links to weblogs that reference David Bacon Exclusive: May 1 in the Bay Area: