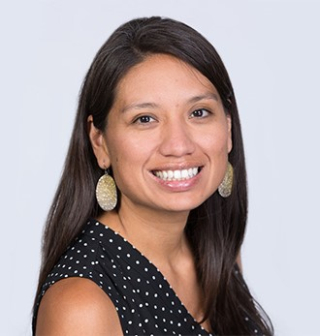 Food insecurity, which is defined as a household-level economic and social condition of limited or uncertain access to adequate food, affects around 11% of U.S. households every year. In 2021, 3.8% of households, or 5.1 million households, had very low food security, meaning that their eating patterns were repeatedly disrupted resulting in a consistent state of hunger. Put more simply, food-insecure households are forced to make impossible decisions, such as choosing between paying for food and heat, electricity, rent, and transportation, with dire impacts on their health and overall wellbeing.

Racial disparities in food insecurity stem from the U.S.’s long history of racial discrimination. BIPOC communities have historically faced structural barriers to land ownership, which are intrinsically tied to their ability to produce food and feed themselves and their families. For example, the Homestead Act of 1862, which encouraged the development of the American West, had detrimental effects on tribal nations and their ability to exercise food sovereignty in their territories. Throughout the 20th century, USDA racist policies have disenfranchised Black farmers. In 1920, Black farmers owned over 16 million acres of land, yet, today, Black farmers only own two million acres of land.

Food insecurity also stems from corporate control of the food system. Bill and Melinda Gates are the largest private owners of farmland in the U.S. with some 269,000 acres across dozens of states. Today, four companies (Bayer, Corteva, ChemChina, and Limagrain) control more than 50% of the world’s seed market. The corporate capture of the food system has resulted in consistently low wages for food workers, natural resource extraction affecting Indigenous communities and low-scale food producers, and inadequate diets leading to negative health outcomes for BIPOC communities.

Moreover, the U.S.’s focus on federal nutrition assistance programs, such as the Supplemental Nutrition Assistance Program (SNAP), to address hunger has failed to adequately address the root causes of hunger. Outside of these programs, the U.S. focuses on a charity-based model, relying on donations and food banks to feed those in need, and in turn, reinforcing hierarchical structures and failing to address the root causes of the problems causing food insecurity.

This past summer, our Human Rights Clinic supported a nascent coalition of food justice advocates, legislators, and people with lived experiences of hunger, including West Virginia University’s Center for Resilient Communities, WhyHunger, Food for Maine’s Future, EDFU Foundation, Grow with the Flow, LLC, The Graduate Center of the City University of New York, the Institute for Agriculture and Trade Policy, and the Agroecology Research-Action Collective, in advocacy before the U.N. Committee to End Racial Discrimination (CERD), as it reviewed the U.S. for compliance with the International Convention on the Elimination of All Forms of Racial Discrimination (ICERD). This included submission of a shadow report on Racial Injustice and Violations of the Human Right to Food in the U.S., development of a factsheet, and discussions with CERD and U.S. delegation members.

The hard work paid off when CERD’s Concluding Observations addressed the right to food in a recommendation to the U.S. for the first time. CERD recommended that the U.S. “take all necessary measures to guarantee the right to adequate food, to strengthen its efforts to combat hunger and food insecurity, which disproportionally affects racial and ethnic minorities, and especially women and children, including by strengthening the institutional framework and adopting a comprehensive and rights-based national plan to end hunger. The Committee then called on the U.S. “to take effective measures against hunger in consultation with all relevant stakeholders, including members of the communities most affected by food insecurity.”

Following the release of CERD’s Concluding Observations, our Clinic supported a satellite event linked to the September White House Conference on Hunger, Nutrition, and Health focused on disseminating and discussing what the U.N. recommendations could mean for a national plan to end hunger. The discussions called for a transformation of the food system through the rebuilding of local food and farm economies and transformation of neighborhood institutions into community spaces that support the development of nourishing food systems. Our Human Rights Clinic will continue promoting the implementation of a rights-based approach to hunger through its support of a growing right to food movement in the U.S. that perceives the tackling of racism in the U.S. food system as a precondition for the realization of the right to food for all.

To learn more about this growing movement and be part of the discussion, join us in Miami on April 13 and 14 at the Food, Housing, and Racial Justice Symposium!