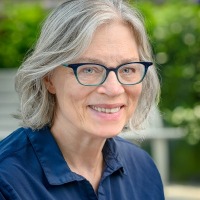 Traveling to Geneva, Switzerland, is beyond imagination for many American citizens.  Yet for those who were able to be last week during the UN’s periodic review of U.S. compliance with its obligations under the Convention on the Elimination of All Forms of Racism (CERD), Geneva was a place for imagining an America where human rights and racial justice are firmly enshrined and respected.

Almost seventy civil society representatives – not just advocates, but many who are directly affected by human rights violations – came from all corners of the U.S.:  from Alaska to Wyoming, from Arizona to Louisiana, from Albany to Chicago.  The U.S. government sent a sizeable delegation numbering over twenty, that included appointees at the Ambassador and Assistant Secretary levels as well as many Deputy Assistant Secretaries from an alphabet soup of agencies (DOI, HHS, DHS, DOE, DOL, State, to name a few).  As in recent years, the U.S. delegation also included local government representatives, this time the Mayor of Atlanta and representatives of the California Attorney General’s office.

A lot has happened in the eight years since the last U.S. CERD review in 2014, and it was a diminished United States that appeared before the CERD Committee.  News reports of the FBI raid on Mar-a-Lago hung in the air, a reminder of the lasting damage done by the prior Administration.  That damage is not only domestic but also international.  Several members of U.S. civil society were in the room when representatives of the Benin government, also being reviewed under CERD last week, responded to Committee queries about their government by noting that at least they had not had an attempted coup!

Yet Geneva served its purpose of bringing U.S. civil society and government to neutral ground to air serious concerns, under the moderating guidance of CERD Committee experts from such far-flung places as South Africa, Mauritania, Qatar, and Germany.  The American expert on the Committee, Gay McDougall, was present for the exchanges, but recused from the Committee’s deliberations.

The most remarkable exchange occurred outside of the UN hearing rooms, at an event at the U.S. Mission.  What the government delegation had planned as an orderly, Question-and-Answer session with pre-submitted questions, instead turned into a frank and emotional exchange between those most affected by human rights violations – indigenous peoples denied their autonomy and dignity, those experiencing the legacy of slavery and the reality of ongoing racism – and the government representatives, many of whom identified with these same communities.   For those in the room, it seemed like a watershed moment of speaking truth to power.

At the CERD Committee’s review the next day, some of that spirit carried forward, but for the most part, the review returned to business as usual.  The Committee asked pointed questions about issues such as reparations, indigenous rights, abortion, and human rights abuses at the border, and the U.S. delegation slow-talked through their pre-prepared answers.

Of course, the U.S.’s complicated federal system sometimes ties the hands of the Executive.  On abortion, for example, the Biden administration defended the fundamental right in court, and has made efforts to use what federal power is available to maintain abortion access in some form.  The current Supreme Court majority has shown little interest in human rights law, and the states that have banned abortion since the Supreme Court’s Dobbs decision feel no compunction about defying human rights norms.  And in retrospect, members of civil society could have done more to protect the federal right while it was standing.  Yet in the CERD forum, it is the Biden Administration – not the Courts, Congress, the states, or civil society -- that must respond to Committee criticism about the U.S. backsliding.

While the Administration’s hands are tied in some areas, there was hope that the CERD review could be the occasion for a special announcement or a new initiative, such as a National Plan of Action on racial justice.  Instead, the Administration often responded to CERD Committee questions with anecdotes of cases that showed positive outcomes for individuals, but did not address system-wide issues that plague areas such as education, labor, health, immigration, indigenous rights, and so on.

In the end, then, Geneva is a place for imagining, a place where civil society and government representatives are all far from home and off-balance, and are perhaps therefore able to hear more completely and speak more openly. Those moments of clarity are valuable.  But what ultimately matters is what happens when everyone involved returns to face the realities at home.  Will the CERD review serve as an organizing tool, or a basis for following up with government representatives, including the mayor of Atlanta and the California Attorney General?  Will the U.S. Government’s listening lead to action?  If the impact of the CERD review remains in Geneva, it will have been a wasted effort on all sides.