By Jennifer Wakefield, Program on Human Rights and the Global Economy at Northeastern University School of Law 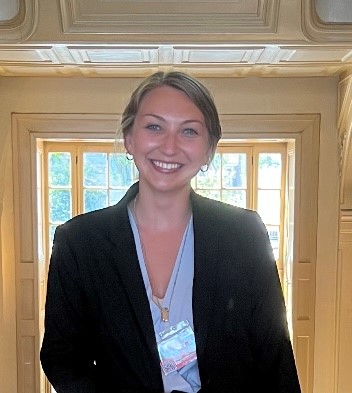 Last week, I had the privilege of traveling to Geneva, Switzerland for the Committee on the Elimination of Racial Discrimination (CERD)’s review of the United States for its (non)compliance with the International Convention on the Elimination of Racial Discrimination (ICERD). Together with Martha Davis, Co-Director of the Program on Human Rights and the Global Economy (PHRGE) at Northeastern University School of Law, I attended briefings with CERD members, coordinated with representatives from civil society organizations, and urged members of the US delegation to listen to our suggestions before the official review at the end of the week. The six days that we spent at the United Nations were transformative, illuminating, and empowering, revealing the harrowing realities that people of color experience daily and the inescapable urgency to repair a system designed to create and perpetuate racial injustices.

On Tuesday, members of civil society organizations from across the country filled a conference room in the Palais Wilson to deliver statements to members of the CERD to create a more accurate picture of what is going on in the United States. Due to time constraints, not everyone was able use the microphone, but the sheer number of people in that room spoke volumes. The first hour of the briefing was dedicated to advocating for indigenous rights, with powerful presentations from members of various tribes on environmental racism, reproductive justice, and education equity for indigenous communities. For the remaining two hours, the CERD heard statements on the criminal legal system, voting rights, the child welfare system, gun violence, migrants’ rights, healthcare and reproductive justice, housing and homelessness, reparations, the access-to-justice crisis, and the need for a national human rights institution – and how current policies and practices institutionalized by the federal government in these areas disproportionately impact people of color. Although each person only had two minutes, the short speeches touched on centuries of pain and oppression that the United States created and continues to cause for underserved communities.

Wednesday’s meeting at the U.S. Mission began as a formal session for the U.S. delegation to answer previously submitted questions from civil society organizations. After going through metal detectors and leaving all electronics with security guards, we sat in rows facing a panel of delegates from the Executive branch. At the beginning of the meeting, the moderator, Ambassador Michèle Taylor, U.S. Permanent Representative to the UN Human Rights Council, said they could not field any live questions given the number of written inquiries they received. After the questions were read, the delegates gave their pre-typed, rehearsed answers approved by the agencies in which they worked. But directly impacted people heard the emptiness in these stoic and robotic responses. Disregarding the Ambassador, one by one, about a dozen people took turns standing up to share their personal stories of how the US government has failed them and their communities. The emotion and energy in the room was palpable as the people offering first-hand accounts pleaded and demanded for the delegates to make change. The tears were contagious. Almost every member of the delegation was crying as the undeniable truths filled the air. In that moment, the delegation was confronted with two driving forces – power they yield as federal officials and humanity underlying this experience. There was no script they could read from to hide, no new government initiative they could offer as consolation. Defense and deflection were not an option. Their backs were against the wall, confronted with the consequences of their (in)actions. The bravery and strength of these individuals to be so candid and transparent about their lived experiences as people of color in a country where the odds stacked against them was awe-inspiring. Witnessing these barriers break down was a moment in time that I will never be able to capture in words.

The official review started on Thursday afternoon in the Palais de Nations. After opening statements made by the CERD and the delegation, Faith Dikeledi Pansy Tlakula, Committee Expert and Country Rapporteur, began pressing the delegation on their lack of progress eliminating racial discrimination with questions informed by civil society submissions and conversations. In these two days, other Committee members followed suit, asking for answers and explanations for inexcusable racism that persists in the United States. The delegation gave performative responses, lacking any commitment to concrete actionable measures the CERD suggested. Ironically, the delegation also ran out of time to answer.

The CERD will release their Concluding Observations on August 30th, expressing their concerns and providing recommendations. Through speaking with civil society members and the CERD’s review, the U.S. delegation heard about all the work that needs to be done at last week’s review. The question now is whether they were listening. The federal government knows better. It has been, and continues to be, its responsibility to do better.