The Faulty Investigations of Kavanaugh and Nassar 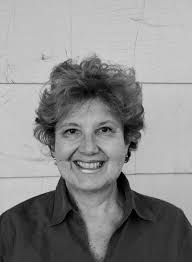 Two extraordinarily inadequate investigations recently made the news—both involving the FBI and investigations of sexual assault allegations. In mid-July, the FBI Inspector General released its report on the multiple errors made by the FBI’s Indianapolis field office after it received allegations against Larry Nassar from U.S.A. Gymnastics.

Among the many shocking things in the report over which to be outraged, two stand out: First, had the field office done its job, perhaps 70—120 girls would not have been sexually abused. Second, the mendacious FBI agent responsible for this faux investigation was pursuing a job with the U.S. Olympics Committee whilst he was supposed to be pursuing the allegations against Nassar. Shameful. This man, W. Jay Abbot, has since retired. The Department of Justice should reconsider its decision to not prosecute him.

According to the New York Times, Rachel Denhollander, a Nassar survivor who pushed to get him investigated, said she was not surprised by the F.B.I. Inspector General report. “Botched investigations and cover-ups … are … what survivors are up against. … And they constantly get asked the question, ‘Why don’t [you] report?’    Indeed.

The FBI has also recently released a letter concerning its background investigation of then-Supreme Court nominee Brett Kavanaugh. The letter states that the FBI received over 4500 tips regarding Kavanaugh during his contentious confirmation process. It investigated ten and referred “relevant” others to the White House Legal Counsel office. Really?

It was certainly known at the time that the FBI was not conducting a real investigation. But the sheer volume of tips is incomprehensible. Can we be sure that there were unbalanced and off-the-wall tips? Absolutely. But all 4500? Not so much.

I absorbed these reports not as a survivor but through the eyes of one who has researched and written about the challenges of disclosing and reporting sexual assault and intimate partner violence. I stand in awe of Denhollander and Chrisine Blasey Ford and others like them who come forward in the face of heartbreaking and disgraceful investigative responses like these.