U.S. Urged to Ensure Access to Sexual and Reproductive Health Services During Review of its Human Rights Record 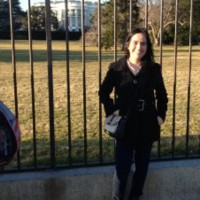 Last week at the United Nations, multiple countries urged the U.S. to ensure access to comprehensive sexual and reproductive healthcare services during its Universal Periodic Review (UPR). Both the number of countries raising the issue and the specificity of recommendations were notable. Australia (at 47:10) emphasized that refusals of care based on moral and religious beliefs should not restrict women’s access to sexual and reproductive healthcare services. Denmark (at 1:28:41) urged the U.S. to rescind recent Title X regulations to ensure access to comprehensive family planning services for all. Several countries up the need to address maternal mortality.

Throughout the review, countries called on the U.S. to act like the leader in human rights it prides itself being. However, during the review, the U.S. seemed poised to attack rather than protect women’s rights to reproductive healthcare access.

In the State Department report submitted prior to the review, the U.S. asserted a “national commitment to protect the precious gift of life at every stage, from conception to natural death.” At the review, instead of responding to recommendations on reproductive healthcare access, the U.S. touted the State Department’s recent Protecting Life in Global Health Policy (at 1:59:20), which seeks to influence global health policy by attacking the right to abortion, encouraging the preservation of human life before birth, and “strengthening family.”

The Trump Administration’s position at the U.N. reflects the ongoing attack on abortion rights in the U.S. In recent years, states have tried to chip away Roe v. Wade. Many observers fear that Amy Coney Barrett’s confirmation to the Supreme Court substantially increases the chances of Roe being further weakened or overturned. In a post- Roe U.S., states would be free to pass laws that would exacerbate the tremendous inequality in abortion access, especially in the South and the Midwest of the U.S. It is predicted that without Roe, abortion is likely to become illegal in 22 states; about 41% of women of childbearing age would see their nearest abortion clinic close; the average distance women would have to travel to see a clinic could increase up to 280 miles; and overworked clinics might not able to handle the increased demand. These possible changes would most directly affect low-income women, and women of color because they would not be able to afford to travel to clinics if distances increase, arrange childcare, and/or leave from work.

The United States should work on implementing the recommendations made at the UPR and make sexual and reproductive healthcare, including abortion, accessible. One way to do that would be to enact federal legislation, such as the Women’s Health Protection Act, which would protect the constitutional right to abortion, and prohibit burdensome and medically unnecessary requirements that undermines access to services. The U.S. needs to live up to its image of being a champion of human rights—from the UPR session, it is evident that the world is watching.