The Case for Felon Voting Rights 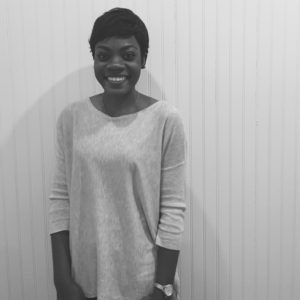 In Raysor v. DeSantis, a federal trial court in Florida struck down a state law that required persons formerly incarcerated for felonies to pay all court fees and costs before voting. This was cause for celebration until the state appealed the decision and the US. Court of Appeals for the 11th circuit ordered a stay to the trial court ruling until the appeals proceed. The appeal was met with protest and citizens urged the Supreme Court to uphold the trial court’s ruling, especially in lieu of an upcoming presidential election. The Supreme Court denied the citizens outcry, upholding the stay. This means that at this time, Floridians with a felony record cannot vote until they have paid their court costs, fines, fees, or any restitution.

Allowing persons formerly incarcerated for felonies to vote will increase the population of citizens who can participate in the democratic system. This is especially relevant because research shows that the close margin 2000 presidential election could have been altered had voting rights been extended to the disenfranchised in Florida.

There are various arguments against the constitutionality of disenfranchising those with felony records, such as the violation of the 15th amendment’s protection against voter denial on account of race, color, or previous condition of servitude, and that of the 24th amendment’s protection against the need to pay a poll tax or other tax before voting in any primary election. While opponents argue that requirement to pay of fees is a part of the punishment, the financial hurdle limits the right to vote to the wealthy.

For example, felonies in Florida are classified in five different categories, and the court weighs various factors in determining which crimes are violent and nonviolent, such as the examining the nature of the offender’s primary offense, and if there was a victim who suffered injury. Instead of requiring the payment of fees before voting, the right to vote should be automatically restored upon the release of persons with nonviolent felony records, and those convicted with violent felonies should receive the right to vote after a statutorily set time. The statutory set time will serve as a grace period to examine improvement in the offender's character and reintegration in society.

The right to vote is one of the most fundamental rights that is granted to citizens of the United States. Although it is not inscribed in the U.S. constitution, it remains an expression of the freedom of choice and an opportunity to participate in the much-lauded democratic process. For the nonincarcerated persons with felony records in the U.S., the barriers and laws that are enacted to keep them from the voting ballots affect not only social dynamics, but political policies as well. Many States have shifted from permanent disenfranchisement to a more liberal stance, such as granting automatic approval upon release with certain condition and applying for a certificate of eligibility. Nevertheless, the U.S. is not a trailblazer in this area compared to other democratic countries, like Denmark, Canada, and Spain, where people charged with felonies can vote in prison. As of now, the U.S. only has two states that allow persons with felony records to automatically vote upon release, with no conditions attached. To this day, the concept of punishing individuals for their past illegal conduct is so ingrained in the criminal justice system that the concept follows individuals even when they have served their time and interferes with their ability to re-enter society as participating citizens.

The ultimate goal is not to encourage a lax stance on crime nor belittle the harm caused by the criminal conduct. It is about protecting the practice of a fundamental right from depending on the payment of a burdening fee and to not extend punishment to the point of permanent incapacitation.

This is a very well reasoned and written article.