SCOTUS Holds Louisiana Abortion Restriction is Unconstitutional. But Did Chief Justice Roberts Re-Write the Undue Burden Standard Along the Way? 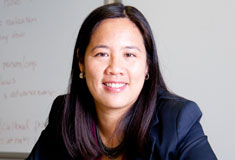 The pro-choice community breathed a collective sigh of relief following the Supreme Court’s decision in June Medical v. Russo, striking down a Louisiana statute requiring that doctors who provide abortions have admitting privileges at hospitals within 30 miles of the procedure.  The good news is that the Court did not overrule Roe v. Wade, the three remaining abortion clinics in Louisiana can remain open, and the people in the state can continue to access care.

June Medical should not have been a difficult case.  The Court struck down a virtually identical Texas admitting privilege law in Whole Woman’s Health v. Hellerstedt in 2016.  The district court conducted lengthy proceedings and found that the law did not advance a state interest in protecting women’s health and would “result in drastic reduction in the number and geographic distribution of abortion providers.” Writing for a four justice plurality, Justice Breyer, who penned Whole Woman’s Health, applied the WWH’s standard in a workmanlike fashion and reaffirmed key aspects of the decision, including that the undue burden standard requires a court to weigh an abortion restriction’s asserted benefits against its burdens and that courts have an obligation to “independently review the legislative findings upon which an abortion-related statute rests.”

These two points resolved a disagreement among the lower courts about how to apply the undue burden standard to admitting privilege laws and other targeted regulations of abortion providers (TRAP laws).  This was important because in recent years, churning out TRAP laws has become a cottage industry for anti-choice legislators who seek to regulate abortion clinics out of business through TRAP laws that make it difficult or impossible for clinics to stay open by imposing onerous and expensive requirements without actually making abortion provision safer.

In order to strike down the Louisiana law, Justice Breyer’s plurality decision needed a 5th vote that was supplied by Justice Roberts, but at a cost. Recognizing that June Medical was basically a re-do of Whole Woman’s Health and perhaps feeling pressure to maintain the Court’s legitimacy, Justice Roberts voted to strike down the law after engaging in a lengthy discussion about why stare decisis is important.

But in reaching his decision, Justice Roberts took pains to critique WWH’s balancing test and purported to apply a substantial obstacle test that does not balance a restriction’s benefits against its burdens instead.  Specifically, his concurrence held that the admitting privilege law imposed a substantial obstacle “independent of its discussion of benefits,” but he went further characterizing the Whole Woman’s Health decision as making a similar finding, willfully ignoring that Whole Woman’s Health explicitly adopted a balancing test. Justice Roberts’ attempt to re-write the undue burden standard, led Justice Kavanaugh to declare that “five Members of the Court” – Justice Roberts and the 4 dissenting justices -  “reject the Whole Woman’s Health cost benefit standard.”  And, in a less politic and more direct manner, Justice Gorsuch’s dissent described the Chief Justice’s decision as a vote “to overrule Whole Woman’s Health insofar as it changed the Casey test.”

Given the strong factual record, the deference shown to trial court factual determinations, and the similarities between the Louisiana law and the law struck down in Whole Woman’s Health, Justice Roberts cast the 5th vote to strike down the Louisiana admitting privilege law.  His vote preserves abortion access in Louisiana and the undue burden standard, but it does so in a manner that casts substantial doubt on the balancing test the Court adopted just 4 years ago, which may it more difficult to challenge other types of abortion restrictions in the future.