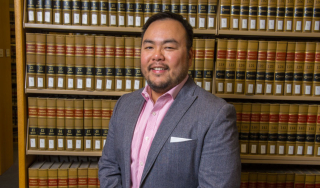 It’s amusing to note that the recent collection of major Supreme Court decisions regarding the rights of LGBTQ people has often dropped upon us during Pride Month.  Whether or not it’s a positive decision in the Lawrence, Windsor, or Obergefell camps, or a negative one, such as Masterpiece Cakeshop, the month of June always feels especially weighted in a year when a LGBTQ case is up for resolution at the Court.  With Bostock this June, it was good to see the Court handing down a decision to protect LGBTQ employees under Title VII, shoring up once and for all the debate whether “because of . . . sex” affords sexual orientation and gender identity protections in the employment context.

Being a fairly optimistic person (though tested recently in these COVID-19 times), I don’t question the potential of Bostock v. Clayton County, and its far-reaching protections for LGBTQ employees under Title VII.  Writing for the majority, Justice Gorsuch seems to have given us a textualist interpretation of “because of sex” that is definite and broad in determining the scope of SOGI protections under Title VII.  My colleagues John Rice and Shirley Lin have written terrific posts analyzing the implications of Bostock, especially for the previously unsettled case law surrounding LGBTQ litigants in the federal circuits.  However, after dwelling on Bostock for a few weeks now, there are implications from the decision that appear less hopeful in my mind.

Although the textualist interpretation is likely one of the most direct approaches toward including sexual orientation and gender identity as categories protected by “sex” in Title VII, and has been one that lower courts have used, this approach had to contend with the assumption that “sex” is a stable concept.  As Justice Gorsuch writes on p. 5 of the slip-op, “we proceed on the assumption that ‘sex’ signified what the employers suggest, referring only to the biological distinctions between male and female.”  This statement is the first and foremost observation I have about Bostock that gives me pause because this view of “sex” might continue to perpetuate rigid binaries, cis-genderism, and anti-classificationist perspectives on equality.  If one were to approach Bostock with a queering analysis or from a queer theory angle, Justice Gorsuch’s denotation of “sex” might not be the best reflection of a modern reality, where the concept of “sex” can bear more instability than the narrow dictionary meanings that he used.

Rather, the more empowering and animating term that Gorsuch’s textualist approach examines in Bostock is the phrase “because of.”  Through Gorsuch’s interpretation, “because of” conjures the “but-for” causation test that allows for the comparator approach to showing how the firing of Gerald Bostock, Don Zarda, and Aimee Stephens all encompassed “because of sex” discrimination under Title VII.  Under textualism, the broad reaches of “because of” permits the connection between the sexual orientation and/or gender identities of a person to be linked to the biological male-female binary for the purposes of finding a Title VII violation here.

In its functionalist way, Justice Gorsuch’s approach gets us to the desired result of protecting LGBTQ individuals from workplace discrimination.  However, pragmatism here also decreased the ability in Bostock to explicitly reinforce the counter- or anti-stereotyping policies of Title VII that could have applied to restricting homophobia and transphobia, and bolstered the positive recognition of LGBTQ people even more.  The actual legislative history behind including “sex” in Title VII is sparse (and often anecdotal) and lacking any indication to protect LGBTQ individuals in 1964.  However, as William Eskridge, Cary Franklin, and others have expressed in writing about Title VII, since the 1960s, the developed interpretation and importance of Title VII protections reflect anti-stereotyping principles and policies against workplace discrimination based on biases toward one’s sex.  Bostock’s interpretation of “sex” as a stable concept renders mixed results.  First, to presume and declare that “sex” is a stable concept rather than one that is fluid or ambiguous was indeed an important judicial interpretative gesture for Justice Gorsuch because.  This declaration foreclosed any real need for him to look at legislative history or intent behind Title VII—and in fact, it allowed him to avoid even raising the kind of exegetical discussions regarding legislative intent that Justices Alito and Kavanaugh used to support their dissenting opinions.  That got us to a good doctrinal result for Title VII SOGI protections in Bostock.  It even allowed Justice Gorsuch to call out the employers’ justifications for the discriminatory firings of Bostock, Zarda, and Stephens based on adherence to legislative intent as “naked policy appeals.”  But the ability to not have to examine one side’s legislative history or intent arguments also allowed him to gloss over mentioning the anti-stereotyping disposition that prior Title VII cases have carved out for “because of sex” discrimination over the years—an anti-stereotyping disposition that could have bode well for the image of LGBTQ people in the workplace and beyond.  Here, Justice Gorsuch was able to resist the opportunities to discuss why sexual orientation and gender identity are categories that need to be protected from discrimination in general; instead, such protections are merely a consequence in the textualist link to the category of “sex” in Title VII.  That’s a squandered opportunity for publicly elevating LGBTQ individuals.

Additionally, Gorsuch’s sole textualist focus in Bostock to reach favorable results for LGBTQ workers, but overlooked any attempt for discussing the dignitary harms that the litigants in the consolidated cases suffered for being fired­ because of how aspects of their identities were perceived with animus by their former employers and not because of any on-the-job incompetence.  We didn’t get to read about the various ways in which Bostock, Zarda, and Stephens were mistreated by their former employers, what kind of hateful ways in which their employment were terminated, and what harms they suffered as a result of losing their livelihoods all on account of targeted aspects of their identities that had nothing to do with their job competence but much to do with their personal dignity.  Queering the textuality of Justice Gorsuch’s written opinion in this way, we note that much of those facts remained closeted.  This missed opportunity shortens the decision’s potential to raise the significance of Title VII’s anti-stereotyping disposition for showing exactly why discriminating against one’s sexual orientation or gender identity in the workplace is nothing but an act of homophobia or transphobia—an animus that has no rational status in society.  Comparing Bostock to Justice Kennedy’s pro-LGBTQ decisions, which did assert litigant facts in ways that helped the mainstream see LGBTQ individuals in a more humanized light (albeit in problematic ways sometime), we might see that again Justice Gorsuch’s opinion missed the opportunity for recognizing LGBTQ individuals similarly—for actually addressing the weight of discrimination that Justice Kennedy’s LGBTQ rights opinions often dwelled upon.  Unlike Obergefell, the individual facts about each litigant, Bostock, Zarda, and Stephens, were sparse compared to Justice Kennedy’s notable renditions of representative litigant facts in the marriage equality decision.  Bostock was going to accomplish LGBTQ protections by textualism and textualism alone.

Lastly, Justice Gorsuch’s reliance on textualism in Bostock also helps him evade discussing another anti-stereotyping potential as the decision drops any intertextual play with the prior pro-LGBTQ decisions.  Given that these cases in Bostock were Title VII employment cases and not marriage or privacy cases, the boundaries were necessarily drawn by context.  However, this decision could have celebrated more of the humanity of LGBTQ employees, and thus grasped onto the anti-stereotyping potential of Title VII by alluding to previous pro-LGBTQ cases at the Court.  Instead, the one allusion toward a prior LGBTQ case that Gorsuch makes in Bostock is to the Masterpiece Cakeshop decision—not in name or citation, but by raising religious exemptions at the end of Bostock:

We are also deeply concerned with preserving the promise of the free exercise of religion enshrined in our Constitution; that guarantee lies at the heart of our pluralistic society  But worries about how Title VII may intersect with religious liberties are nothing new; they even predate [Title VII’s] passage.  As a result of its deliberations in adopting the law, Congress included an express statutory exception for religious organizations.  This Court has also recognized that the First Amendment can bar the application of employment discrimination laws “to claims concerning the employment relationship between a religious institution and its ministers.” (quoting Hosanna-Tabor Evangelical Lutheran Church and School v. EEOC)

In effect, this passage in Bostock is reminiscent of Justice Gorsuch’s concurrence in Masterpiece Cakeshop:  “[W]hen the government fails to act neutrally toward the free exercise of religion, it tends to run into trouble.  Then the government can prevail only if it satisfies strict scrutiny, showing that its restrictions on religion both serve a compelling interest and are narrowly tailored.”  In both passages from these LGBTQ cases, he carves out areas in the law that tolerates religious freedom over discriminatory practices.  Incidentally, Justice Gorsuch’s concurrence in Masterpiece was replete with facts about the Christian baker that allowed him to not only draw favorable inferences to justify the baker’s discriminatory acts against the same-sex couple in Masterpiece but also imply that the treatment the baker received from the Colorado Civil Rights Commission was not respectful toward the baker’s religious beliefs—in essence, violating the baker’s personal dignity.  Thus, here in Bostock, despite its textualist approach, religion is still potentially prioritized.

Still, the Bostock decision is a watershed moment for the LGBTQ community.  To find that Title VII protects LGBTQ individuals is a terrific development.  But as a brief queer analysis of Bostock can show, Justice Gorsuch missed several opportunities to elevate LGBTQ individuals further by underscoring the anti-stereotyping disposition of Title VII and/or the anti-stereotyping themes in prior pro-LGBTQ rights cases at the Court.  That task will just have to be taken up by LGBTQ litigants and their smart advocates in future cases.