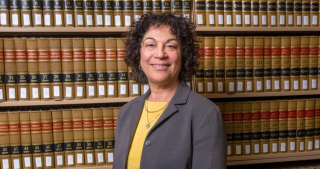 The Supreme Court continues to release significant decisions affecting our human rights. Last week, it released a monumental decision supporting the rights of gay and transgender workers to be free from discrimination at the workplace. The second significant decision released last week, issued June 18, has triggered vast celebrations among several hundreds of thousands of Dreamers and their families, friends, and supporters. In a 5-4 decision in Department of Homeland Security v. Regents of the State of California, penned by Chief Justice John Roberts, the Court rejected the Trump Administration‘s attempt to repeal DACA (Deferred Action for Childhood Arrivals), a program created towards the end of the Obama Administration that both prevented the removal (deportation) of foreign-born children in the United States and allowed them to receive both driver’s licenses and school tuition benefits.

While surely the decision is a welcome one, it should not be seen as a panacea. Supporters of Dreamers should be certain that the Trump Administration will try to use this victory to its benefit in the court of public opinion – it already has started to do that. Dreamers will not be safe in this country until federal legislation is passed to permanently regularize their status, something nearly certain to not happen during this Administration, and something that will only happen in a subsequent one if the immigration rights movement maintains extreme pressure on the next president and Congress. Even in the next months, security for Dreamers is not assured, as the Supreme Court has, as it did in the Muslim Travel Ban cases, permitted the Administration to articulate a new reason for attempting to rescind DACA that the Court might find to be valid.

The opinion, based on doctrines of administrative -- not constitutional -- law, determined that, in its initial 2017 rescission, the Administration did not adequately consider ways of minimizing the hardships to befall DACA recipients following rescission. The Court held that the action was invalid because, when the Department of Homeland Security (DHS) acted upon its decision that DACA was unlawful, it failed to consider whether the program’s limit on deportations was a legitimate exercise of prosecutorial discretion.

The Trump Administration attempted to justify DACA’s rescission on two separate occasions, once in 2017 through Attorney General Sessions and later, in 2018, after courts had found the initial rationale wanting, through Acting DHS Secretary Nielsen. General Sessions stated that DACA was unlawful and unconstitutional as a unilateral exercise of executive power inconsistent with the Immigration and Naturalization Act’s authority over the admission of immigrants and their right to remain in the U.S. Secretary Nielsen’s explanation affirmed the claim of unlawfulness while adding a list of policies supporting rescission, including DACA’s broad eligibility criteria rather than the case-by-case decisions preferred by the DHS. But the Court stated that the agency failed to “defend its actions based on the reasons it gave when it acted,” inconsistent with the type of "reasoned decisionmaking" required by the Administrative Procedure Act (APA).

This is key, as when an agency's asserted rationale for a decision does not logically support the decision itself, this evidences that the stated reasons could be a pretext for a rationale that would not justify the decision. (In the census case of last term, for example, Justice Roberts reached the same conclusion, finding that the Administration’s asserted reason for attempting to add a citizenship question to the census was pretextual.) Justice Roberts cited to established principles of administrative law that agencies’ initial rationale for their actions is that against which a decision will be tested; fairness dictates that subsequent justifications made after an action is challenged could be unfair to both challengers and to the courts reviewing the actions. Thus, Justice Roberts found that Nielsen’s 2018 statement could not be relied upon to justify the rescission; only the 2017 rationale could be used.