Racism and the Asian American Divide

This is the second in our symposium of posts reflecting on the murder of George Floyd and subsequent events. 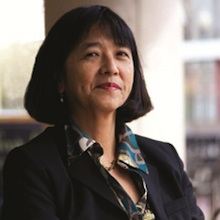 Racism has always found its strength in divisions.   When I heard about the murder of George Floyd in police hands, my heart sank in grief.  When I heard that one of the three police officers involved was Asian-American, my heart sank even further.  What does this say about Asian Americans in America’s battle for racial equality?  How was I, an Asian American, to reflect and react?

Racism only works if it divides.  Rather than unity, racism finds its strength in dividing and conquering.  It has been successful in driving a wedge between working class whites and blacks when these two groups could and should have joined together to combat economic inequity.  It has also been used in dividing one racial group from another. Asian Americans have always been the foil in the racial divide, a group held up as proof of a meritocratic America, when the group’s image suits the narrative and rejected when it does not.

The problem is that the “model minority” is a myth.  First, not all Asian Americans have  “made it” as many continue to face the proverbial “bamboo ceiling.” Asian Americans remain rare in upper echelon corporate and political positions.  Furthermore, the “model minority” myth hides the diversity of Asian groups that have immigrated to the U.S.  Those more educated from Taiwan or mainland China came to the U.S. to pursue higher education and were therefore inherently more equipped to take advantage of economic opportunities.  But there were also those Asian refugees who came via boats and refugee camps from the war-torn countries of Cambodia and Vietnam who were ill-equipped to deal with the challenges of language and or the skills required for a transition to a new country.  Some of these immigrants continue to face social problems of poverty and crime.

Second, the “model minority” myth is also problematic because it assumes that all racial groups face discrimination in the same way with the same history.  Absent the shackles of slave history, Asian Americans have always had a “home country” and an identity to turn to.  Discrimination against Asian Americans, while severe, was never on the same level as the discrimination faced by African Americans who experienced hundreds of years of subjugation.  Finally, despite the “model minority” myth, anxieties about Asians have never gone away.  Today, Asians are portrayed as global and political competitors.  Terrorist stereotypes placed on South Asians reflect the geopolitical anxieties of Americans, and the Chinese origin of the recent COVID-19 pandemic has led to a rise in anti-Asian violence.

But most problematic of all, the “model minority” myth may have led to the conduct of Officer Tou Thao, the Asian officer who stood by as George Floyd died, and that is, the incorrect assumption that race discrimination does not affect Asians at all, and that a place at the table requires joining into discrimination against African Americans.  Having fought for the same sliver of economic pie, Asians and African Americans have had an uneasy relationship in sharing the landscape of deprivation.  Buying into the “model minority” myth to get ahead has meant that some of us have forgotten to be anti-racist allies and in failing to remember, have become complicit in racism itself.

In truth, each of us can be an anti-racist ally.  We can educate ourselves about the history of racism in the United States and initiate conversations about racism within ourselves and our communities.  And beyond self-education and dialogue, being an anti-racist ally also includes actively identifying and fighting racist practices and policies when we see them and speaking up when it is clearly needed.  Maybe it is the culture of the “blue wall of silence” that most needs to change, but Asian Americans too must now recognize the truth of these words enshrined in the Holocaust Museum in Washington D.C.:

First they came for the socialists, and I did not speak out—
Because I was not a socialist.

Then they came for the Jews, and I did not speak out—
Because I was not a Jew.

Then they came for me—and there was no one left to speak for me.

Thanks for this thoughtful analysis. I might add that Asians in the U.S. today owe African Americans and other participants in the civil rights movement a debt of gratitude for the 1965 Immigration Act, which is how most Asians in this country were allowed to immigrate, after almost a century of racial restriction.