A Victory For Equality and The Rule of Law 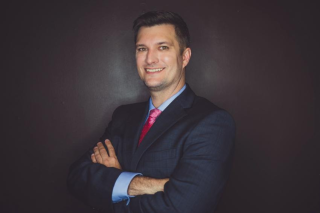 On June 15, 2020, the Supreme Court announced its opinion in the Title VII trifecta—Bostock v. Clayton County., Ga.; Altitude Express, Inc. v. Zarda; and R.G. & G.R. Harris Funeral Homes, Inc. v. EEOC. At the outset, I acknowledge the roles that Aimee Stevens and Donald Zarda played in this litigation. Both litigants passed away prior to the Court’s ruling in their cases. I thank both of these individuals for their courage and veracity in bring these suits, and I offer warm wishes of peace and comfort to their loved ones.

This opinion has been hailed—rightly—by many as a significant civil rights victory, particularly regarding equality for the LGBTQIA+ community. Captioned Bostock (Bostock was the first of the three cases docketed), the Court considered whether the prohibition of “discrimination on the basis of . . . sex” set forth in Title VII of the Civil Rights Act of 1964 extended to prohibit discrimination of the basis of sexual orientation or gender identity. The Court presented what it characterized as a simple answer to a simple question: “discrimination based on homosexuality or transgender status necessarily entails discrimination based on sex[.]” Thus, an employer who engages in such discrimination violates Title VII.

I receive this victory with cautious optimism. Much should, can, and will be written about the “next” issues arising and the inherent limits of the moment. The Court was construing Title VII, which only applies to employers who have more than 15 employees and from which religious organizations are exempt. Relatedly, it’s hard to avoid noticing that Justice Gorsuch allocated almost two pages (out of thirty-three) discussing what issues are not before the Court, including any purported tension between non-discrimination and an employer’s religious convictions. Indeed, a case in the Court’s pipeline—Fulton v. City of Philadelphia—will soon explore that precise issue. Additionally, Bostock only addressed the term “sex” in the context of a single statute; it remains unseen whether the term “sex” likewise encompasses sexual orientation and gender identity for purposes of heightened constitutional scrutiny. Likewise, across the country, the federal executive and state governments are engaged in a barrage of attacks against the LGBTQIA+ community, including rolling back healthcare protections and permitting adoption discrimination. Without doubt, the fight continues. But for now, let us take a moment to celebrate and breathe a sigh of relief.

I join with those who offer praise for the Court’s ruling. While, for most, the jubilation is over the victory for the equality movement, we should also celebrate this opinion as significant in advancing the rule of law and promoting public confidence in the judiciary. The principles underlying the rule of law can generally be framed as three core values: first, that no one is above the law and no one is beneath it; second, that law is formed through a public and transparent process—there is no such thing as “secret” law; and finally, that the institutions that make, interpret, and enforce our laws are consistent and predictable. In Bostock, the Court fulfilled each of these promises.

Most notably, Bostock is about statutory interpretation. Here, the Court engaged in one of its most foundational duties and employed familiar canons of statutory construction to arrive at its conclusion. While acknowledging that the statute’s drafters may not have anticipated this particular application of the law, the letter of the law still necessitated the conclusion. In fact, the majority reasoned that adoption of the employers’ positions would be a deviation from the plain language of the statute. Despite sharp criticism from the dissents that the Court was expanding the plain language of the statue, “legislating from the bench,” the majority made it clear: “homosexuality and transgender status are inextricably bound up with sex.” Thus, discrimination based on sexual orientation or gender identity is discrimination based on sex, which is prohibited by Title VII.

Next, Bostock was consistent with the Court’s precedent and offered an analytical framework for moving forward. The Court primarily relied on three of its past Title VII rulings: Phillips v. Martin Marietta Corp., L.A. Dept. of Water & Power v. Manhart, and Oncale v. Sundower Offshore Services, Inc. Each of these cases involved “sex plus” discrimination—that is, discrimination on the basis of sex “plus” something else (e.g., having young children, a longer life expectancy, or being of the same sex as one’s harasser). Although the discrimination may have been primarily motivated by the non-sex factor, each instance nevertheless still involved sex, and was therefore prohibited under Title VII.

Similarly, Bostock offered a framework for legal analysis in future cases. Unlike some of the Court’s past monumental opinions, Bostock did not rely on evasive principles such as “dignity,” “intimate association,” “[safeguarding] children and families,” or “the Obergefell v. Hodges, 576 U.S. 644 (2015), or United States v. Windsor. Of course, this may be attributable to Bostock’s presentation of a different sort of legal issue, one that is more technical and separate and apart from issues of fundamental rights under the Constitution. But still, Bostock offers sound insight into how courts may in the future analyze other prohibitions of discrimination based on sex, such as in the context of healthcare, education, or adoption.

Finally, the Court soundly rejected the notion of “secret” law or the idea that a legislature’s subjective intent—or perhaps even just the subjective intent of a few legislators—could supersede the plain language of a statute. Certainly not. In a line that sent chills up my spine, the majority reminded us: “Only the written word is the law, and all persons are entitled to its benefit.”