NAACP Sues DHS Over The Racially Discriminatory Termination of TPS 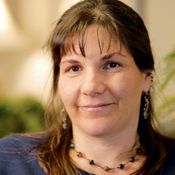 On January 24, the NAACP and the NAACP Legal & Educational Defense Fund sued the Department of Homeland Security for terminating the Temporary Protected Status (TPS) designation for nearly 60,000 Haitians, claiming the decision is racially discriminatory. The TPS determination should be based on a neutral evaluation of whether the conditions in the country have sufficiently improved to allow the safe return of migrants. Instead, the NAACP argues, the administration’s rationale is pretextual, and reflects the broader context of President Trump’s open hostility to non-white immigrants that began on the day he launched his campaign and have persisted since then. TPS has also been terminated for Nicaragua, El Salvador and Sudan.

“The decision by the Department of Homeland Security to rescind TPS status for Haitian immigrants was infected by racial discrimination,” said Sherrilyn Ifill, director of the NAACP Legal Defense & Educational Fund. “Every step taken by the Department to reach this decision reveals that far from a rational and fact-based determination, this decision was driven by calculated, determined and intentional discrimination against Haitian immigrants.”

Specifically, the NAACP argues that the discriminatory motive “is supported by the Administration’s departure from the normal decision-making process; the fact that the decision bears more heavily on one race than another; the sequence of events leading to the decision; the contemporaneous statements of decisionmakers; and the historical background of the decision.”

Haitian immigrants were first granted TPS after the catastrophic January, 2010 earthquake that killed hundreds of thousands of people and rendered a million homeless, with many more residing in substandard housing. In extending the designation in 2011, then-DHS Secretary Janet Napolitano observed that the “earthquake has exacerbated Haiti’s position as the least developed country in the Western Hemisphere and one of the poorest in the world.” In October, 2010, Haiti was hit by a cholera epidemic brought by UN peacekeeping troops from Nepal and spread through reckless waste disposal management. The epidemic has killed nearly 12,000 people and sickened more than 900,000, and continues today. After years of stonewalling, the UN finally offered Haiti an apology for last year, but has only raised a tiny fraction of the $400 million the U.N Cholera Relief Fund in Haiti intended to provide cholera remediation, improvements to the water and sanitation system, and relief to victims. Although the previous administration contributed millions to cholera remediation, the Trump administration has refused to contribute anything at all, blaming the epidemic on the UN’s incompetence. And then, in October, 2016, Haiti was hit again by a devastating Category IV hurricane that intensified the country’s political and economic instability.

The Trump administration’s animus towards Haitians was evident as early as April, 2017, when then Secretary John Kelly instructed DHS to begin seeking evidence that Haitian TPS recipients were either criminals or receiving public assistance. “The administration’s efforts to gather this data on Haitian TPS recipients trades on false anti-Black stereotypes about criminality and exploitation of public benefits, and suggests the effort to manufacture a public safety rationale,” the complaint argues. Further evidence of discriminatory intent includes Trump’s June, 2017 comment that all Haitians have AIDS, and is reinforced in his January, 2018 comment that he did not want migrants from “shithole” countries, asking “Why do we need more Haitians?,” followed by an order to take them out of a draft immigration plan. Senator Richard Durbin, who was shaken by the tenor of the meeting, characterized Trump’s focus on Haitians as “an obvious racial decision.” But as Brian Concannon, Executive Director of the Institute for Justice and Democracy and Haiti said, “President Trump’s remarks about Haiti are false. They are an affront to the dignity of the Haitian people and the American people.” There has also been a dramatic spike in the number of Haitians deported last year.

Howard Simon, executive director of the American Civil Liberties Union of Florida, told the Miami Herald that immigration policies do not typically belong in the courts, but that “we have to acknowledge that the immigration policies of this administration seem more and more clearly rooted in racism and racial animus.” His organization is involved in several lawsuits against the administration, including Trump’s travel ban. “When Trump says we need a Muslim ban to protect the country from terrorists, when he says we need a wall to protect the safety of our communities, what he’s saying is ugly racism; Muslims are terrorists, Mexicans are criminals,” Simon continued. “The more he talks, the more the doors of the courtrooms of this country should be open to challenging immigration policies that clearly seem to be based on race and ethnicity.”