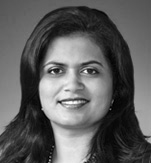 In the first federal court decision after the U.S. Supreme Court’s strong affirmation of the right to choose in Whole Woman’s Health, et. al. v. Hellerstedt, Judge Pratt of the Federal Southern District of Indiana granted a preliminary injunction that blocked an Indiana anti-abortion statute from becoming effective. She prohibited Indiana from enforcing its bans on disability-selection, sex-selection, and race-selection abortions.

These bans would have prohibited a woman from terminating her pregnancy well before viability if she were doing so for reasons identified by the statute, namely because the fetus had a genetic abnormality or because of its race or sex. Indiana is not the only state to have adopted reason-based restrictions. Today, nine states ban sex-selective abortion, two states ban disability-selection abortion, and two states ban race-selective abortion.

The opinion garnered significant media attention because it came in the shadow of Whole Woman’s Health. But that opinion had little to do with that decision. Indeed, Judge Pratt mentions that case only once and even then in a footnote. Instead, she rests her decision on the Supreme Court’s prior abortion jurisprudence. Citing Roe v. Wade and Planned Parenthood v. Casey, she says that “the woman’s right to choose to have an abortion pre-viability is categorical, a state cannot prohibit any woman from making the ultimate decision to terminate her pregnancy before viability.” Illinois, a state that borders Indiana, similarly agreed to limit its sex-selective abortion ban to post-viability abortions after the U.S. Supreme Court’s decision in Casey in 1993.

These states not only create “obstacles” to pre-viability abortions, but are complete bans. Although women do terminate pregnancies if the child will have severe disabilities, rarely (if at all) do women in the United States terminate pregnancies because they do not desire to have a child of a certain sex. Moreover, the concept of race-selective abortion bans is “absurd” according to a member of the U.S. House of Representatives, Rep. John Conyers.  This is because these laws suggest that minority women discriminate against their fetuses on the basis of race. Anti-abortion advocates argue that these bans are needed to prevent discrimination against the fetus.

Judge Pratt’s decision only temporarily suspends the law. A full trial will determine the fate of the Indiana statute and similar court battles will likely ensue in courts around the country. The U.S. Supreme Court recognized that the justification for the Texas statute in Whole Woman’s Health was nothing more than fig leaf to restrict women’s access to abortion. Courts should similarly recognize that reason-based bans do little more than burden access to reproductive care.