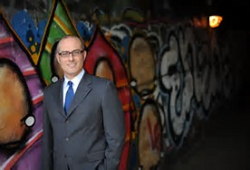 Even amidst the barbeques, beach trips, and sales during 4th of July weekend, most Americans are quick to declare proudly that July 4th is about our independence, our freedom. However we choose to celebrate/observe the holiday, I think we ought to spend some time asking, independent or free to do what, to be what.

To be clear, though history matters, I am not suggesting we ask what the signatories to the Declaration of Independence wanted, because we know that they permitted, and in some cases embraced, certain ideas we now reject (read: slavery, no voting rights for women, etc.).  Independence means we can choose what type of society we want to create.

My wish? I want to live in and contribute to a society that elevates every child and is committed to protecting and ensuring the rights and well-being of all children. On that front, we have a long way to go, as evidenced by the newly-released State of the World's Children report, published by UNICEF. The annual report has sobering news for those who care about children around the globe. And it shows that the United States has work to do as well.  Sure, the United States is performing better than many other countries, but the comparative analysis is not the full picture (after all, what parent of a sick child would willingly accept substandard health care for their child, simply because the provider said, well, in Somalia, some kids have no access to care at all).  That the U.S. does better than other poorer countries is not anything to celebrate.

We shouldn’t use comparisons to make ourselves comfortable.  Instead, we should see them as an indication of what’s possible. So, for example, with respect to infant and child (under-5) mortality, 43 countries with lower rates than the United States show that progress is possible.  The U.S. is tied for 44th with Malaysia, Serbia Slovakia, and the United Arab Emirates.  And our progress has slowed: in 1990, Cuba’s infant mortality rate was higher than the U.S. rate; they have improved and now do better than the United States.

Each year, the State of the World’s Children report centers around a theme issue; this year, it was inequity. The United States again stood out, for the wrong reasons. UNICEF reports:

And infant mortality is just the beginning. A child’s survival does not guarantee it will have the opportunity to develop to his or her full potential.  The Declaration of Independence famously asserts that “all men are created equal.” It seems hard to believe that they intended this literally—equal only at the moment of birth, but thereafter we should be okay with significant inequity in survival rates, access to health care and education.

Of course, children are not the only area where human rights work remains. But success in ensuring children’s rights and well-being is foundational to creating a society where young people can realize their full potential and grow into adults who are empowered to realize their rights and contribute to their communities.

We’re not there yet. But as it’s been 240 years since the Declaration of Independence, it might be time to move a little faster.