Within Immigration Customs Enforcement  is a unit that investigates war criminal and other human rights abusers from entering or remaining in the United States.

According to its website, the Human Rights Violators and War Crimes Center has four missions: 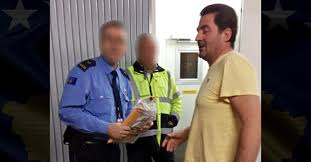 who is suspected of organizing war crimes against Serbian collaborators by beating them during interrogations and by turning those detained over to the Kosovo Liberation Army for further torture.  In 1999, Dacaj entered the US on a fraudulent passport and visa.  He was ordered removed in 2003 by an immigration judge but he was not arrested until last August.  Last week  Dacaj was deported and surrendered to authorities in Kosovo.