False claims continue to abound about pioneering 19th century feminists Elizabeth Cady Stanton and Susan B. Anthony as to their views on abortion, including this week in the Wall Street Journal.

As a scholar of Stanton's work for the last twenty years studying her focus on legal and social reform of the family and marriage, I have written extensively against these false claims and tried to set the record straight by delving into the historical details (incorrectly) asserted for these claims.  I post here to refresh the recollection of that work as relevant to ongoing debates:

Early feminist icons Elizabeth Cady Stanton and Susan B. Anthony changed forever the role of women in American society. In the 19th century they tirelessly promoted public education on behalf of women’s equality and demanded that women be given the right to vote. But contrary to recent claims by advocacy groups, they were not in favor of abortion.

After a leaked Supreme Court draft decision appearing to overturn Roe v. Wade circulated in May, the nonprofit National Susan B. Anthony Museum and House in Rochester, N.Y., accused the Susan B. Anthony List, a pro-life political action committee, of misappropriating the famous suffragist’s name. “To suggest that Susan B. Anthony would support government intervention in a woman’s decision about a pregnancy is abhorrent,” museum president Deborah L. Hughes wrote in a post on the organization’s website.

The Elizabeth Cady Stanton Trust similarly claims that its namesake would have supported abortion-rights advocacy in the 21st century. The group has filed lawsuits in Michigan, New York and Rhode Island, asking courts, according to a press release, “to protect Roe v. Wade from being overturned, and firmly establish the Equal Rights Amendment . . . in the United States Constitution.”

In fact, it’s the pro-choice groups that have it wrong. During their lifetimes, both women vociferously condemned abortion.

Here are links to my work challenging and disproving the historical basis on which these incorrect assumptions continue to rely:

The Atlantic, The Abortion Debate and the Legacy of Women's Suffrage (June 2019) 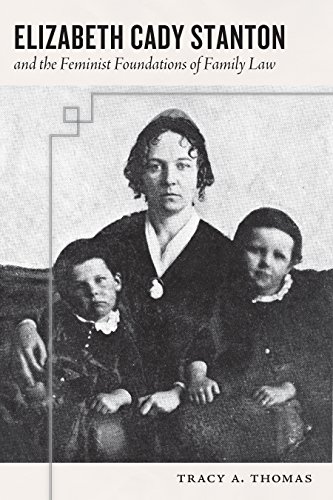