Her school, Charter Day School in Leland, North Carolina, prohibits female students from wearing pants or shorts — a policy that an ongoing lawsuit claims is illegal.

Charter Day is hardly the first school to come under fire for a controversial dress code policy, but their skirts-only rule is “definitely an outlier,” Galen Sherwin, an ACLU attorney who is involved in the case, told TODAY Style.

“This is definitely an extreme case,” she said. “Certainly none of the schools in the local area have a similar requirement, including the Catholic schools.”

Charter Day School claims their uniform policy instills “chivalry” and “traditional values” in students. Baker Mitchell, founder of the Roger Bacon Academy, the organization that runs Charter Day School, explained the rationale for the policy in a 2015 email to parent Bonnie Peltier.
“Bullying and sexual harassment are current topics of concern almost everywhere we look,” Mitchell wrote. “Teen pregnancies and casual sex receive concerned attention in most communities. Thus, the uniform policy seeks to establish an environment in which our young men and women treat one another with mutual respect.”

The Trustees, parents, and other community supporters were determined to preserve chivalry and respect among young women and men in this school of choice. For example, young men were to hold the door open for the young ladies and to carry an umbrella, should it be needed. Ma’am and sir were to be the preferred forms of address.

From the deposition (from ACLU):  Explaining school wants to facilitate a "code of conduct where women are treated, they're regarded as a fragile vessel that men are supposed to take care of and honor." 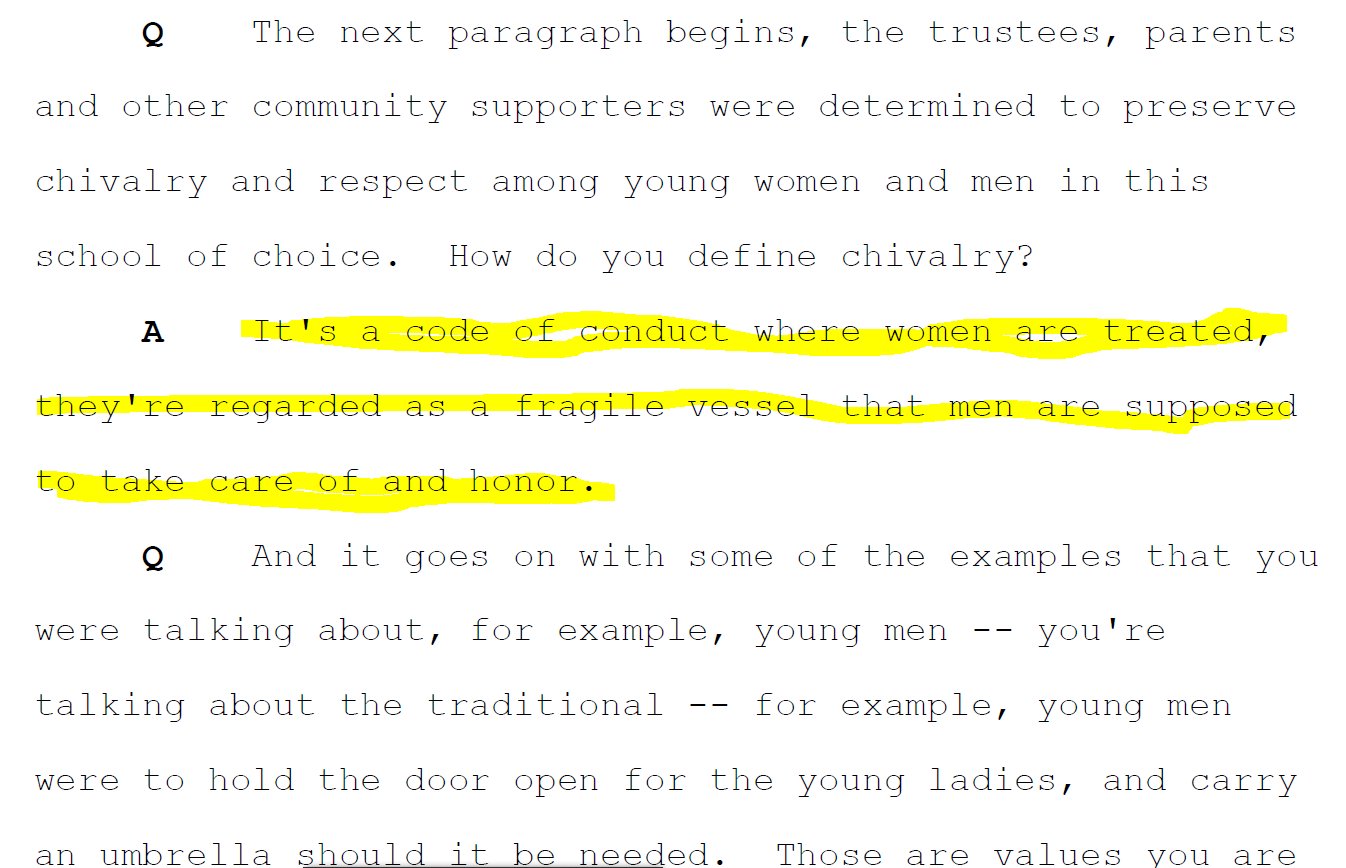