Before MeToo There was Catharine MacKinnon 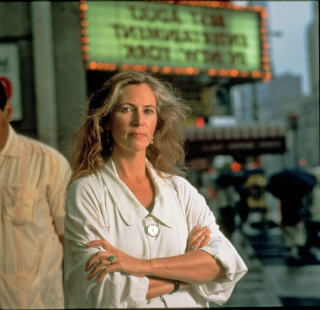 NYT, Before #MeToo, There was Catharine MacKinnon and her Book "Sexual Harassment of Working Women"

Catharine A. MacKinnon’s influential work of legal scholarship published in 1979, but it offers the clearest possible illustration of the dynamics that MacKinnon believed were central to the American workplace, a system in which women were judged by the standards imposed on wives and concubines, used and discarded similarly.

MacKinnon, whose work has helped shape thinking about harassment, wrote at a time when the trees were beginning to shake in a landscape that still looked a lot like Cheever’s. Women remained employed largely in their capacity to serve as secretaries, receptionists, nurses, typists, telephone operators, research assistants. In the book, MacKinnon draws on the observations of the sociologist Talcott Parsons, who noted that a woman in an “occupational organization” was essentially a “wife-mother,” tasked with ego-building, “housekeeping (tidying up, answering the phone, getting coffee)” and performing the attendant role of “sex object.” In 1976, aRedbook magazine survey examining sex at work brought a kind of loose statistical confirmation, with one in three respondents remarking that appearance was as important as any other qualification when it came to getting hired. MacKinnon cites one woman’s lament that the well-paid jobs always go to the prettiest girls. It was a woman’s fate to either endure the migratory hands of a male boss and earn a decent living, or wish she looked good enough to invite the indignities.

These arrangements made the sexual subjugation of women in offices and on factory floors inevitable. “Women tend to be economically valued according to men’s perceptions of their potential to be sexually harassed,” MacKinnon argues. “They are, in effect, required to ‘ask for it.’” These imbalances, built on the subordination of female labor to male desire, meant that coercion and compliance could never be disaggregated — a notion that only now, in the aftermath of so many harassment scandals, with replicating details, is finding its place in our collective recognition. MacKinnon and other feminists who are almost always tagged as “radical” reflexively saw what so many witnesses to the current revelations are still absorbing: Harassment has been endemic to the way we do business. It has been tireless and unyielding.