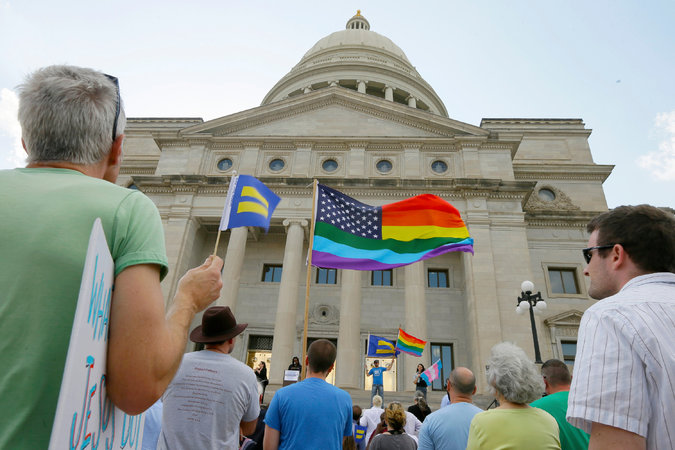 Indiana recently passed a law that ostensibly promotes religious freedom but arguably also promotes the right of businesses to discriminate against gays.  Arkansas has followed suit with a legislative bill that does something similar.

For discussion by the NYT, see here.

And for a conservative defense of the Indiana law--which is interestingly couched in the technical formalities of law, rather than the cultural ideology of heterosexuality (a tacit homage to liberalism?)--check out the arguments in the National Review.

And, for a typically droll commentary by Andy Borowitz at the New Yorker, check out this spoof (it's quite absent any snark and it's a telling commentary about the ubiquity these days of straight people having friends, colleagues, and, indeed, family members, who are gay).