Spike in Claims from Family Law in Canada

LawPRO said there was “real growth” in the proportion of claims from family law and wills and estates in 2018.

“Growth in these areas may be caused by Canada’s aging population, or dramatic changes in the value of real estate,” LawPRO said in the report.

Joanna Lindenberg, an associate at de Vries Litigation LLP in Toronto, wrote an article on May 21 for the Ontario Bar Association on how estates and trusts practitioners, particularly solicitors, can avoid claims for negligence. In the article, she noted that a drafting solicitor owes a duty of care to both the client and intended beneficiaries of the estate.

Louisiana Law on Abortion To Be Signed by Governor

Louisiana lawmakers on Wednesday passed a strict new abortion ban that would prohibit the procedure before some women even know they are pregnant, joining half a dozen conservative states with similar measures.

In a 79-23 vote, the Louisiana House gave final passage to a bill barring abortion once there's a detectable fetal heartbeat, as early as the sixth week of pregnancy. 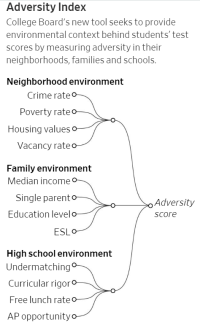 Family law attorneys are confronted with a number of practical challenges in choosing whether to file an appeal. The decision of whether to appeal or not to appeal involves evaluating complex factors, including alternative remedies, the likelihood of success, the legal costs involved, and a determination of what “success” or “failure” on an appeal may mean for your client.

The reality is that an appeal is not an easy process. Odds are high against its success, and most family law lawyers do not handle or even bother to touch appellate work.

This Article offers empirical data on the extent of family law understanding among Americans when it comes to creditors’ rights. Our data, composed of surveys, reveal that people’s perceptions of these rights do not change across states despite different legal regimes, and that people who are divorced have no better knowledge than those who have never been divorced. These original findings have important implications for law and policymakers.

The Supreme Court said Tuesday that a provision of an Indiana law which said the state may prohibit abortions motivated solely by race, sex or disability should remain blocked. The court, however, did say it would allow part of the law that requires clinics to bury or cremate fetal remains to take effect.

In his decision last year, Judge William Bauer wrote that provisions in the law that bar women from seeking abortions in certain cases "clearly violate" what he described as "well-established Supreme Court precedent, and are therefore, unconstitutional."
Read more here.

Imagine you and your two-year old child move in with your parents, and you rely on them to care for her while you work several jobs at odd hours. After several years, you get into a fight about parenting, move out, and limit their time with your child. Should the law treat them as equal legal parents and allow a judge to decide how much grandparent visitation will benefit your child? Legal doctrines with this effect now appear in the Uniform Parentage Act (2017), the Uniform Nonparent Custody and Visitation Act, and the Restatement of Children and the Law. Under these de facto parenthood provisions, a nonparent can become a legal parent if the existing parent allows her to reside with, care for, and develop a relationship pa-rental in nature.

De facto parenthood is either unnecessary, unwise, or unconstitutional. Many courts adopted it to protect same-sex parents from discriminatory parentage statutes, but the new parentage presumptions and assisted reproduction provisions apply irrespective of gender or sexual orientation. De facto parenthood is often duplicative of rules about abandonment, guardianship, de facto custody, and stepparent adoption, except its broad parentage standard sometimes undermines their well-established formal limits. The doctrine’s only distinctive contribution concerns former co-residential caregivers. It empowers judges to decide whether it is best for a child to maintain ongoing relationships with a relative, cohabitant, or stepparent who helped care for the child alongside her parent. In these cases, de facto parenthood violates parents’ constitutional rights. These parents consented to help, not to transfer their parental rights. Little evidence suggests that limiting a child’s ongoing relationships with secondary caretakers is harmful. Although de facto parenthood was an essential bridge to protect children and parents from discriminatory parentage laws, the doctrine should have no ongoing role in contemporary parentage law.

If a spouse or partner is suffering from mental illness to the extent that he or she cannot make rational decisions, the court has a variety of options to protect that person, both personally and his or her property. The court can appoint a guardian for the person, particularly if the illness is so extreme as to cause a person to be incompetent. Gay couples in Taiwan plan a mass wedding registration after lawmakers voted to legalize same-sex marriage, a first in Asia and a boost for LGBT rights activists who had championed the cause for two decades.

Legislators pressured by LGBT groups as well as by church organizations opposed to the move on Friday approved most of a government-sponsored bill that recognizes same-sex marriages and gives couples many of the tax, insurance and child custody benefits available to male-female married couples.

What Can Happen When A Country Bans Abortion

As lawmakers in Alabama this week passed a bill that would outlaw abortion in the U.S. state entirely, protesters outside the statehouse wore blood-red robes, a nod to Margaret Atwood’s dystopian novel The Handmaid’s Tale, in which childbearing is entirely controlled by the state. Hours later, the book was trending on Twitter.

But opponents of the restrictive abortion laws currently being considered in the United States don’t need to look to fiction for admonitory examples of where these types of laws can lead. For decades, communist Romania was a real-life test case of what can happen when a country outlaws abortion entirely, and the results were devastating.

A Comparison of the Alabama v. Georgia Abortion Bills

In 2019, more than a dozen states have either passed or attempted to pass stricter abortion legislation. Alabama's Senate passed a bill Tuesday that would be the most restrictive in the nation.

Georgia's Gov. Brian Kemp has already signed a bill that would make performing an abortion illegal once a heartbeat is detected. That new law is scheduled to take effect Jan. 1.

Two other states – Ohio and Mississippi – have passed similar legislation. The bills are expected to face litigation.

Missouri is poised to become the latest Republican-led state to enact a strict anti-abortion law, setting up a series of legal battles that could lead to the Supreme Court reconsidering Roe v. Wade.

The Missouri House on Friday approved a bill that had already cleared the state Senate, sending it to the desk of Republican Gov. Mike Parson, who has said he will sign it into law.
The bill, HB 126, would prohibit abortions after eight weeks of pregnancy -- after a heartbeat is detected -- though many women often don't know they're pregnant in that time. The bill includes exceptions for what it defines as medical emergencies, such as cases when the mother's life is at risk or she is facing serious permanent injury, but not for pregnancies that are the result of rape or incest.
Read more here.

Share
Students registered in law faculties are invited to submit papers to The Allan Falconer Memorial Student Essay Competition in Family Law. Articles may be on any topic related to the field of family law. The submission deadline is May 31, 2019. The winner will receive a $150 award and will have their essay published in Volume 33 of the Canadian Journal of Family Law.
Submissions can be sent to cdnjfl@gmail.com. Further information can be found at http://faculty.allard.ubc.ca/cdnjfl/index.html.
We would appreciate it if family law professors could share this contest information with JD and LLM students who wrote family law papers this past school year. Thank you very much for your support!

An American couple living in Nairobi, Kenya, is demanding answers after a 3-year-old boy in their custody, they say, was taken away by authorities last month without explanation.

Surveillance footage from April 5, obtained by CNN, shows two cars pull up to the Mazzoncinis' apartment complex and a group of people piling out. Shortly after, two women, their faces obscured by headscarves, can be seen carrying the boy downstairs and out of the building.
That was the last time Matt and Daisy Mazzoncini saw Kiano, whom they say they've been caring for since he was 6 months old.
Read more here.

From The Japan Times:

The Diet enacted a legal revision Friday to enable a child to be handed over to a parent who has been awarded custody, even if the other parent refuses to abide by a court order to do so.

Before the revision, the civil implementation law had no clear stipulation regarding child custody handovers. Court officials had to rely on a clause related to asset seizures to enforce court orders, a tactic that was criticized for treating children as property.

In 1995, this once very Catholic country voted to allow divorce by a tiny margin, with a backing of 50.3%.

The constitutional position is that if someone has been separated for four of the previous five years they can apply to get a divorce and to remarry.

And in the Republic there has to be a referendum to amend the constitution.

The government is proposing - in a vote on May 24 - to remove divorce timeframes from the constitution and to allow the Oireachtas (Irish parliament) to decide how long a couple should be separated before divorce is allowed.

Alabama has joined the growing number of states determined to overturn Roe v. Wade by banning abortion from conception forward. The Alabama Human Life Protection Act, as the new statute is called, subjects a doctor who performs an abortion to as many as 99 years in prison. The law, enacted Wednesday, has no exceptions for rape or incest. It redefines an “unborn child, child or person” as “a human being, specifically including an unborn child in utero at any stage of development, regardless of viability.”

We ought to take our laws seriously. Under the laws, people have all sorts of rights and protections. When a state grants full personhood to a fetus, should they not apply equally?

For example, should child support start at conception? Every state permits the custodial parent — who has primary physical custody of the child and is primarily responsible for his or her day-to-day care — to receive child support from the noncustodial parent. Since a fetus resides in its mother, and receives all nutrition and care from its mother’s body, the mother should be eligible for child support as soon as the fetus is declared a person — at conception in Alabama, at six weeks in states that declare personhood at a fetal heartbeat, at eight weeks in Missouri, which was on the way to passing its law on Friday, but at birth in states that have not banned abortion.

Proposed Bill to End Tax Deduction for Abortions in Arizona

From The Daily Signal:

An Arizona congressman plans to introduce a bill Wednesday that would end a tax deduction for abortions.

“For years, the pro-abortion movement has marketed abortion as a form of reproductive health care,” Rep. Andy Biggs, R-Ariz., said in a statement provided to The Daily Signal.

“But it’s time for us to be honest with ourselves – health care is primarily a restorative function, one that helps our bodies heal from a disease or ailment. Under no circumstances should health care include the intentional taking of a life. The ‘Abortion Is Not Health Care Act’ is a small step towards ending the federal government’s treatment of abortion as a ‘healing medical practice,’” he added.