Last week, in a long-running inheritance dispute, the Maine Supreme Court ruled that an adult adoption of a same-sex partner was legitimate.  The dispute mostly surrounded a very large trust set up by one of the founders of IBM for the benefit of his descendants and whether the adoptee-partner was a descendant who could gain a share of the substantial trust.  The Court said she was indeed part of the trust beneficiary class.

For more on the topic, see Syracuse Law Prof Terry Turnipseed's article on the topic.  The article looks at multiple angles on the issue of adult adoptions of spouses or romantic partners, including the distinct possibility that in about half of the states, the adoptor could be prosecuted for incest resulting in serious jail time (which has occurred on many occasions in many states in the past) and whether Lawrence now protects this behavior.

Family Law Prof Andrew Shepherd, of Hofstra Law School, reporter for the Uniform Collaborative Law Act, reports that the Uniform Law Commission voted to adopt the Act on July 15th at its meeting in Santa Fe.  The Act recognizes collaborative law as an alternative dispute resolution process. It is also the first uniform act that articulates requirements for informed client consent to participate in an alternative dispute resolution process and a duty upon lawyers to protect the safety of clients from domestic violence when the client participates in ADR.  The Act now goes to the Style Committee for final review, and Professor Schepard  have to revise the Act's commentary. It then goes to the ABA House of Delegates and, ultimately, the state legislatures for enactment.

Just a reminder that Hofstra Law School is hosting a conference on collaborative law and the UCLA on Thursday, November 19th and Friday, November 20th.

ILaw Profs. Robin Fretwell Wilson, of Washington and Lee University, and Douglas Laycock, of the University of Michigan have published Same-Sex Marriage and Religious Liberty:  Emerging Conflicts (Rowman & Littlefield 2008).   According to their announcement of the book: This is not another book about the pros and cons of same-sex marriage.  Rather, this volume assumes that same-sex marriage is and will be the law for a significant part of the population, and asks the next question:  What happens to religious dissenters?  When government recognizes same-sex marriage, will every private citizen also have to recognize these marriages?  That question is already arising in many contexts, from wedding photographers to reproductive medical services to fringe benefits and even to freedom of speech.  The question is whether we can have sexual liberty for same-sex couples and religious liberty for conscientious objectors, or whether the recognition of one of these liberties will inevitably preclude the other, so that we are forced to choose between them.

The contributors include both opponents and supporters of same-sex marriage, and experts on religious liberty, family law, and gay rights.  They survey existing litigation and explore a range of possible solutions to the emerging conflict between same-sex marriage and religious liberty.  All the contributors are lawyers writing for a legal audience.

Albany Law School seeks candidates for, among other positions, a full-time, tenure track position teaching courses in Family Law and other related subjects. Albany Law School offers a vibrant scholarly environment while fostering and developing excellence in teaching. A short drive from New York City, Boston, and Montreal, the Albany region offers exceptional cultural offerings and outdoor recreation in all seasons. Other positions are available in business, torts, intellectual property, and tax. Candidates should submit a resume to Barbara Jordan Smith at bjord@albanylaw.edu. For inquiries and further information, contact Peter Halewood (phale@albanylaw.edu), Mary A. Lynch (mlync@albanylaw.edu), or Christian Sundquist (csund@albanylaw.edu).

Share
Section on Family and Juvenile Law
Money, Intimacy, Law and the Contours of Inequality
2010 Annual Meeting
New Orleans, LA
Friday, January 8, 2010, 10:15 am-12:15 pm
Increasingly, there is a call for restraint in or even abandonment of law's regulation of intimate life, allowing for relationships forged from self-determination and free choice. This ideal, attractive as it may be, often defies reality. It remains the case that individuals are not all equally free. What is the appropriate role for law regarding inequalities manifest in family life? With a focus on wealth disparities, this program will explore various interactions between money, intimacy and law and the degree to which law serves the goal of equality across gender, sexual orientation, race and class. Because the topic is potentially so broad, the panelists will highlight a few instances where these issues converge. Discussion will include the legal regulation of economic activity in committed adult intimate relationships, and in parent-child relationships.

The AALS Section on Family and Juvenile Law invites submission of papers that will contribute to a panel addressing Money, Intimacy, Law & Inequality as described above. The person whose paper is selected will join the panel as a presenter at the 2010 AALS Annual Meeting. If you are interested, please submit an abstract of the paper, along with a draft, by September 1, 2009, to Alicia Kelly, Widener University School of Law at abkelly@widener.edu. Papers which are already accepted for publication may be submitted. All participants will be responsible for their own travel and registration expenses for attending the conference.

Some useful resources as you prepare to teach the issues surrounding the State of Massachusetts' suit against the federal government challenging the Defense of Marriage Act:

The complaint  - filed in US district court in Massachusetts

DOMA Watch (which describes itself as "a joint effort by the growing coalition of Americans and their various organizations that support the preservation of marriage as a union of one man and one woman." - the website contains an extensive case list with complaints, opinions, and other court documents)

The Human Rights Campaign (which describes itself as "America’s largest civil rights organization working to achieve lesbian, gay, bisexual and transgender equality" - the Marriage & Relationship Recognition pages, have a variety of resources on the issue).

For scholarship on DOMA, Professor Mark Strasser of Capital University has a number of articles addressing DOMA available on SSRN.  Most recently posted on SSRN, Professor Patricia Cain of Santa Clara University has an article on the intersection of DOMA and the Internal Revenue Code. 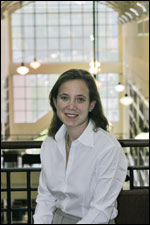 University of Dayton Family Law Prof  Pamela Laufer-Ukeles contends the nanny of Michael Jackson's children ought to have a legal claim for visitation or custodial rights to the pop star's children, but Grace Rwaramba's status as a paid caregiver will likely squash any chance of that. Her article, "Money, Caregiving and Kinship: Should Paid Caretakers Be Allowed to Obtain De Facto Parental Status?" published in the spring edition of the Missouri Law Review and available at SSRN, explains that state laws and the American Law Institute principles almost always exclude caretakers who receive compensation — foster parents, paid childcare providers and surrogate mothers — from the categories of psychological parents or de facto parents to whom courts may grant such rights. Her article contends that paid childcare providers should not automatically be disqualified from obtaining custodial rights in certain cases.

"Had Rwaramba been unpaid, or Jackson's live-in girlfriend or domestic partner of 10 years, she would have a good case for custody. But, add in some financial compensation and she becomes irrelevant," Laufer-Ukeles said. "This is despite everyone's acknowledgement that Rwaramba loves the children, has raised them their whole lives and is the only mother figure they know. The children have no relationship with their legal mother and their grandmother is almost 80 years old and not in the prime of her life to care for young children." Yet, as a paid nanny, the value of her bond with the children and her status as a functional caregiver, become legally irrelevant. This case is an excellent example of how society's disdain for paid caregivers hurts children." Her article cites some attempts by paid or unpaid caregivers, but all of those failed. She argues that excluding those who receive compensation for the care they give denigrates the value of care given by paid caregivers, misjudges the strength of the psychological bond between paid caregivers and children and discriminates against the poor and racial minorities.  Although Laufer-Ukeles believes Rwaramba should receive some consideration as a de facto parent, her prediction is that Rwaramba and Michael Jackson's mother, Katherine, who now has temporary custody, would likely lose out to Debbie Rowe, mother to Michael Jackson's two oldest children, if Rowe chooses to pursue custody.