Further DNA Testing is Approved in the Adnan Syed Case 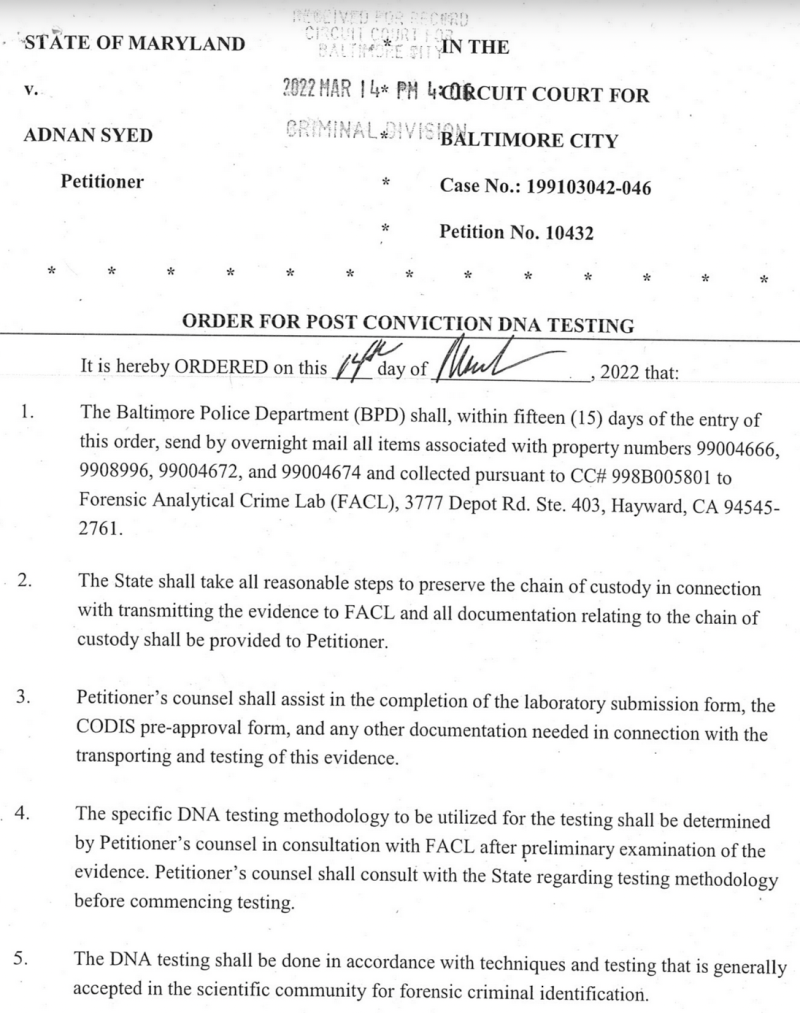 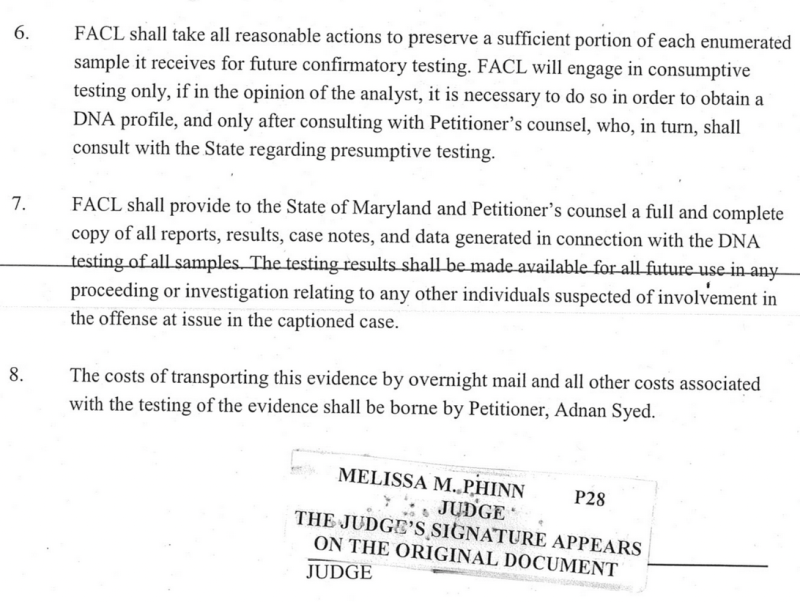 So, let's break that down.

First, the order requires the Baltimore Police to overnight the named items within 15 days to the Forensic Analytical Crime Lab within 15 days. The items to be sent are:

Second, the State to take reasonable steps to preserve chain of custody and give documentation of chain of custody to Adnan's team. This helps to ensure that FACDL are the same items taken from the crime scene in substantially the same condition, i.e., authentication.

Third, Adnan's attorney will play a role in sending the evidence and having it tested.

Fourth, it's unclear at this point what type(s) of DNA testing will be done. That determination will be made after Adnan's attorney consults with FACDL and the State.

Fifth, that testing will be based on techniques generally accepted in the pertinent scientific community, i.e., will satisfy the Frye test.

Sixth, the testing will be done in a way that preserves the evidence for further testing unless consumptive testing (that destroys the evidence) is needed to create a DNA profile.

Seventh, FACDL will provide the testing results to both Adnan's team and the State.

Eighth, Adnan will pay for the testing.

In other words, everything is being done by the book, and, assuming there's not a huge backlog, the testing should be done within a few months.

Thanks for providing the summary, it’s very helpful. Question- what happens if the results are not a match for someone who has previously been charged. In other words, can alternate suspects be forced to give DNA samples?