Today, North Carolina Governor Roy Cooper issued a Pardon of Innocence for Ronnie Long, whose case we covered on the Undisclosed Podcast: 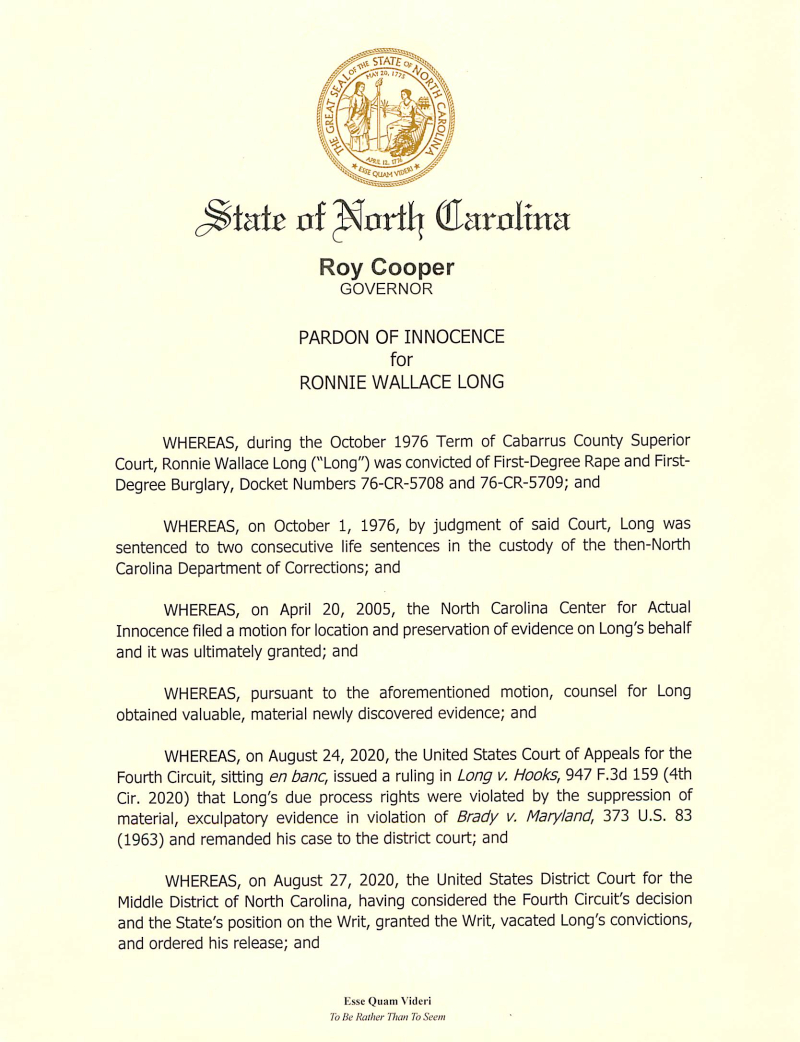 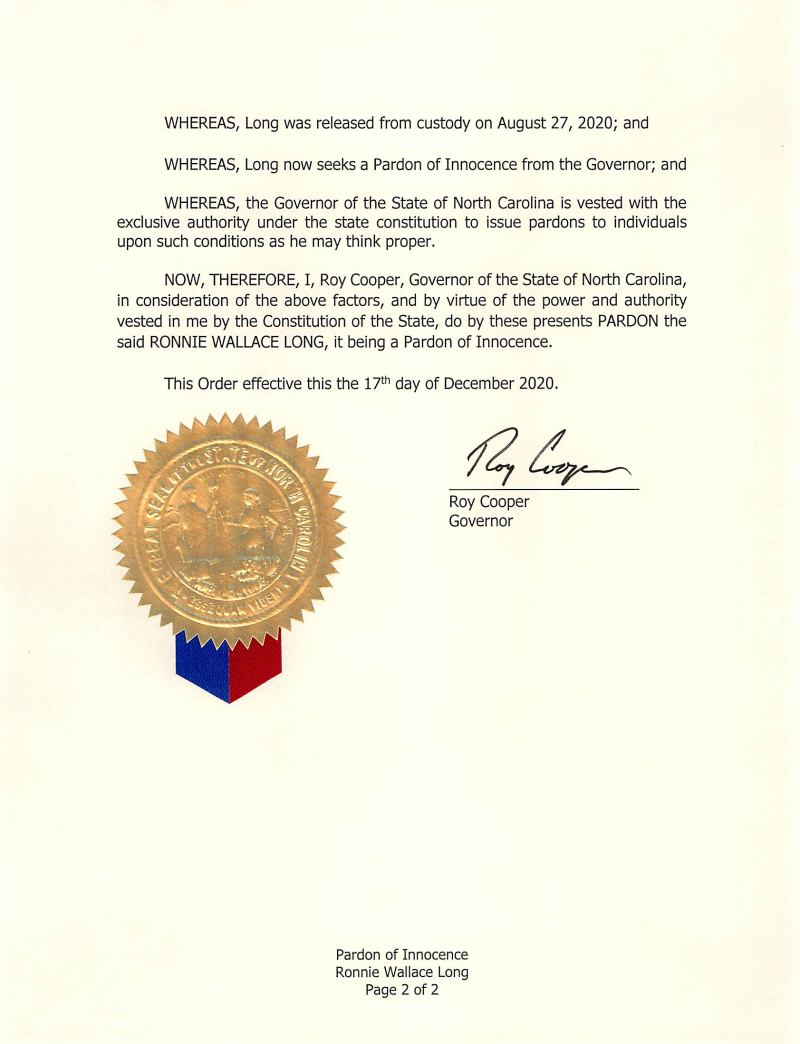 So, why is this a big deal?

On August 26th, the United States Court of Appeals for the Fourth Circuit found that the State had failed to disclose gobs of exculpatory evidence, leading to Ronnie Long being wrongfully convicted and incarcerated for more than 44 years. Then, the next day, the United States District Court for the Eastern District of North Carolina vacated his convictions and two life sentences.

North Carolina is among the majority of states that has a statute providing for compensation to the wrongfully convicted. But, like a handful of states, it has a strict requirement that precludes many exonerees from getting a cent. Section 148-82(a) of the North Carolina General Statutes states that

Any person who, having been convicted of a felony and having been imprisoned therefor in a State prison of this State, and who was thereafter or who shall hereafter be granted a pardon of innocence by the Governor upon the grounds that the crime with which the person was charged either was not committed at all or was not committed by that person, may as hereinafter provided present by petition a claim against the State for the pecuniary loss sustained by the person through his or her erroneous conviction and imprisonment, provided the petition is presented within five years of the granting of the pardon.

So, the court vacating Ronnie Long's convction(s) wasn't enough. He needed a Pardon of Innocence from the Governor...and he got it. This entitles him to recovery under Section 148-84(a) of the North Carolina General Statutes, which states in pertinent part:

And so, Ronnie Long should receive $750,000 in compensation. It can't come close to making up for 44+ years of wrongful imprisonment, but I hope it helps him in the transition to life outside prison that can be so difficult.