Federal Rule of Evidence 404(b) has been amended, effective December 1, 2020. Here's the new version of the Rule (with markups from the old Rule): 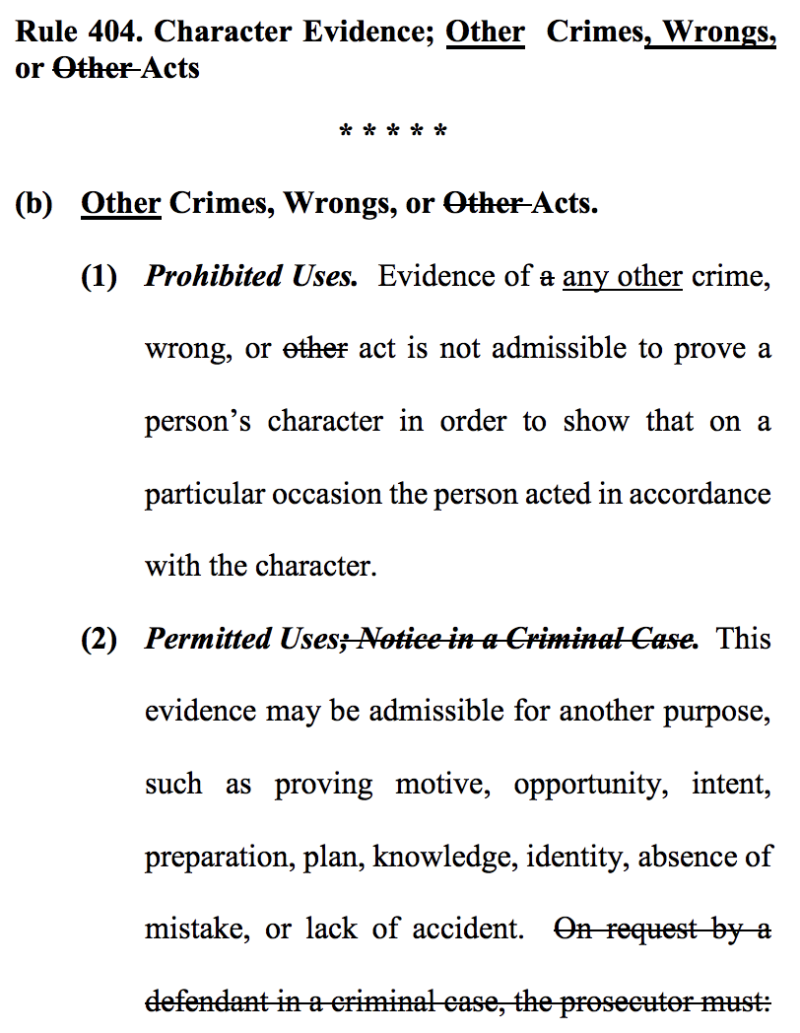 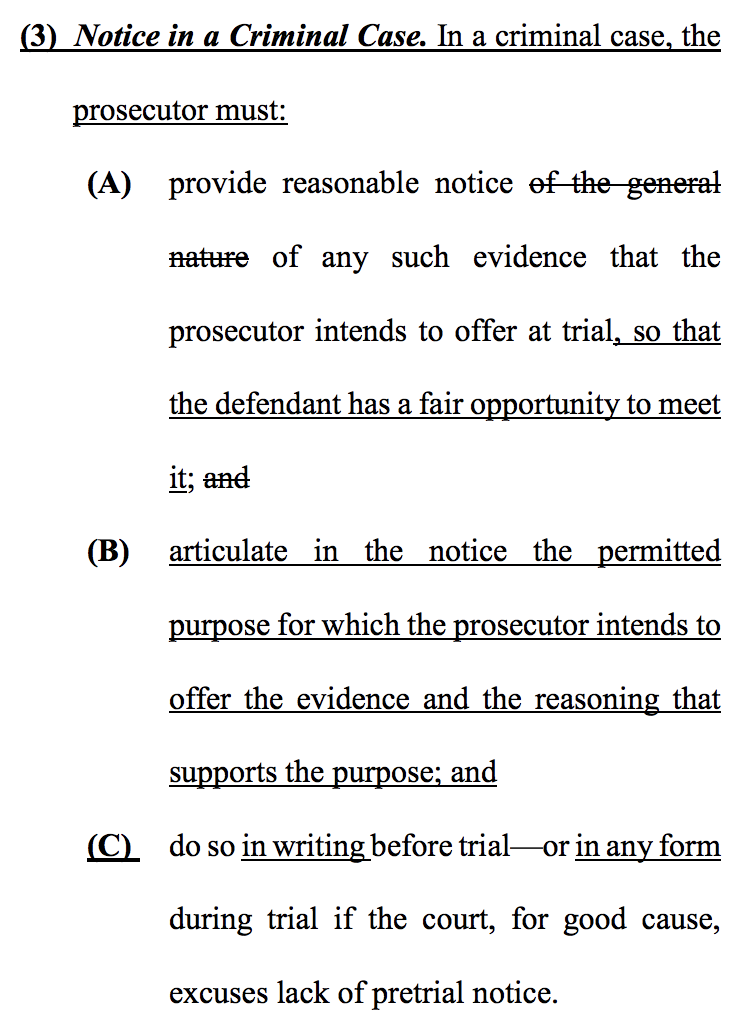 In the next few posts, I will go through the changes to Rule 404(b).

First, according to the Committee Note,

the amendment eliminates the requirement that the defendant must make a request before notice is provided. That requirement is not found in any other notice provision in the Federal Rules of Evidence. It has resulted mostly in boilerplate demands on the one hand, and a trap for the unwary on the other. Moreover, many local rules require the government to provide notice of Rule 404(b) material without regard to whether it has been requested. And in many cases, notice is provided when the government moves in limine for an advance ruling on the admissibility of Rule 404(b) evidence. The request requirement has thus outlived any usefulness it may once have had.

In other words, before December 1st, if Dana were being prosecuted for arson, without a request by the defense, there would be no obligation on the prosecution to disclose the fact that it planned to use prior arsons committed by Dana to establish common plan or scheme/modus operandi. Now, however, in the same case, the prosecution would have an affirmative obligation to make this disclosure, without the requirement of a request by the defense.