Yesterday, the Louisville Metro Council unanimously voted to pass Breonna's Law, a categorical ban on no-knock warrants (i.e., warrants where officers do not need to knock and announce their presence before entering). The law is named after Breonna Taylor, an emergency room technician who was fatally shot by officers executing a no-knock warrant at her apartment. For the past several weeks, people across the country and the world have called for the officers who fatally shot Breonna Taylor to be arrested. In this post, I will lay out the theory for what charges could be brought against the officers. 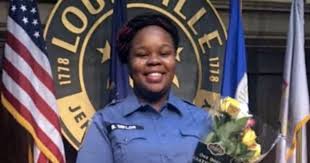 Basic Facts: On March 13th at about 12:30am, plainclothes police officers arrived at Breonna Taylor's apartment in Louisville to execute a no-knock warrant. The police had no reason to believe that Breonna Taylor was dealing drugs. They did, however, have reason to believe that Breonna's ex-boyfriend, Jamarcus Glover, was dealing drugs. And, on January 16th (i.e., about 2 months before the no-knock raid), a police officer witnessed Jamarcus Glover picking up a package from Breonna Taylor's apartment. Here is how the officer described what he saw and knew regarding that package in his affidavit seeking a no-knock warrant:

It turned out, however, that this information was not true. U.S. Postal Inspector Tony Gooden has come out and said that "Metro police did not use his office to verify that a drug suspect was receiving packages at Breonna Taylor's apartment." Gooden did say that

a different law enforcement agency asked his office in January to investigate whether Taylor's home was receiving any potentially suspicious mail. After looking into the request, he said, the local office concluded that it wasn't.

"There's no packages of interest going there."

And, indeed, the package the officer saw Jamarcus picking up contained clothes and/or shoes, not drugs.

Nonetheless, paragraph 9 above allowed the officer to get a search warrant, and he was able to make it a no-knock warrant by including the following paragraph:

Now, this paragraph might not seem to make sense given that, again, the police had no reason to believe that Breonna was a drug dealer. It makes more sense, though, when you realize that the police got five no-knock warrants in connection with Jamarcus Glover, with paragraph 15 being a cut-and-paste from other no-knock affidavits for other properties where drug dealers were known to live.

This cut-and-paste job points to quality control issues, including the fact that police had already arrested Jamarcus Glover at the time that the no-knock raid was done at Breonna Taylor's apartment. But apparently, not knowing this key fact, the officers went to execute the warrant at Breonna's place. The officers originally claimed that, despite having a no-knock warrant, they knocked and announced their presence, but neighbors have since contradicted their claim. Instead, it seems clear that, without any knock or announce, the officers began breaking down Breonna's front door with a battering ram, prompting Breonna's boyfriend, Kenneth Walker (a lawful gun owner) to fire one shot in response to what he though were burglars (a claim corroborated by his 911 call).

The officers responded by firing at least 20 bullets, at least 8 of which struck Breonna, causing her death. The resident of an adjacent apartment has also filed a lawsuit, claiming that the officers blindly fired, spraying gunfire into her apartment with a total disregard for human life. To this point, however, the only charges in the case have been filed against Kenneth Walker. He was initially charged with attempted murder and first degree assault, but those charges were later dropped. 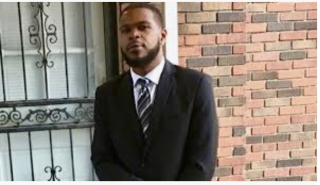 So, how about the officers who executed the no-knock raid at Breonna Taylor's apartment? What are the likeliest charges against them?

Criminal Charges: Beyond the possible crime of lying on the no-knock affidavit, there appears to be a clear homicide charge that can be pursued in this case.

This is known as "wanton" murder, and it is similar to the common law concept of depraved heart murder. The commentary to § 507.020(1)(b) gives the following examples of conduct that constitutes "wanton" murder:

Clearly, the officers' conduct falls into one of these categories: "shooting into...an occupied building." Just as clearly, this isn't a classic case of shooting into an occupied building. Instead, the police could respond that they were lawfully executing a search warrant, making their firing of shots in response to a bullet fired at them by Kenneth Walker justifiable.

There would, however, be at least two problems with that argument. First, I agree with Radley Balko's analysis in the Washington Post that the no-knock warrant in this case was illegal for several reasons: (1) It didn't have specific reasons related to Breonna Taylor justifying a no-knock warrant; (2) it contained the falsehood about verifying with the postal inspector that Glover had been receiving suspicious packages at Breonna Taylor's apartment; (3) without that falsehood, there was nothing suspicious about the package that Glover picked up; and (4) the no-knock warrant was based on information that was nearly two months old. Second, Kentucky has a Stand Your Ground Law, which would likely justify Kenneth Walker shooting at the officers (there's an exception for forcible entries by peace officers, but only if they identify themselves).

But, let's put both of those arguments aside. Let's say, sake of argument, there weren't an issue with the no-knock warrant and Kenneth Walker couldn't rely on Kentucky's Stnd Your Ground Law. Could the officers then claim self-defense as a defense to murder charges in connection with the death of Breonna Taylor?

In other words, sake of argument, let's say that the officers were justified in using force against Kenneth Walker. But, in firing several shots at him, Breonna Taylor, an innocent person was killed. According to statute and the commentary, if the State can prove that the officers acted wantonly or recklessly, they would be guilty of "wanton" murder and self-defense wouldn't apply.

Of course, you can imagine the officers claiming that shooting into an opaque apartment is different from shooting into a crowd, where you know innocent people surround a guilty person. But, first, the no-knock warrant listed three people as possibly being at Breonna Taylor's apartment. And, second, recall the neighbor's lawsuit. If the officers were blindly spraying bullets into an adjacent apartment as well, there seems to be a pretty good argument that they were acting wantonly or recklessly.

All of which goes to say that, based on what we currently know, there's a solid basis for charging the officers with "wanton" murder. The officers could also be charged with second degree manslaughter under Ky. Rev. Stat. § 507.040, which states, in pertinent part, that "[a] person is guilty of manslaughter in the second degree when he wantonly causes the death of another person." The commentary to Ky. Rev. Stat. § 503.120(2) describes the difference between these two crimes:

The two offenses described by these provisions, murder by KRS 507.020(1)(b) and manslaughter in the second degree by KRS 507.040, have three elements in common: the conduct in question must have involved a substantial and unjustifiable risk of death to human life; the defendant, in causing the death in question, must have consciously disregarded that risk, and his disregard must have constituted “a gross deviation from the standard of conduct that a reasonable person would [have observed] in the situation.” Taken together, these three elements constitute the culpable mental state defined in KRS 501.020 as “wantonness,” and without more, will suffice for a conviction of manslaughter in the second degree. If accompanied by a fourth element, i.e., “circumstances manifesting extreme indifference to human life,” they are sufficient for a conviction of murder.

Both of these seem like plausible charges against the officers in this case, but, for now, we'll have to see whether those charges are eventually brought.