Call to Action in the Jonathan Irons Case

In our most recent series of Undisclosed, we covered the case of Jonathan Irons. Irons was 16 years-old when he was arrested for a burglary and shooting at the home of Stanley Stotler in O'Fallon, Missouri in 1997. Irons was eventually convicted of crimes connected to that burglary and sentenced to 50 years incarceration. Back in March, Judge Daniel Green granted him a new trial. Since then, despite this ruling and Irons's prison being a COVID-19 hotspot, the state Attorney General has continued appealing, keeping Irons behind bars. Today, the Supreme Court of Missouri will decide on whether to hear the State's final appeal. If, as we hope, the court rules against the State, St. Charles County Prosecutor Tim Lohmar will have 10 days to decide whether to drop the charges against Irons or take the case to trial again.

[Update: Tim Lohmar has dropped the case against Jonathan Irons]

I am asking you to contact Tim Lohmar (636-949-7355/pa@sccmo.org) today to respectfully ask that he drop the case against Irons. Here is a script that you can use (feel free to modify) for a phone call and/or e-mail:

I am writing/calling to respectfully ask that you drop the case against Jonathan Irons. I believe that Mr. Irons was wrongfully convicted of a crime he did not commit at the age of 16 and do not believe that he should have to suffer the physical, mental, and emotional anguish of remaining incarcerated during the COVID pandemic and facing another trial. I am troubled by several aspects of Jonathan's case. First, the State has admitted to altering and failing to turn over an original fingerprint report that would have shown that a fingerprint lifted from the storm door where the burglar almost certainly exited the victim's home did not belong to either Jonathan Irons or the homeowner. Second, the victim was shown a biased photo array in which Jonathan Irons's face was larger than the other faces, and yet he still could not initially make an identification, which should be taken as evidence of Jonathan Irons's innocence. Third, Jonathan Irons's trial attorney never contacted a witness who told police she saw Jonathan Irons during Bible study at a time that would have made it highly improbable if not impossible that he could have committed the crime. Fourth, it has been uncovered that the detective who claims Jonathan Irons confessed to him kept a blog in which he admitted to all sorts of police misconduct, including fabricating evidence. Fifth, at trial, the State was unfairly allowed to introduce a gun into evidence despite the fact that there was no evidence linking the gun to Jonathan Irons or the crime.

These are not just my opinions. They are the conclusions of Judge Daniel Green, who reached them after hearing testimony from both witnesses for the State and the defense. Jonathan Irons has already spent 23 year behind bars for a crime he did not commit. I respectfully ask that you drop the case against him so that he can be reunited with his family and live his life as an innocent man for the first time since he was sixteen. 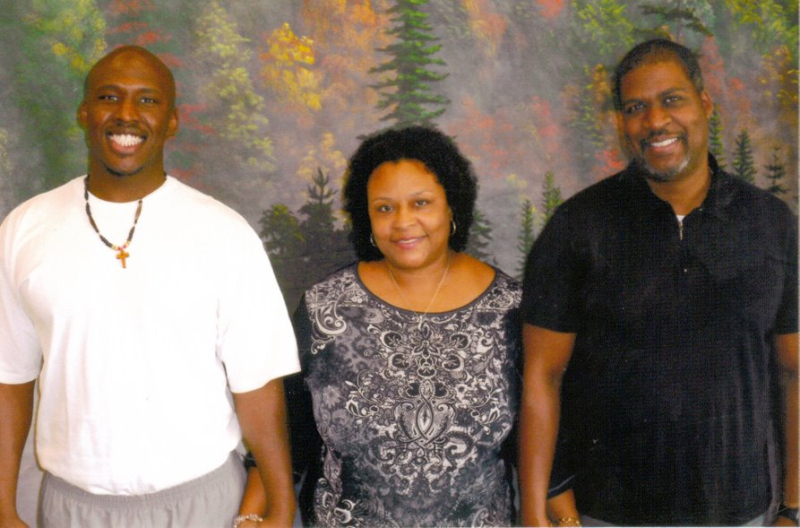 Jonathan Irons with his godparents

For more details regarding the case, you can read below:

Irons was convicted primarily based upon five factors:

1. The State claimed at trial that the burglar had to use the front storm door to exit Stotler's house and introduced a fingerprint report and testimony indicating that the only latent fingerprints lifted from the storm door belonged to Stotler. The detective who booked Irons also testified that Irons asked him during booking whether they recovered his fingerprints from Stotler's house, which the prosecutor used to argue that Irons must have been mocking the detective because Irons had ostensibly worn gloves during the burglary and knew he hadn't left behind any fingerprints.

2. Stanley Stotler identified Jonathan Irons as his shooter at trial.

3. Although lead detective Michael Hanlen could not testify at trial due to an operation on his throat, the prosecution introduced Hanlen's suppression hearing testimony in which Hanlen claimed that Irons orally confessed to entering Stotler's house. There was nothing written to corroborate Hanlen's claim, which Hanlen explained by claiming that Irons refused to sign anything, including a Miranda waiver. Shortly thereafter, however, when another detective sought to interrogate Irons, he readily signed a Miranda waiver indicating that he refused to talk (and he also invoked his Miranda rights when a third officer tried to interrogate him).

4. Various residents of Stanley Stotler's neighborhood -- Osage Meadows -- placed Irons in the neighborhood on the night of the shooting, some of whom said that he had a gun.

5. At trial, the prosecution presented into evidence a gun that an unnamed informant gave to an officer, saying that he was afraid it had been stolen.

Now, however, all five of these factors favors release and dropping of the charges against Jonathan Irons:

2. Weeks after the shooting, Stotler was shown a biased photo array in which Jonathan Irons's face was much larger than the other faces in the photo array. Even with the biased array, Stotler could not pick anyone as his shooter, which should be taken as a non-identification and evidence of innocence. A detective then made the unconventional decision to ask Stotler to make his best guess. Stotler then said that it could have been #3 (Irons) or #6 (someone else). Upon his request, Stotler was then given the photo array and police reports (identifying Irons as the suspect). Only after studying these documents for weeks did Stotler identify Irons. 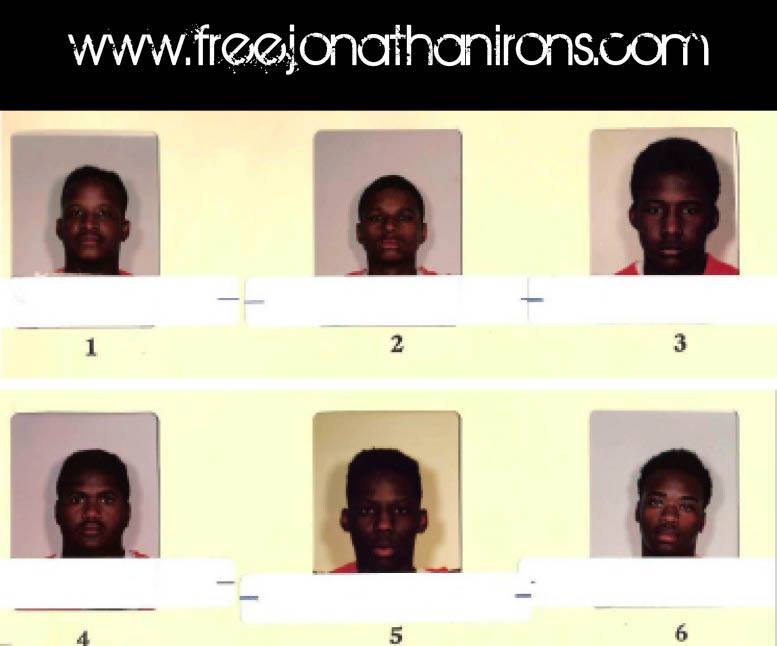 The photo array shown to Stotler, with Irons in position #3

3. Michael Hanlen maintained a blog recounting all sorts of police misconduct that he committed. Here is one example: 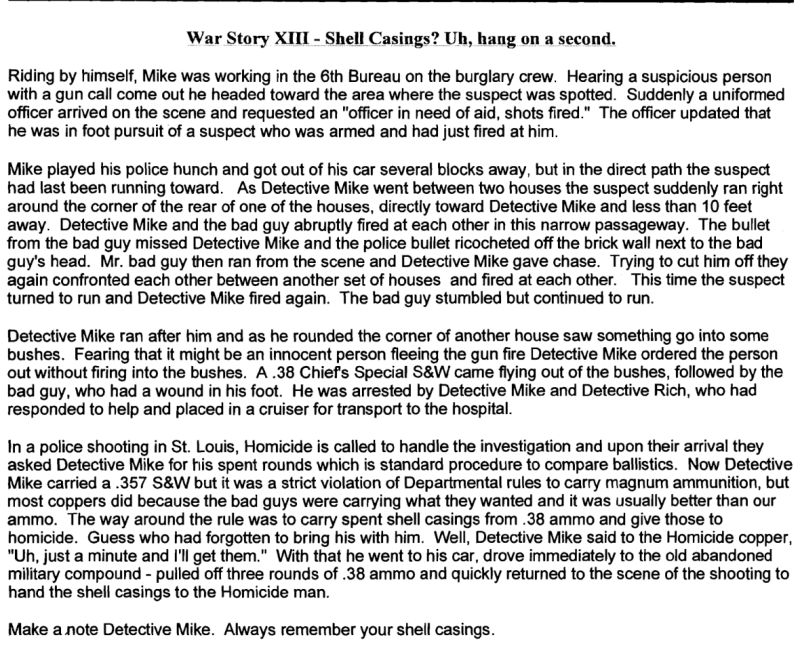 4. On the night of the burglary, police spoke to Amber Boeckman, who said that Jonathan Irons stopped by her home during Bible study between 6:30 and 6:40pm. Boeckman lived 2+ blocks away from Stotler, who made a 911 call after the shooting at 6:42pm. Despite the fact that Boeckman would have provided a terrific alibi, she was never contacted by the defense. 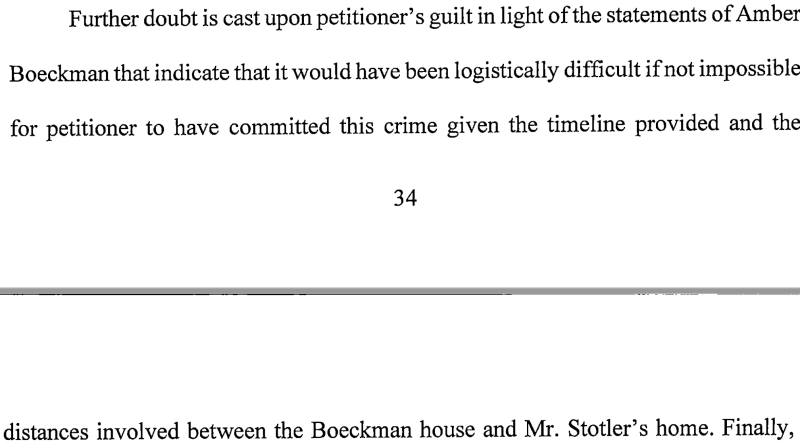 5. There was no evidence connecting the gun to Jonathan Irons or the crime, and its display to the jury would have been highly prejudicial: