Today, the Supreme Court of Georgia issued its opinion in the Joey Watkins case, and...the news is good. In this post, I will break things down. 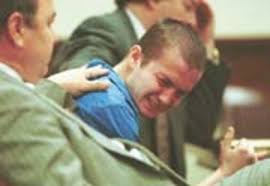 Facts: On January 11, 2000, Wayne Benson saw two vehicles engaged in a cat-and-mouse game a little under a mile north of Floyd College in Rome Georgia. Thereafter, about 1.9 miles further north-ish, one of the vehicles -- a truck driven by Floyd College student Isaac Dawkins -- crashed, followed by a 911 call reporting the crash at 7:19pm. Dawkins later died, and it was determined that his death was caused by a 9mm bullet to the head. Subsequently, someone shot Isaac Dawkins's dog and placed the dog on Dawkins's grave.

At the trial of Joey Watkins for the murder of Isaac Dawkins, prosecutor Tami Colston claimed that a bullet had not been extracted from the dog, and the State was thus allowed to present evidence about the shooting of the dog under the theory that Joey Watkins could have used the same caliber bullet to shoot Isaac Dawkins and his dog. What the State failed to disclose was that a bullet was extracted from the dog (and given to Colston the same day she claimed a bullet was not extracted), and it was a .22 caliber bullet.

These two errors were discovered in 2016. Specifically,

-the Georgia Innocence Project learned about the bullet after finding the chain of custody form for the dog, which had a different case number than the number for the Isaac Dawkins case; and

-Susan Simpson learned about the juror while interviewing her for the podcast.

Legal Proceedings: The Circuit Court denied Joey's second habeas petition, holding that "'[p]etitioner could reasonably have raised his current claims in his original petition through speaking with the juror who allegedly committed misconduct and by obtaining records through the Open Records Act' to discover the allegedly exculpatory evidence."

in the absence of any indication of irregularity, due diligence did not require Watkins to seek out trial jurors in order to uncover any possible misconduct. The contrary view would require convicted defendants, or their counsel, family, or friends on their behalf, to interview in every case each and every juror within four years of a felony conviction becoming final, even with no suggestion of jury misconduct, or risk possible dismissal of a future habeas claim. This would place a heavy burden not only upon counsel, but also upon jurors, who would be questioned about such matters and perhaps harassed, even without any indication that they had engaged in improper conduct.

And, with regard to the bullet claim, the Supreme Court of Georgia held that

Watkins has alleged that the State failed to disclose exculpatory evidence in its files, which this Court has considered a “significant factor.” In addition, only repeated and persistent requests under the Open Records Act over a period of years eventually revealed the missing evidence. Finally, diligence does not require that defendants submit multiple, wide-ranging Open Records Act requests to every State actor or agency that might possess records pertinent to their cases, in order to determine whether the State lived up to its disclosure obligations. Watkins’ petition, with its attached affidavits incorporated by reference and the additional affidavit from the GBI agent, outlining the extraordinary effort required here and the State’s apparent failure to disclose, sufficiently alleges that Watkins, in the exercise of reasonable diligence, could not have acquired the material at an earlier date.

These two findings thus led to the court's ultimate conclusion that

that Watkins has alleged facts showing grounds for relief which could not reasonably have been raised in his original habeas petition and which could not have been discovered 23 by the reasonable exercise of due diligence. This is sufficient to satisfy the requirements of OCGA §§ 9-14-42 (c) (4) and 9-14-51, to withstand a motion to dismiss, and to entitle him at least to an evidentiary hearing on these allegations. We therefore reverse the habeas court’s dismissal of Watkins’ petition and remand this case for further proceedings.

Simply put, the Supreme Court of Georgia held that neither of Joey's claims are procedurally barred and remanded down to the Circuit Court so that it can determine whether they have substantive merit, likely after an evidentiary hearing (at which the holdout juror(s) can testify and other evidence/testimony can be presented).

So, do Joey's claims have substantive merit? The bullet claim is a Constitutional Brady claim, which essentially asks the Circuit Court to find that (1) the trial judge would not have allowed evidence of the shooting of Isaac's dog if it were clear that Isaac and the dog were killed with different caliber bullets; and (2) if evidence of the shooting of the dog had been excluded, there's a reasonable probability Joey wouldn't have been convicted. The defense has a strong claim on both of these elements because (1) there was really no evidence tying Joey to the shooting of Isaac's dog; and (2) the jurors visibly seemed to turn on Joey when evidence about the dog was presented at trial.

In any event, Joey just needs to win on one of these claims to get a new trial.

*We've noted the issues with cell tower pings on Undisclosed, but we noted in our Undisclosed series on the Joey Watkins case why the elevations of the surrounding areas in this case circumscribes the possible location for this ping.

This is awesome news and a great breakdown of the events. Any idea how long it will take before Joey can present his evidence and be heard? Based on Adnan’s case, I’m guessing it will still be at least 18 months best case for Joey to get released if the courts rule in his favor.

Wow! That’s some great news I honestly was not expecting we would hear. I’m so happy for Joey. So sweet when justices fulfill their namesakes and brutally lay the facts down on a state’s disingenuous arguments in PC.

Also, in addition to their being nothing really connecting Joey to the dog, I was under the impression there was very little connecting Isaac to the dog too?

IIRC... The dog was found by a family member who was at the cemetary to visit Isaac’s grave, and he discovered the dead dog at the bottom of a ditch in the sorta general vicinity where Isaac’s grave was (though precisely how close wasn’t ever really explicitly made clear). It was the relative who made the leap that the nearby dead animal was A) put there purposefully as an insult to Isaac’s gravestone and B) that it was Joey who did this, though neither was ever convincingly argued, rather merely happenstance-ly insinuated by the state at trial.

Isaac’s dog did also die, I think, but was part of a completely different story, and it definitely had nothing to do with Joey and I don’t think such a claim was even proffered to be at trial. My memory is telling me it happened while Isaac was still alive, exclusively eliminating his grave being involved, tho I’m admittedly shaky on this last part, so don’t quote me. If it happened before he died tho I’m sure nobody saved the carcass in order to do bullet testing in the event that Isaac later died, thus couldn’t have been part of the current issue at hand in this PCR case.

Joey you were always my close friend. We grew up together. Staying at each other's house. I know this will turn in your favor. Love bro. 💪💪. Stay strong

That's great news I hope everything goes well for ya

I don't think I've seen the numbers laid out before, and was under the impression the juror took a shorter route by getting one of the locations wrong. Assuming they did, they managed to go 6.3 miles in 4 minutes? While cars CAN go 94.5 mph, I'm fairly certain that was above the speed limit. Did the juror actually make the drive in that time (and thus were speeding significantly), or did they drive at the speed limit and take more like 8 minutes and do the math wrong?

Not that it matters for the case, I'm just intellectually curious.

I sure hope and pray that justice for Joey comes sooner than later! Also hopefully the right person will get the justice they deserve! It’s so sad to know that someone can be wrongly convicted and it be trumped up for this long!!! Keep the faith Joey your day is coming!!!

Has it been concluded that Grave Dog was actually Isaac's Dog?

At what point does prosecutorial misconduct become a criminal offense? Can we please get a new episode about this update?

would love to hear updates on the undisclosed podcast, it's been 3 years!

Prosecutors on Georgia are not held liable for there misconduct. Now is the time for the High Court of Georgia to start holding prosecutor liable for prosecutorial misconduct.

No one won anything here . Every single one of us lost . We all lost a part of our hearts .