My Second Post on the Amendment to Federal Rule of Evidence 807, the Residual Hearsay Exception

As noted in a prior post, there is a proposed amendment to Federal Rule of Evidence 807 that would take effect in December 2019. Here's the beginning of the amended Rule: 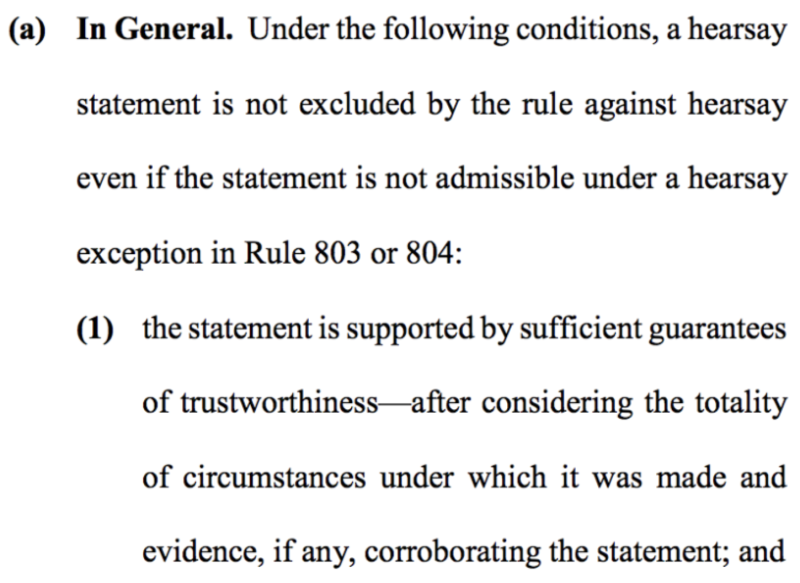 As you can see, the amended Rule specifically tells judges to consider evidence corroborating a hearsay statement offered under the residual exception. So, what does this mean?

According to the Advisory Committee,

So, let's use a hypothetical to demonstrate the significance of this change:

Defendant is on trial for murder. Defendant seeks to call Nurse to testify that. a week after the stabbing and a week before his death, Victim said that Alternate Suspect stabbed him. The court determines that Victim's statement does not qualify as a dying declaration because he did not believe his death to be imminent when he made it. There is evidence that (1) Victim was fatally stabbed with a 15 inch knife; (2) Alternate Suspect owns a 15 inch Bowie knife; (3) Witness saw Alternate Suspect on Victim's street on the night of the murder; and (4) Victim and Alternate Suspect hated each other.