Yesterday, the United States Supreme Court "ordered a lower court to review the case of a northern Virginia drug dealer who says his guilty plea in a 2001 murder was coerced by vindictive prosecutors." That man is Justin Wolfe, and his name might be familiar if you listened to the first season of the Serial Podcast. Here's the transcript of Sarah Koenig talking about the Wolfe case in Episode 7 of Season 1:

So, I looked up this case of Justin Wolfe, just to see, and on paper, I have to say it’s sort of uncanny how many similarities there are with Adnan’s case. All young people, first of all. Justin Wolfe was a suburban kid, eighteen, football player. People thought of him as a good kid though he was selling pot and hanging around some tougher types. This next part is different obviously. He was convicted in the 2001 murder of a drug dealer who was shot nine times. Justin Wolfe was not the shooter. The shooter was the slightly older friend of Wolfe’s named Owen Barber who got a deal in exchange for testifying against Justin Wolfe. Owen Barber told the cops Justin Wolfe had hired him to kill the drug dealer. Wolfe was sentenced to death in Virginia. Wolfe’s trial attorney later gave up his law license, after the bar had initiated disciplinary charges against him for, and this is the technical term, being a crappy lawyer. Oh and there was a witness who was never heard from. Other than that, totally different cases.

Anyhow, eventually Owen Barber recanted. He said Justin Wolfe had nothing to do with the murder, he’d only implicated Wolfe to avoid a death sentence for himself.

Eventually, Wolfe's conviction was thrown out for three reasons: (1) a Brady violation; (2) the prosecutor knowingly suborning perjury; and (3) the improper striking of a prospective juror (who expressed reservations about the death penalty but ultimately said he could impose it). So, what happened next? 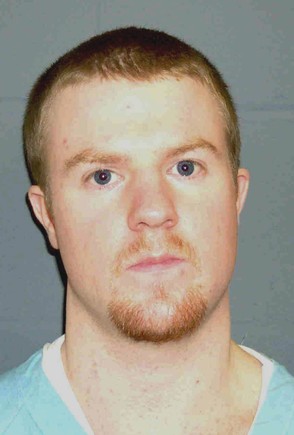 For the full history, you can check out my prior blog post on the Wolfe case. The streamlined version is that the prosecutor again charged Justin Wolfe with capital murder. But that's not all. When Wolfe was initially charged back in 2001,

a grand jury indicted [him] on three charges - (1) conspiracy to distribute marijuana, (2) use or display of a firearm in the commission of a felony, and (3) capital murder for hire - on the Commonwealth's theory that Wolfe had hired his friend and fellow marijuana-dealer, Owen Barber, to kill a supplier named Daniel Petrole. Wolfe v. Commonwealth, 2018 WL 4035534 (2018).

After Wolfe successfully appealed his conviction,

in addition to the three original 2001 indictments, the prosecutor charged Wolfe with:

-One new and additional charge for use of a firearm in the commission of or attempt to commit a robbery; and

-One new and additional charge for use of a firearm in the commission of a murder. Id.

Rather than go to trial again,

Wolfe pleaded guilty to a charge of first-degree felony murder, use of a firearm, and a drug charge, part of an agreement with prosecutors that will allow a judge to sentence him to a range of 29 to 41 years in prison. He will get credit for the 15 years he already has served.

As part of that deal, Wolfe executed a four-page handwritten statement admitting to his role in Petrole's murder; that statement concluded with him saying to Petrole's parents, "I am sorry for what I did to your son."

Subsequently, however, Wolfe claimed that his guilty plea was unconstitutional and coerced by what he called "vindictive prosecution." Facially, he seemed to have a pretty good case.

Courts have interpreted the Supreme Court's opinion in Blackledge v. Perry as allowing a defendant to create a rebuttable presumption of prosecutorial vindictiveness in certain circumstances. Specifically, courts have found that a defendant raises this rebuttable presumption by presenting evidence that the government increased the number or severity of the charges against him after he exercised a statutory, procedural, or constitutional right. See, e.g., Clausell v. Sherrer, 2006 WL 2846283 (D.N.J. 2006). The classic case of prosecutorial vindictiveness is a prosecutor increasing the number or severity of charges against a defendant after he has successfully appealed.

So, (1) why did Wolfe initially lose on bis claim of vindictive prosecution; and (2) why did the U.S. Supreme Court send his case back down yesterday?

the Virginia Court of Appeals concluded that, because Wolfe's guilty plea was not conditional, he had waived his ability to raise his vindictive prosecution claim on appeal....The Supreme Court of Virginia summarily refused Wolfe's petition for appeal...and denied his petition for rehearing. Wolfe v. Commonwealth, 2018 WL 4035534 (2018).

With regard to (2), the U.S. Supreme Court subsequently issued its opinion in Class v. United States. In Class, the Supreme Court

So, by sending Wolfe's case back down, the U.S. Supreme Court is saying that Wolfe's vindictive prosecution claim is justiciable, and, for the reasons I noted above, I think he has a pretty good chance of winning that claim.

How does this standard not apply to the vindictive practice of bringing down the proverbial hammer on any defendant who chooses to exercise the right to having a jury trial? The so called trial penalty seems like textbook definition of prosecutorial vindictiveness if you ask me...

Paul: In Bordenkircher v. Hayes, the Supreme Court held that:

While confronting a defendant with the risk of more severe punishment clearly may have a "discouraging effect on the defendant's assertion of his trial rights, the imposition of these difficult choices [is] an inevitable" - and permissible - "attribute of any legitimate system which tolerates and encourages the negotiation of pleas." Chaffin v. Stynchcombe, supra, at 31. It follows that, by tolerating and encouraging the negotiation of pleas, this Court has necessarily accepted as constitutionally legitimate the simple reality that the prosecutor's interest at the bargaining table is to persuade the defendant to forgo his right to plead not guilty.

I understand that, but it seems to me that some sensible guard rails could be easily applied to the system so that it's not a matter of "well I have nothing else to lose" on one hand versus "despite being innocent I can't take the risk of not pleading guilty".

Right note the pendulum between the two options is extreme, and as a result you get innocent people pleading guilty as a simple fact of life, all in order to prevent guilty people from clogging the Justice system to take a free gamble at freedom. The obvious answer is to put a limit on how severe the trial penalty can be. This would make frivolous use of jury Trials remain a poor choice, without leading to the outrageous absurdist play premise of innocent people pleading guilty being 100% the most rational choice for some defendants to make.

Is it on the state, then, to show that it's additional charges were not vindictive prosecution?

Paul: There's a good argument that the Court should reconsider Bordenkircher after its opinions in Lafler v. Cooper and Missouri v. Frye, which recognized that our criminal justice system is a system of pleas.

Can the prosecution simply say; well when we looked at the case again we saw multiple crimes which we think SHOULD have been charged. What would the burden of proof look like here?

Wow! 18 years later and he still has the American public fooled eh? I still remember when the original story called "ole boys club" ran on NBC dateline here in Canada about this spoiled brat who wanted to play drug dealer amongst his rich privileged friends in Fairfax! He was a drug dealer who was owed a debt and he made arrangements to erase that debt. What other explanation could there have been as to why there were dozens of calls between Barber and Wolfe on the night of the murder? They have never explained that. All of this prosecutorial misconduct may well be true but the underlying fact is he got what he didn't sign up for - he got caught and is looking for any appeal mechanism to get him out. Though you have to hand it to him for evading the death penalty and possibly getting out in 2044/45. Mind you his poor mother will probably be dead by then and he'll be 65 re-starting his life....I feel sorry for the Petrole's having to deal with this over the last 18 years.

Worst and most ignorant comment I have ever seen backed by nothing logical or legal. What in the actual bleep do you know? Clearly nothing. You really should keep those type of comments to yourself. I do not care if you have an opinion or even which side it may be on but at least come forth with some legal backing or personal witness to the event otherwise you sound downright stupid and judgemental on something you clearly know nothing about. Please.

Justin did NOT commit capital murder, nor did he pay another person to murder Daniel. I’m not in denial and I’m certainly not stupid. The handwritten confession was coerced and Daniel’s parents needed no explanation of what happened to their son because they are fully aware of the true circumstances that lurk behind this case. I will continue to pray for Justin and maintain the hope that the real story behind this tragedy will eventually come out, no matter how long it takes. Not only is it an injustice for Mr. Wolfe, but for the entire world. Be smart and read in between the lines. This case exposes an international network of sinister corruption that has been going on for way to long.

I love how Mangz admits without hesitation that the sum total of his epistemological route to “knowing better” than everyone else was watching the original Dateline special on the case. And he thinks that makes him an expert.

I’m going to take a wild stab out of left field and guess you are... white, straight, and male?

And before you cry reverse race/sexism let me just say that given the fact that it takes one to know one, friend.