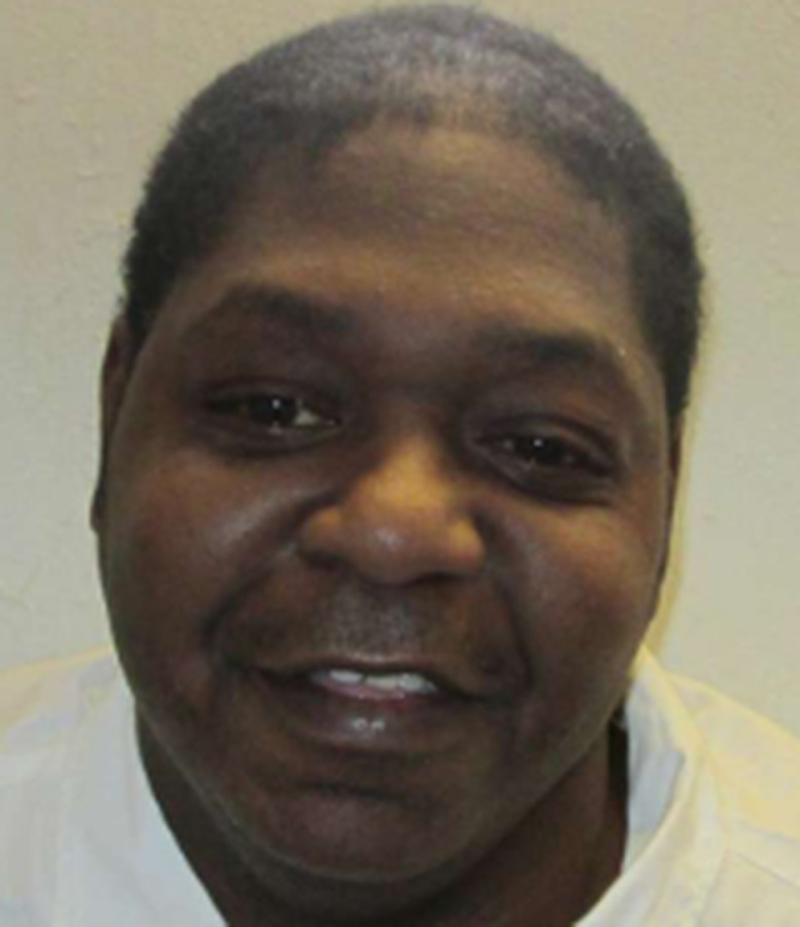 Why? The Court of Special Appeals of Maryland ruled 2-1 in Adnan's favor. The dissenting judge was Judge Graeff, who primarily relied on an Alabama case in denying Adnan relief. That case was a case decided by the Court of Criminal Appeals of Alabama: Broadnax v. State, 130 So.3d 1232, 1236 (Ala. Crim. App. 2013). Judge Graeff acknowledged that "Broadnax did not involve a failure to investigate an alibi witness identified by the defendant prior to trial," but held that it was an indication that Alabama courts would find that defense counsel didn't have to interview an alibi witness identified by a defendant. Judge Graeff relied on a case from Alabama because there were no cases from Maryland that helped the State; understandably, the State subsequently placed primary importance on Broadnax v. State in its briefs and oral arguments to the Court of Appeals of Maryland.

Since those oral arguments, I have been convinced that the Court of Appeals of Maryland would rule in Adnan's favor. My one hesitation was the Court of Appeals adopting Judge Graeff's application of Broadnax v. State in her dissent. I no longer have that hesitation. And that's because Alabama's highest court -- the Supreme Court of Alabama-- has now actually addressed a case with similar facts to the Adnan Syed case and found that failure to contact an alibi witness was ineffective assistance of counsel.

In today's opinion, however, the Supreme Court of Alabama found that the failure to contact Anton as an alibi witness was ineffective assistance of counsel. Importantly, the court reached this conclusion by applying the test from Broadnax v. State: 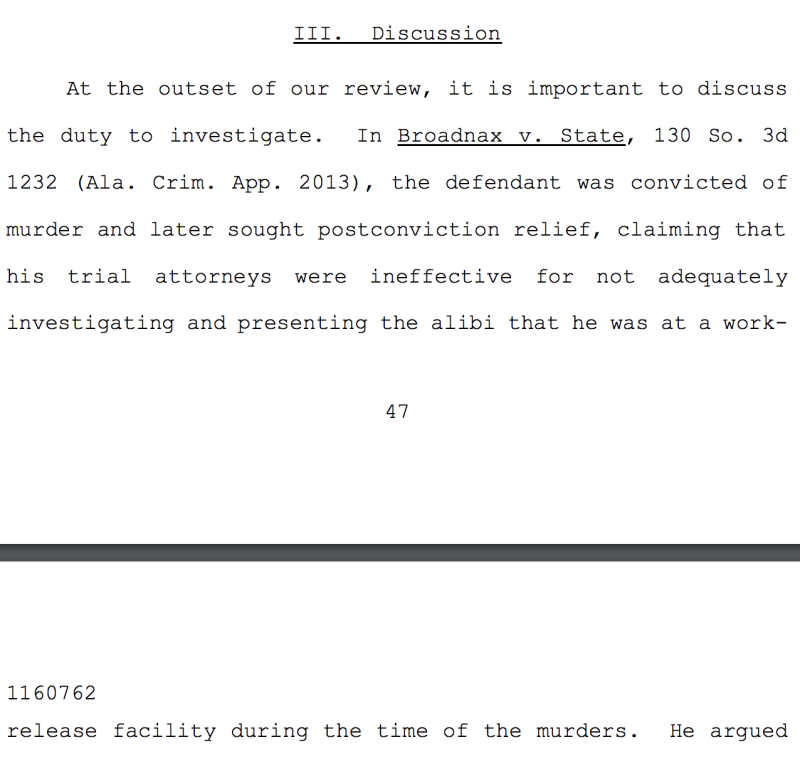 Applying this standard, the court held that

In other words, the failure to contact Anton was deficient performance.

This then took the court to prejudice. This analysis was simpler.

In other words, the failure to contact an alibi witness is almost per se prejudicial.

So, why is this so big for Adnan? Judge Graeff and the State essentially argued the following: (1) There's no Maryland case law that hurts Adnan; (2) but there is this Broadnax case from Alabama; (3) and while it doesn't deal with the failure to contact an alibi witness; (4) it might mean that Alabama courts would rule against a defendant claiming ineffective assistance based on failure to contact an alibi witness if that witness contradicts the defendant or defense counsel doesn't explain why they failed to contact the alibi witness.

But now, with Gissendanner, the Supreme Court of Alabama was presented with exactly this case and exactly these arguments...and it found that this was clearly a case of ineffective assistance of counsel. This means that there is no way the Court of Appeals of Maryland will use Broadnax v. State to rule against Adnan, and, again, Broadnax is at the heart of Judge Graeff's dissent and the State's argument. Simply put, this case is huge for Adnan Syed.

Is there a system (online notices or via motions to the court) to ensure that clerks and judges are made aware of all changes in cited and relevant case law that occurs in the lag between briefs/arguments and their decision? Or do you simply rely on the diligence of the judge's clerks to regularly check?

Does someone like Justin need to actually submit this change/update to the court or would the justices/clerks know this to be in play now? How does this work since there has already been oral arguments?

Why does it matter at all how Alabama rules? Since it’s a Maryland court, I would assume that Maryland and federal cases would be the ones that count - not opinions from other states. Does every state ruling apply across the country? Thanks!

Emma: In her dissent, Judge Graeff used the Broadnax case out of Alabama as her primary support for denying Adnan relief, and the State subsequently put primary reliance on Broadnax in its briefs and arguments to the Court of Appeals. The key point is that there is no Maryland case law that helps the State, so the State had been hoping that the Court of Appeals would rely on the out-of-state Broadnax case. It was a long shot, but it was the only real shot the State had. Now, however, the Supreme Court of Alabama has found ineffective assistance based on failure to contact an alibi witness case that is very similar to Adnan’s case. Now, if the Court of Appeals is going to use an Alabama case, it will be this case and not Broadnax.

You wrote that Maryland courts have accepted motions for leave to file supplemental authorities.

If Adnan's lawyers file for such a motion, does that mean the State will also have an opportunity to file other cases as authorities? Perhaps they'll discover other rulings favorable to their arguments, even new ones.

Danny: Yes, in the event that a court issued a new opinion that is favorable to the State, they would have the same opportunity.

maybe the state will find a golden egg-laying precog, like from minority report, and it will provide the elusive unimpeachable support for their case too Danny ;)

I just wondered if there was a risk of giving the State another opportunity to supplement its arguments. Apparently there is, except I guess if Adnan's lawyers let COA find and use the latest ruling on its own.