Cyntoia Brown Will be Released in August. Now's it's Time for Tennessee to Get Rid of its 51-to-Life Law

Brown was convicted in 2006 for the killing of Johnny Allen, a 43-year-old man who had picked her up at a drive-through restaurant and taken her home. Brown was 16 at the time of the murder and contends she feared for her life. Advocates for Brown have argued that, as a teen who was being sex trafficked, she should not have been tried as an adult and given a life sentence. 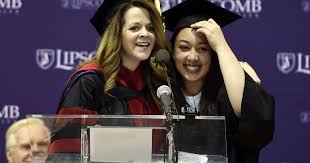 We covered Cyntoia's case on a special episode of the Undisclosed Podcast, and her case led me to do a fifty state survey on this blog analyzing juvenile sentencing. My conclusion from that survey was that Tennessee has the harshest juvenile sentencing laws in the country, requiring juveniles with life sentences to serve 51 years before being eligible for parole.

The second thing was to try to work with Tennessee legislators on abolishing Tennessee's 51-to-Life law and replacing it with a law that makes juvenile lifers eligible for parole after serving 15 or 20 years. This is, in effect, what Governor Haslam did in Cyntoia's case:

He declared her eligible for parole after serving 15 years and found that she qualified for parole based on what she had done since becoming an inmate:

But Cyntoia is not alone. There are dozens of other juvenile lifers in Tennessee who are not currently eligible for parole until they have served 51 years. Given that the life expectancy for juvenile lifers is 50.6 years, these juvenile lifers are unlikely to ever live a life outside of prison.

So, what happened with the effort to amend Tennessee's harsh 51-to-Life law? My understanding is that there was broad support behind changing this law but debate over whether juveniles should be eligible for parole after serving 15, 20, 25, or 30 years. Simply put, 2019 is the year to resolve those disputes. Cyntoia Brown's case is Exhibit #1 as to why juvenile lifers should be eligible for parole after serving 15-20 years. Tennessee legislators can and should get this done.

Why does she have to wait until August to be released?

Hi Colin. I think you should take a bow here for your part in helping Cyntoia obtain clemency from the outgoing Governor. Many of us would never have known about her plight, nor would we have known what we could do to help. You brought her story to us, explained the unfairness of her sentence as compared with minors in other states, and encouraged us to reach out to the Governor to ask him to show Cyntoia mercy. I’ve learned so much from you, both from your blog and from Undisclosed. Thanks for being such a great teacher and sharing your knowledge with all of us.

Its in humane to make anyone serve 51 years .I have a friend who was sentanced when he was 22 hes now 49 and if he has to serve his full sentance he will be 73 what a waste of the american tax payers money surely were no the same people at 49 as we are at 22 rehabilitation and forgiveness should prevail