Skakel is a nephew of Ethel Skakel Kennedy, the widow of Senator Robert F. Kennedy. In 2002, he was convicted of the October 30, 1975 murder of Martha Moxley, who was last seen spending time at the home of the Skakel family, across the street from her home in Belle Haven. Both Skakel and Moxley were 15 years old at the time. Skakel's cousin, Georgeann Dowdle, testified before the grand jury in the case "that she was at home with her young daughter and her 'beau' on the night of the murder and heard her brother and Skakel cousins talking, but, given the passage of so much time, she could not recall whether she actually saw them."

Defense counsel did not, however, contact Dowdle's "beau," and Skakel was eventually convicted of murder. Back in May, the Supreme Court of Connecticut found that this failure to contact Dowdle's "beau" was ineffective assistance of counsel. With the United States Supreme Court denying certiorari, the Supreme Court of Connecticut's opinion in Skakel becomes final and will not be disturbed. So, what's the combined effect of the Skakel opinion and the recent opinion of the Supreme Court of Alabama in the Gissendanner case? It means that it just became a lot easier for defendants like Adnan to establish ineffective assistance of counsel based on failure to contact an alibi witness. 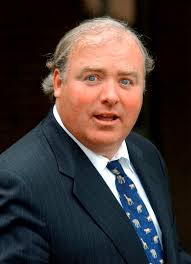 I think the primary windfall to defendants from both of these cases is under the prejudice prong of the ineffective assistance of counsel test. As I've noted, pursuant to Strickland v. Washington, a defendant seeking to prove a claim of ineffective assistance of counsel must establish both (1) deficient performance by trial counsel; and (2) prejudice, i.e., that there would have been the reasonable probability of a different outcome (hung jury or acquittal) if trial counsel had performed reasonably. As I've also noted, there is clear precedent from across the country that failure to contact an alibi witness is always, or at least almost always, deficient performance.

Prejudice is a different matter. That's not to say that there is case law in which courts have found that defendants have failed to prove prejudice in the alibi context. It's just to say that courts typically follow a two step process to assess prejudice in "failure to contact" cases: (1) they note that the prejudice inquiry is a fact sensitive inquiry that looks at the circumstances of each case; and (2) they then find prejudice under the facts of the case at hand. Up until this point, then, defendants like Adnan have been able to point to these cases while acknowledging that the facts of each case are different.

The Gissendanner and Skakel cases, however, seem different. They seem to be saying that, as with deficient performance, the failure to contact an alibi witness will always, or almost always, be prejudicial. Here's the key quote from Gissendanner:

[T]here is nothing as dangerous as a poorly investigated alibi. An attorney who is not thoroughly prepared does a disservice to his client and runs the risk of having his client convicted even [when] the prosecution's case is weak.

Meanwhile, here's the key string citation from the Skakel case:

So, the Supreme Court of Alabama is saying it's hard to imagine anything more prejudicial than the poor investigation of an alibi witness, and the Supreme Court of Connecticut is saying that it has looked at precedent from across the country and hasn't found a single case where failure to contact an alibi witness has been found to be non-prejudicial. These are exactly the types of strong holdings that you'd expect to see defendants citing...and prosecutors trying to diminish.

And, indeed, prosecutor Thiru Vignarajah tried to dismiss the Skakel opinion during oral arguments in the Adnan Syed case, arguing that he had found cases in which courts found no deficient performance in the "failure to contact" context, meaning that the Supreme Court of Connecticut's research must have been lacking. What Vignarajah missed was that the Supreme Court of Connecticut was talking about the prejudice prong, nullifying his point.

Furthermore, the case he cited was the Broadnax case from the Court of Criminal Appeals of Alabama, and...to the extent that case ever helped the State, it has now been nullified by the Supreme Court of Alabama's opinion in Gissendanner.

When things go right, they go very right. It's nice to see that in our current shred of a country, the system is starting to show just how strong it really is.

Hear hear, both Kevin and Colin.