Adam Gershowitz (William & Mary) has posted "The Challenge of Convincing Ethical Prosecutors That Their Profession Has a Brady Problem" (Ohio State Journal of Criminal Law) on SSRN. 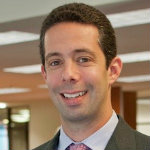 In recent decades, both the media and legal scholars have documented the widespread problem of prosecutors failing to disclose favorable evidence to the defense – so called Brady violations. Despite all of this documentation however, many ethical prosecutors reject the notion that the criminal justice system has a Brady problem. These prosecutors – ethical lawyers who themselves have not been accused of misconduct – believe that the scope of the Brady problem is exaggerated. Why do ethical prosecutors downplay the evidence that some of their colleagues have committed serious errors?

This essay, in honor of Professor Bennett Gershman, points to what psychologists have termed social identity theory and ingroup bias. Under these concepts, people derive part of their identity and self-esteem from membership in social groups. When someone from the group is accused of misconduct, members of the ingroup are psychologically less able to recognize or accept that a group member has committed the misconduct. Social scientists have documented this phenomenon in children, sports fans, Democrats, Republicans, racial groups, and warring religious factions.

Ethical prosecutors are also likely susceptible to ingroup bias and therefore probably find it more difficult than the average person to acknowledge that individuals from their group have engaged in Brady violations. This is particularly true given the nature of the Brady doctrine, which is an amorphous test that requires judgment calls in close cases. Ingroup bias does not mean that prosecutors as a group are unethical, but simply that they are susceptible to the same types of psychological errors as members of other groups. This paper applies social identity theory and the concept of ingroup bias to prosecutors and offers some modest suggestions for helping ethical prosecutors to recognize and respond to the Brady problem.