My Fifth Post on the Oral Arguments in the Adnan Syed Case: The Cell Tower Claim

This is my fifth post on last Thursday's oral arguments in the Adnan Syed case. This one covers the cell tower claim, i.e., the claim that Adnan Syed received the ineffective assistance of counsel because his trial counsel did not cross-examine the State's cell tower expert with the AT&T disclaimer.

In his opinion granting Adnan a new trial, Judge Martin Welch concluded that (1) Adnan had not waived this cell tower claim; and (2) Adnan had received the ineffective assistance of counsel based on his trial counsel's failure to use this disclaimer. In resolving the waiver issue in Adnan's favor, Judge Welch concluded that (1) the Court of Appeals's opinion in Curtis v. State held that the right to the effective assistance of counsel is a fundamental (as opposed to a non-fundamental) right; (2) fundamental rights require "knowing and intelligent" waiver by defendants; and (3) Adnan had not knowingly and intelligently waiver his cell tower claim. 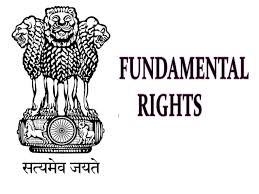 In reversing Judge Welch's opinion granting Adnan a new trial on his cell tower claim, the Court of Special Appeals did not address the substantive merits of the claim. In other words, the Court of Special Appeals did not address Judge Welch's finding that cross-examining the State's cell tower expert at trial would have created the reasonable probability of a different outcome at Adnan's trial (acquittal or hung jury). That court did, however, reverse Judge Welch's finding that Adnan had not waived this issue.

In its briefs to the Court of Appeals of Maryland, the State defended this conclusion that Adnan had waived his cell tower claim but didn't (really) defend the reasoning. Instead, the State focused on the State of Maryland placing limitations on postconviction relief after Curtis v. State.

Her point was simple: There may have been waiver of the cell tower claim, but it couldn't be because it was based upon a non-fundamental right. As support, Stetson again cited Curtis v. State and also cited the Supreme Court's opinion in Kimmelman v. Morrison ("The right of an accused to counsel is beyond question a fundamental right."). This seems like an effective argument because Stetson didn't have to spend a lot of time on it but did introduce the idea that the Court of Appeals can't simply rubber stamp the Court of Special Appeals's opinion. 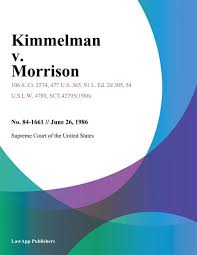 So, will the Court of Appeals take the bait? Well...they didn't ask any questions in response to her argument. Indeed, at the end of her argument, as she was about to reserve the remainder of her time, Stetson asked whether the judges had any questions. They didn't. As always, it's tough to read the tea leaves of oral argument, this would seem to be a pretty good indication that the judges weren't into this argument. This also probably explains why Vignarajah didn't address this argument with the remainder of his time. It seemed like a non-starter.

Could it be a bad thing? Sure, because if Adnan does lose on his alibi claim, he needs to win on the cell tower claim (or at least get a remand) or else his claim is dead...temporarily. As I've noted, if the Court of Appeals denies Adnan relief on the alibi claim and finds that the cell tower claim was waived...we still have Judge Welch's conclusion that trial counsel committed a clear constitutional error -- failure to use the AT&T disclaimer -- that could have changed the outcome at trial. In other words, he still have the makings of an ineffective assistance of counsel claim, with the procedural bar of waiver.

And what that means is that, if the Court of Appeals denied relief, he could immediately turn around and move to reopen his postconviction proceeding based on a claim of ineffective assistance of postconviction counsel. And then we'd be talking about another few years of court and State resources dealing with this case. I can't imagine the Court of Appeals thinking that's the best result.

I'm not sure what to make of this line of reasoning. I think Syed deserves a new trial, and perhaps justice is best served here through whatever mechanism the judiciary employs to get him one. I continue to view Judge Welch's ruling regarding waiver as the most factually accurate perspective and the most logical reason to grant a new trial. I'm disappointed to see the courts give it so little thought at this point.

Jonathan: For me, it's a matter of semantics. Either it wasn't waived or it's ineffective assistance of postconviction counsel. The problem for Adnan is that the latter finding takes a couple of years, but the result is the same.

This was my impression as well. It would strike me as exceedingly odd for COA to reverse COSA on the alibi claim (therefore placing the cross-claim for waiver front and center), and then not ask a *single* question at oral argument about what would now be the dispositive issue. I’m sure weirder things have happened, but under those circumstances, I’d rather be Syed than the State.

Justin: Agreed, especially because the cell tower claim was the basis for Judge Welch's opinion granting a new trial. If Adnan had never won on that issue, it might be a different story.

Is it possible that they just know which way they will go on the waiver issue, thus no questions?

Colin, given that there appears to be nothing new that came up in the oral, and that there was nothing particularly novel in the case with respect to the precedence you have found...any new insight on why the grant of cert here given what has transpired?

John: There's no Maryland case of IAC/failure to contact an alibi witness (Parris W. dealt with telling alibi witnesses to show up on the wrong day), and there was a dissenting opinion at the Court of Special Appeals. That could explain why the Court of Appeals granted cert,