Pennsylvania Rule of Evidence 609(a) provides that

For the purpose of attacking the credibility of any witness, evidence that the witness has been convicted of a crime, whether by verdict or by plea of guilty or nolo contendere, must be admitted if it involved dishonesty or false statement.

Like some other states, Pennsylvania only allows for impeachment of a witness through "the name, time, and place of the crime and the punishment received." In other words, imagine that a witness for the prosecution had a conviction for embezzlement. On cross-examination, defense counsel could ask the witness, "Isn't it true that you were convicted of embezzlement from your job at Staples in Philadelphia in 2013 and were given a two year sentence?" Defense counsel, however, could not ask the witness about the details of the embezzlement, i.e., how/why the witness embezzled the money.

But what if the party that called the witness, in this case the prosecution, wanted to delve into the details of the conviction on re-direct examination in an attempt to downplay the severity of the crime? This was the question of first impression addressed by the Superior Court of Pennsylvania in its recent opinion in Commonwealth v. Creary, 2018 WL 6694915 (Pa.Super. 2018).

It is clear that a prospective juror who is a sibling of the prosecutor in a case can be stricken for cause. But what if the prospective juror is the sibling of a prosecutor who signed some of the early pleadings in the case and appeared for the State during a few preliminary hearings? This was the question of first impression addressed by the Missouri Court of Appeals, Western District in its recent opinion in State v. Brandolese, 2018 WL 6738896 (Mo.App. 2018). 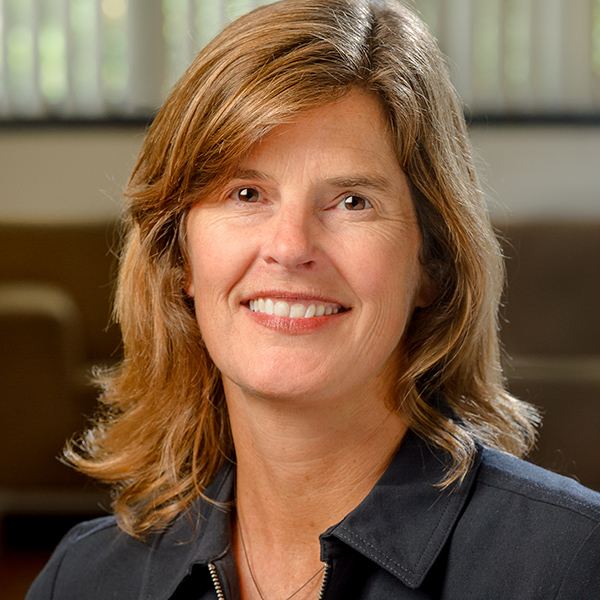 A statement describing or explaining an event or condition, made while or immediately after the declarant perceived it.

In its recent opinion in United States v. Willis, 2018 WL 6716096 (D.D.C. 2018), the United States District Court, District of Columbia grappled with two key questions under this "present sense impression" exception: (1) what do we do with statements by anonymous declarants; and (2) how much time can pass between an event and a statement under the exception?

Governor Jerry Brown Orders Additional DNA Testing in the Case of Kevin Cooper, Who Was Once 8 Hours Away From Execution

On Monday, California Governor Jerry Brown "issued 143 pardons and 131 commutations as part of his traditional Christmas Eve act of clemency." That's a pretty decent haul. By way of contrast, New York Governor Andrew Cuomo has not yet commuted a single sentence in 2018. In addition, Governor Brown

ordered new tests of physical evidence in the case of Kevin Cooper, whose high-profile quadruple-murder conviction three decades ago has come into question in recent years.

Brown said in a statement that he was directing “limited retesting of certain physical evidence in the case and appointing a retired judge as a special master to oversee this testing, its scope and protocols.”

To understand the significance of the Kevin Cooper case, let's look back at my prior posts on his case and see what's happened since I posted them. 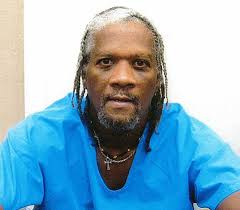 Assume that the prosecution in a criminal case accesses the criminal histories of prospective jurors by using government databases that are not available to defendants? In such a case, does the prosecution have an obligation to disclose these criminal histories to the defense? This was the question of first impression addressed by the Supreme Court of Nevada in its recent opinion in State v. Second Judicial District Court of the State of Nevada in and for County of Washoe, 2018 WL 6423961 (Nev. 2018). 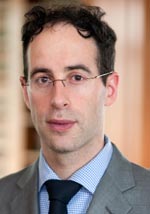 Character evidence doctrine is infected by error. It is riddled with a set of pervasive mistakes and misconceptions—a group of gaffes and glitches involving Rule 404(b)’s “other purposes” (like intent, absence of accident, and plan) that might be called “character flaws.” This Essay identifies and investigates those flaws through the lens of a single, sensational case: United States v. Henthorn. By itself, Henthorn is a tale worth telling—an astonishing story of danger and deceit, malice and murder. But Henthorn is more than just a stunning story. It is also an example and an opportunity, a chance to consider character flaws in evidence law more broadly and an occasion to remedy them too. This Essay makes use of that occasion. It critically examines Henthorn: the arguments offered, the tactics deployed, the opinions written, the evidence used. And it frames Henthorn as a window into contemporary character flaws more broadly, hoping to prompt an overdue conversation, both in the courtroom and in the classroom, about the flaws that now infect character evidence.

A statement made by a declarant while believing that his death was imminent, concerning the cause or circumstances of what he believed to be his impending death.

Should this exception apply when (1) a victim is shot; (2) the victim goes into a coma; (3) the victim comes out of his coma and tells his wife who shot him; and (4) the victim subsequently suffers a massive brain hemorrhage and is no longer able to communicate? This was the question addressed by the Court of Appeal of Louisiana in its recent opinion in State v. Carter, 2018 WL 4923574 (La.App. 2018). 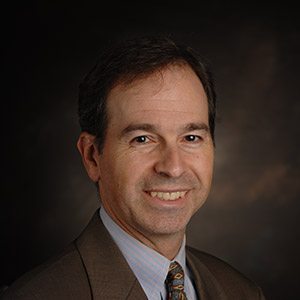 In recent years, it has become increasingly obvious that certain types of evidence commonly used in serious criminal cases, including microscopic hair comparison, bitemark comparison, and jailhouse informants, are deeply unreliable. For those close to the system, this is not likely all that surprising. Few with even a passing understanding of forensic practice would be have been shocked to learn that bite-mark evidence, for instance, is untrustworthy. The thesis of this paper is that use of formally admissible but facially unreliable evidence is an indicator that something might be amiss in the case. This study explores the hypothesis that use of certain types of unreliable evidence – such as jailhouse informants – acts as evidentiary “canaries in the coalmine,” indicating overly aggressive and potentially improper police and prosecutorial conduct.

To test this hypothesis, the study uses data drawn from the National Registry of Exonerations database and from published cases available in online databases to examine correlations between various factors associated with wrongful convictions and indications of official misconduct. The results demonstrated a strong inverse correlation between the reliability of evidence used to obtain a conviction and the likelihood of official misconduct. Misconduct claims were far more likely to occur where prosecutors relied at trial on evidence that they knew or had reason to suspect was unreliable. In contrast, in cases where the inculpatory evidence had a relatively high degree of apparent reliability, misconduct claims or findings occurred with correspondingly less frequency. Specifically, the study identifies three types of suspect evidence: jailhouse informants, microscopic hair comparison, and bitemark comparison as strong potential indicators of official misconduct.

The results of this study should provide researchers searching for clues regarding the causes of wrongful convictions, and innocence lawyers seeking to identify plausible wrongful conviction cases, with an important new tool to help allocate scarce investigatory resources.

Assume that (1) the only evidence linking a defendant to an attempted murder consists of eyewitness identifications by the victim and his girlfriend; (2) neither eyewitness states that the attempted murder had tattoos; (3) the defendant has tattoos across the width of both hands; and (4) the defendant "pleads the Fifth" and chooses not to testify at trial. Should the defendant be allowed to show his hand tattoos to the jurors? That was the question of first impression addressed by the Appellate Court of Illinois in its recent opinion in People v. Gonzalez, 2018 WL 4699054 (Ill.App.1st Dist. 2018).

Federal Rule of Evidence 609(a)(2) provides that, when a court is deciding the admissibility of a prior conviction to impeach a witness:

for any crime regardless of the punishment, the evidence must be admitted if the court can readily determine that establishing the elements of the crime required proving — or the witness’s admitting — a dishonest act or false statement.

Similarly, Alabama Rule of Evidence 609(a)(2) provides that

evidence that any witness has been convicted of a crime shall be admitted if it involved dishonesty or false statement, regardless of the punishment.

So, should prior convictions for theft and/or robbery be admissible under Federal Rule of Evidence 609(a)(2) or its Alabama counterpart?

Share
The University of Michigan Law School invites junior scholars to attend the 5th Annual Junior Scholars Conference, which will be held on April 26-27, 2019 in Ann Arbor, Michigan. The conference provides junior scholars with a platform to present and discuss their work with peers, and to receive detailed feedback from senior members of the Michigan Law faculty. The Conference aims to promote fruitful collaboration between participants and to encourage their integration into a community of legal scholars. The Junior Scholars Conference is intended for academics in both law and related disciplines. Applications from postdoctoral researchers, lecturers, fellows, SJD/PhD candidates, and assistant professors (pre-tenure) who have not held an academic position for more than four years, are welcomed.
Applications are due by January 12, 2019.
Further information can be found at the Conference website: https://www.law.umich.edu/events/junior-scholars-conference/Pages/2019conference.aspx

My Seventh Post on the Oral Arguments in the Adnan Syed Case: Why This is NOT a "Silent Record" Case

This is my seventh post on last Thursday's oral arguments in the Adnan Syed case. This one is on the argument by Thiru Vignarajah, the attorney for the State, that this is a "silent record" case. 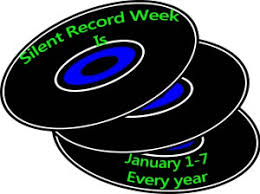 My Sixth Post on the Oral Arguments in the Adnan Syed Case: Crunching the Numbers 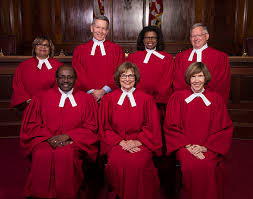 My Fifth Post on the Oral Arguments in the Adnan Syed Case: The Cell Tower Claim

This is my fifth post on last Thursday's oral arguments in the Adnan Syed case. This one covers the cell tower claim, i.e., the claim that Adnan Syed received the ineffective assistance of counsel because his trial counsel did not cross-examine the State's cell tower expert with the AT&T disclaimer.

My Fourth Post on the Oral Arguments in the Adnan Syed Case: Objective vs. Subjective

This is my fourth post on Thursday's oral arguments in the Adnan Syed case. This one covers the two points upon which the State a defense agreed: (1) there is fixed factual finding in this case that nobody from Cristina Gutierrez's team contacted prospective alibi witness Asia McClain before trial; and (2) the test for determining whether trial counsel was ineffective under Strickland v. Washington is an OBJECTIVE test, not a SUBJECTIVE test. So, what does this distinction mean, and why is it so important to the defense? 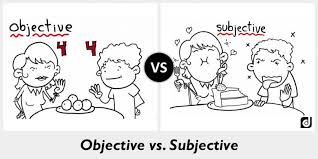 This is my third post on Thursday's oral arguments in the Adnan Syed case. This post addresses something that the attorney for the State, Thiru Vignarajah, gave repeated attention in his oral arguments: whether the defendant was asking the judges to create a per se rule that failure to contact an alibi witness is always ineffective assistance of counsel. In this post, I will explain why I think this emphasis was misguided. 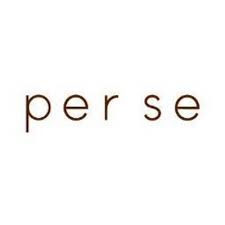