Most of the oral arguments dealt with the issue of whether trial counsel Cristina Gutierrez was ineffective in failing to contact prospective alibi witness Asia McClain.* In order to establish a claim of ineffective assistance of counsel, a defendant must establish two elements derived from the Supreme Court's opinion in Strickland v. Washington: (1) trial counsel rendered deficient performance; and (2) this deficient performance was prejudicial, i.e, undermines confidence in the jury's verdict. 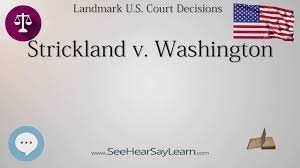 As I noted in my post previewing the oral arguments, I believe that the case law supports the defense on both of these elements...but I believe that case law on the deficient performance prong is even more clearly in favor of the defense. Indeed, in rejecting Adnan's claim of ineffective assistance of counsel on the alibi issue, Judge Martin Welch found that he had proven the deficient performance prong but had not proven the prejudice prong. 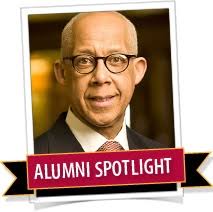 This was then followed by the attorney for the defense -- Cate Stetson -- addressing a huge case that was decided after Judge Welch's initial opinion. I first noted this case in a blog post back in May. In Skakel v. Commissioner of Correction, 2018 WL 2104577 (Ct. 2018), the Supreme Court of Connecticut found that Michael Skakel** received the ineffective assistance of counsel based on his trial counsel's failure to contact a prospective alibi witness in his murder case. 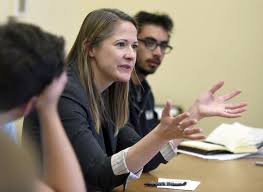 Stetson cited the key portion of the Skakel court's opinion:

Before addressing the nature and strength of the evidence adduced by the state at the petitioner’s criminal trial, it bears emphasis that our research has not revealed a single case, and the respondent has cited none, in which the failure to present the testimony of a credible, noncumulative, independent alibi witness was determined not to have prejudiced a petitioner under Strickland’s second prong.

This means that Vignarajah didn't actually address the prejudice prong until literally the last minute of his argument. And it was apparent that he was racing in that last minute, resulting in a jumbled argument about Jay supposedly being an impartial witness and three witnesses putting Jay and Adnan together on the day that Hae disappeared. Thiru Vignarajah is usually a pretty eloquent guy, but, in this last minute...not so much.

On the other hand, Stetson was very eloquent when using the last few minutes she had reserved at the end. She cited what I have frequently said is the best factual analog for Adnan: Montgomery v. Petersen. This is the case in which trial counsel contacted 12 alibi witnesses but not a thirteenth (a Sears clerk)...and the defendant's alleged accomplice testified against him and was corroborated by three other witnesses.*** 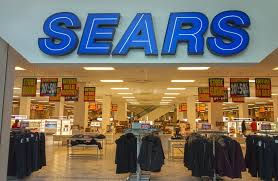 The defendant in Montgomery claimed he was buying a bike at Sears at the time of the crime(s).

It's pretty easy to see how this case helps Adnan on the prejudice prong. It had the same evidence against the defendant -- an alleged accomplice and three alleged corroborating witnesses -- and it had trial counsel not contacting a thirteenth alibi witness whereas Cristina Gutierrez didn't contact the sole alibi witness.

*Indeed, unless I missed it, I don't believe that the attorney for the State -- Thiru Vignarajah -- even mentioned the cell tower issue.

**A nephew of Ethel Skakel Kennedy, the widow of Senator Robert F. Kennedy.

***"Wayne Montgomery's testimony was corroborated by the testimony of his wife Mary Lou, Dale Montgomery, and Betty Simons."

Will undisclosed be doing a special episode analyzing oral arguments given today?

Stetson is bad ass! I want to watch her argue cases EVERY DAY! She is the definition of prepared, logical and graceful all wrapped into classy! I haven’t seen where anyone mentions what I thought was best line of the morning. Went something like.....it’s not about re-arguing the case AS MR VIGNARAJAH has done today. I literally yelled “OHHHH, BUUUURN!” At my TV! So damn proud to be a woman because of her. It might be me and my no law education thinking but she was SO ELOQUENT in her entire argument. So logical and so damn PREPARED. I found myself wanting to give her a standing ovation. I don’t know if it’s the years of hearing the State twist and manipulate the facts as the record shows that made their arguments fall on the “ARE YOU SERIOUSLY TRYING TO SELL THAT?” Side or if he really did sound nervous and made little sense with his interpretation of the law. But I do believe she gave one hell of an argument that Mr Syed should be eternally grateful for. Ms Stetson is who I want to be when I grow up!

And WHY were no questions asked about Waiver?! UGH! Drove me nuts! Only like 1 or 2 questions about prejudice too! I would give almost anything to be able to read minds right about now because most of the questions were about deficient aspects....that scares the bejeezus out of me!

Thank you for taking the time to summarize this for us. It makes it easier to understand!

Question: if Adnan wins on the dificient performance as you’ve suggested, does that mean he gets a retrial?

Colin, is there audio of the argument anywhere?

Hey Jes, I just watched the full video of the oral arguments on YouTube..
Fascinating stuff 😊

Aysha: He has to win on both deficient performance and prejudice.

Forgive the triviality of this question, but what is up with those red robes? They're so Kubrick.