Yesterday, there were oral arguments in the Adnan Syed case in the Court of Appeals of Maryland (Maryland's highest court). The primary focus during those arguments was on the issue of whether Adnan received ineffective assistance of counsel based on his trial counsel's failure to contact prospective alibi witness Asia McClain. As I noted yesterday, there are two prongs that a defendant must prove to establish a claim of ineffective assistance of counsel: (1) trial counsel rendered deficient performance; and (2) this deficient performance was prejudicial, i.e, undermines confidence in the jury's verdict. Yesterday's post dealt with the prejudice prong. This post will start to deal with the deficient performance prong.

During oral arguments, the attorney for the State -- Thiru Vignarajah -- placed huge emphasis on a Supreme Court opinion to support his argument, but it wasn't Cullen v. Pinholster, the opinion I expected. Instead, it was Burt v. Titlow. 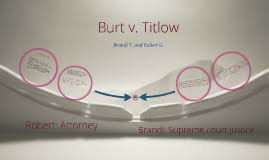 There will be oral arguments in the Adnan Syed case in the Court of Appeals of Maryland tomorrow, November 29, 2018, at 10:00 A.M. For those who want to attend in person, the arguments are open to the public, with limited seating. The Court of Appeals is at 361 Rowe Boulevard in Annapolis, with doors opening at 8:30 A.M.:

On Thursday, there will be oral arguments in the Adnan Syed case in the Court of Appeals of Maryland on two issues: (1) was trial counsel ineffective in failing to contact prospective alibi witness Asia McClain; and (2) was trial counsel ineffective in failing to use the AT&T disclaimer to cross-examine the State's cell tower expert (with emphasis on whether Adnan has waived this issue)? What's interesting is that the Court of Appeals addressed similar issues a mere four years ago in its 2014 opinion in Kulbicki v. State. In Kulbicki, the Court of Appeals of Maryland found that trial counsel was ineffective in failing to cross-examine the State's comparative bullet lead analysis (CBLA) expert with a report calling into question the reliability of CBLA.* And, importantly, the Court of Appeals did so despite the defendant previously abandoning that issue. So, Kulbicki and the Adnan Syed case both involve similar substantive issues and also both involve possible issues of waiver. In Kulbicki, 4 judges ruled in favor of the defendant and 3 dissenting judges ruled in favor of the State. So, a mere four years later, how many of those same judges will hear Adnan's case?

On November 19th, Justin Brown filed the final brief before oral argument will occur at the Court of Appeals of Maryland in the Adnan Syed case. This brief both is and is not about the cell tower claim. So, what exactly does that mean?

On Tuesday, Louisiana voters overwhelmingly voted to abolish the practice of allowing non-unanimous jury verdicts in felony cases (e.g., a defendant could be convicted of manslaughter based on a 10-2 jury verdict [10 guilty, 2 not guilty]). In the wake of this vote, Oregon's House majority leader Jennifer Williamson plans

to introduce two bills in 2019 in an effort to overturn Oregon's non-unanimous jury law...

The first would seek a legislative fix to the law that allows juries in most felony cases — aside from murder — to convict defendants with a 10-2 vote, she said.

The second would refer the issue to voters, who would then decide whether to overturn an amendment in the state constitution enacted more than eight decades ago.

In the last few days, the reporting has focused on Oregon being the last state that allows non-unanimous jury verdicts in felony cases. In one sense, this is true. In another sense, this is false, and it could mean that innocent people have been and will continue to be executed.

My New Article: "The Right to Evidence of Innocence Before Pleading Guilty"

I have posted the draft of my new article, "The Right to Evidence of Innocence Before Pleading Guilty," on SSRN. Here is the abstract:

George Alvarez, a ninth grade, special education student, pleaded guilty to assault of a peace officer in Texas. Four years into his sentence, Alvarez learned that the State had suppressed a video of the incident that proved his actual innocence. Alvarez claimed that the city violated the Brady doctrine by failing to disclose material exculpatory evidence. In rejecting his claim, the Fifth Circuit concluded that “case law from the Supreme Court, this circuit, and other circuits does not affirmatively establish that a constitutional violation occurs when Brady material is not shared during the plea bargaining process.” Given that 95% of convictions are secured through guilty pleas, such an interpretation of Brady means that few defendants are entitled to evidence of their innocence before being convicted.

This article argues, however, that these courts are ignoring a forgotten Supreme Court opinion that was central to the creation of the Brady doctrine. In its opinion in Wilde v. Wyoming, the Court recognized that the suppression of favorable substantive evidence before a defendant’s guilty plea can violate the Due Process Clause. Later, the Court stated that its Brady opinion was merely an extension of its prior opinions such as Wilde. And yet, while each of the other opinions that formed the foundation for the Brady doctrine has had a lasting legacy, the Wilde opinion has been lost to time despite never being repudiated. This article calls for a resurrection of Wilde and the recognition of a right to evidence of innocence before pleading guilty.

Any feedback would be much appreciated.

The Case of the 9th Grade, Special Education Student and the Right to Evidence of Innocence Before Pleading Guilty

On November 27, 2005, George Alvarez, a ninth grade, special education student, was arrested by the Brownsville Police Department and taken to a detention center on suspicion of public intoxication and burglary of a motor vehicle. Alvarez tried to use the telephone located in his holding cell to call his family; when the phone didn't work, "Alvarez banged the headset against the phone and yelled for the jailers to fix the phone." Because Alvarez was being somewhat disruptive, officers removed Alvarez from his cell to the center's booking area, whereupon Alvarez engaged in a conversation with Officers Jesus Martin Arias, Guadalupe Rios Salinas, and Nelson W. Mendoza. According to all three officers, Alvarez then attacked Officer Arias.

Alvarez was thereafter charged with assaulting a public servant, a third degree felony in Texas with a sentencing range between 2-10 years. "Despite believing that he did not assault Arias, Alvarez also believed 'I had no [way to win the case]. It's my word against their word, and they're always going to believe them because they're like the law.'" Alvarez thus pleaded guilty to to the assault. Four years into Alvarez's eight year sentence,*

video footage came to light that prosecutors had never gathered from police officers, and thus never shown to the grand jury. The footage showed no such attack. Instead, the guard could be seen placing Alvarez in a choke hold and eventually a head lock while the young man flailed beneath him. His hands and arms were pinned down, nowhere near the guard’s throat. The Texas Court of Criminal Appeals found Alvarez to be “actually innocent” of the charges.